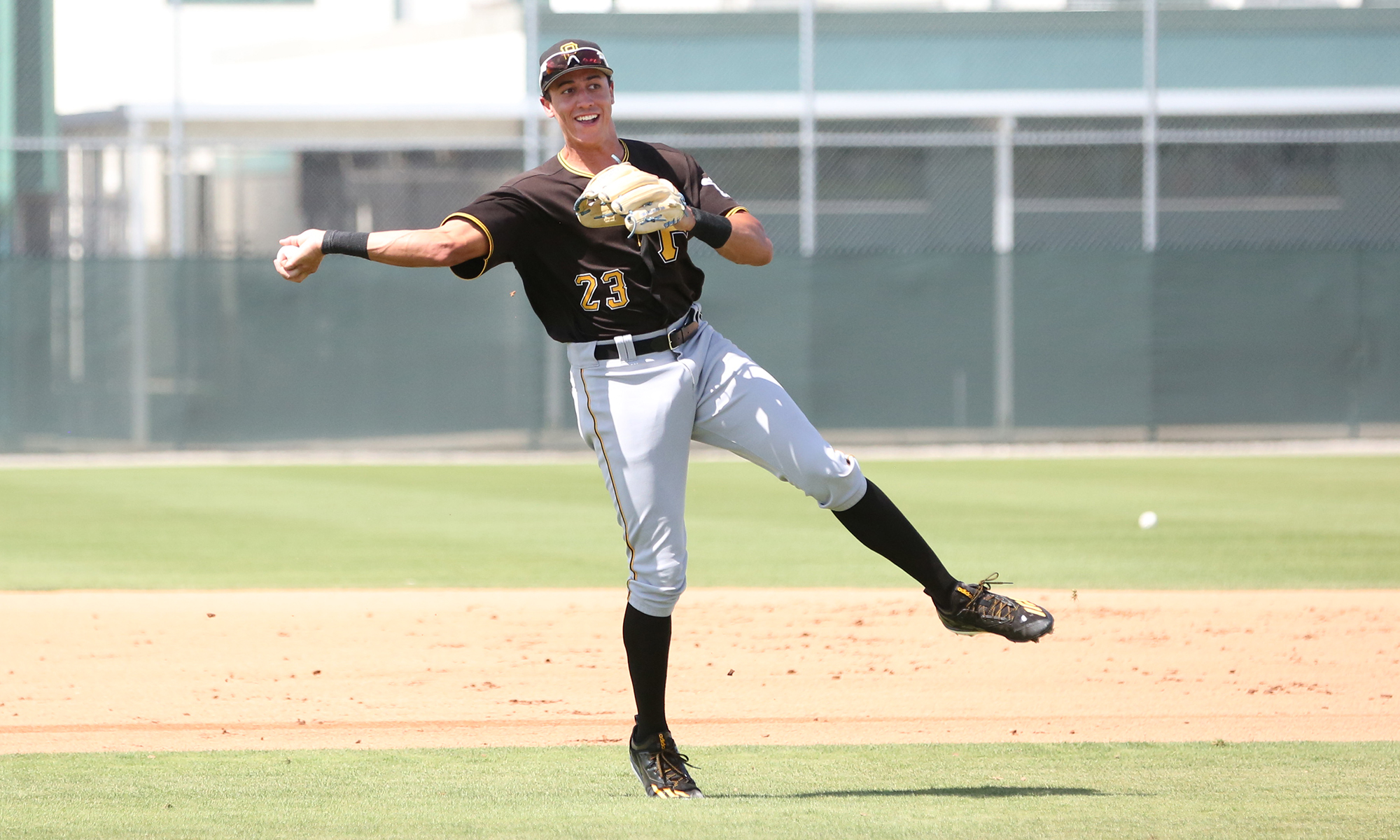 Today should be a good day for following the prospects of the Pittsburgh Pirates in the Arizona Fall League. Dario Agrazal is the starting pitcher against Peoria, while Bryan Reynolds and Cole Tucker are both in the lineup. Relievers Matt Eckelman and Blake Weiman haven’t pitched since last Tuesday, so both should see action today. We could also possibly see Geoff Hartlieb pitch, since he last went one inning on Friday.

I’m going to add live updates to this post for every half inning that involves a Pirate prospect. If you want to follow along with the game, the GameDay feed can be found here. Comments are open for AFL talk or anything Pirates related.

Bottom 1st: Well this went south in a hurry. Agrazal was listed as the starter until the first pitch and now he’s apparently not pitching. Not sure if he was scratched, will pitch in relief, or the schedule was just wrong, but I know it was originally his day to pitch…still have two hitters to follow and some likely relievers.

Top 2nd: Bryan Reynolds flew out to center field on a 2-0 pitch. He came into the game 2-for-7 with two walks in his two starts. Cole Tucker walked on five pitches. He went 5-for-14 with two walks and four steals in his first four games. Tucker scored on a two-run homer.

Top  4th: Reynolds walked on five pitches to start the inning. With Tucker up, Reynolds picked up his first stolen base of the AFL season. On a 2-0 pitch, Tucker doubled on a line drive to right. Reynolds scored on the play, but Tucker was thrown out at third base.

Bottom  4th: Blake Weiman came out with a man on first and two outs. He allowed a single to the first batter he faced, then got out of the inning on a pop up to third base.

Top 5th: Reynolds came to the plate with men on first and second and one out. He grounded out to first base, which moved both runners up. Tucker walked to load the bases. The inning ended one batter later on a strikeout. Surprise is up 4-0.

Bottom 5th: Weiman retires the first batter on a ground out to second base. That was followed one pitch later by an infield single to third base. Three pitches later, Weiman had a strikeout for the second out. The inning ended two pitches later on a caught stealing. That ended his day with 1.1 scoreless innings.

Top 8th: Surprise mounted a small comeback in this inning. Reynolds walked to load the bases with two outs for Tucker, who struck out swinging to end the inning. The Saguaros added three runs.

Bottom 8th: Matt Eckelman made his second appearance of the AFL season. He gave up a lead-off double, then got a fly out to center field. The next batter grounded out to shortstop for the second out. Eckelman couldn’t get out of the inning without damage, serving up a two-run homer. That was followed by a walk, then an inning-ending ground out to second base. He threw 18 pitches total, ten for strikes. His fastball was 94 MPH, 80-81 for the breaking ball.