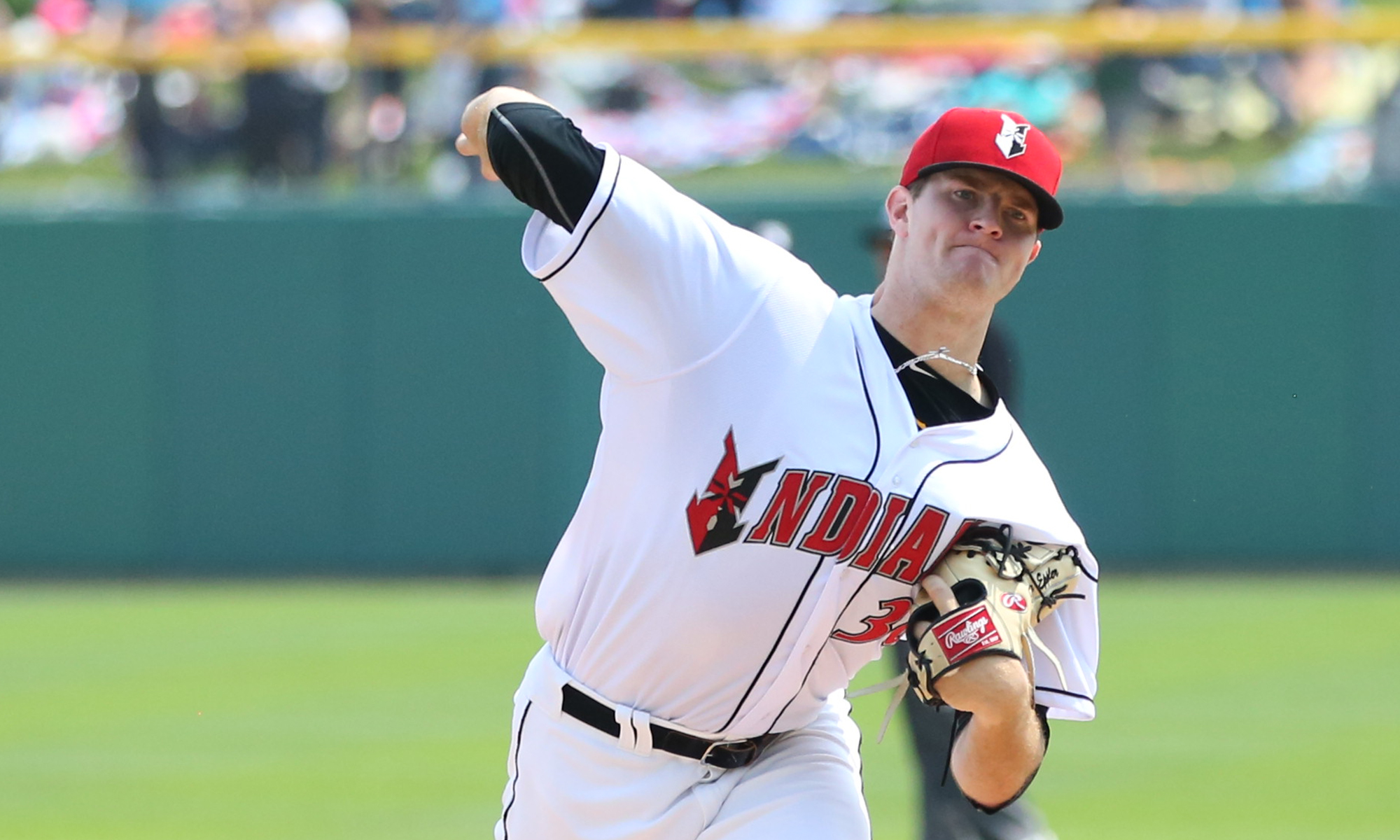 Indianapolis won their season finale by a 4-0 score over Louisville.

Tyler Eppler got the start today and was brilliant for seven innings, allowing just three singles and a walk, while striking out six batters. He needed just 76 pitches to get through his day. He finishes with a 3.59 ERA in 153 innings. Casey Sadler worked a scoreless eight and Montana DuRapau worked around a pair of walks to preserve the shutout.

Wyatt Mathisen got the scoring started early with a solo homer in the fourth, his ninth of the season. Erich Weiss followed two innings later with a three-run homer, his fifth homer of the year. Mathisen had three hits, while five other players had one each.

Dario Agrazal got the start in the season finale and did not finish on a strong note. In three innings, he allowed ten earned runs on 13 hits, including five homers and four doubles. Sean Keselica followed with four runs in his 2.1 innings, before Tate Scioneaux allowed the final three runs. Geoff Hartlieb stopped the bleeding with a scoreless eighth.

Ke’Bryan Hayes goes into the playoffs on a hot streak. After back-to-back four-hit days, he had two hits today, walked twice and drove in three runs. Cole Tucker also finished strong with two hits, a walk and two steals, giving him 35 stolen bases on the season. Will Craig finished with 102 RBIs, after a single and a walk in this game. Stephen Alemais and Jin-De Jhang each had two hits, while Bryan Reynolds had a single and walk.

Altoona will be on the road in Akron on Wednesday night to begin the playoffs.

Bradenton’s season ended Sunday. They finished with a 56-74 record.

West Virginia lost 7-4 to Charleston. They needed either a win today or a Kannapolis loss to make the playoffs and neither happened.

Sergio Cubilete got the start with a spot in the playoffs on the line. He didn’t last long, as the Power went to the bullpen at the first sign on trouble. Cubilete threw 2.2 innings, allowing three runs (one earned) on three hits and a hit batter, with no walks and three strikeouts. Ryan Valdes followed with one run over 4.1 innings.The only runner he allowed was a solo home run, otherwise he retired the other 13 batters he faced, five by strikeout. John Pomeroy took over in the eighth and gave up two hits, before Beau Sulser took over with one out. He served up a three-run homer to make it a 7-4 game.

Connor Kaiser had the big hit for the Power, belting a three-run homer in the fifth inning. It was his first with West Virginia and his second home run on the season. They scored their first run of the game earlier in the fifth inning on back-to-back doubles from Raul Hernandez and Rafelin Lorenzo. Those two combined for half of the Power’s eight hits, with each of them also collecting a single. Calvin Mitchell hit his 29th double. Travis Swaggerty had a single, walk and run scored. He finished with a .129/.225/.226 slash line in 16 games with the Power.

Alex Manasa got the start and went five innings, allowing one run on four hits, with one walk and one strikeout. He finishes the season with a 4.48 ERA in 80.1 innings. Will Gardner followed with two strikeouts in his one shutout inning. Allen Montgomery also tossed a scoreless frame, giving way to recently signed Nick Mears. He threw two innings with no hits or walks (one runner reached on an error), while striking out four batters. He only made three appearances after signing, but managed to strike out eight batters in four scoreless innings. Conner Loeprich took extra innings and allowed three run in the tenth for the loss.

The Black Bears had their chances to score, but they went 0-for-10 with runners in scoring position, left ten runners on base and they struck out 14 times.  Zack Kone had two hits and a run scored. Daniel Amaral had two singles, two stolen bases and an outfield assist. He finished with 25 steals. Edison Lantigua had a single, walk, stolen base and an outfield assist.

You can view the season preview for both teams here. Here’s the season recap and the top ten prospects list.