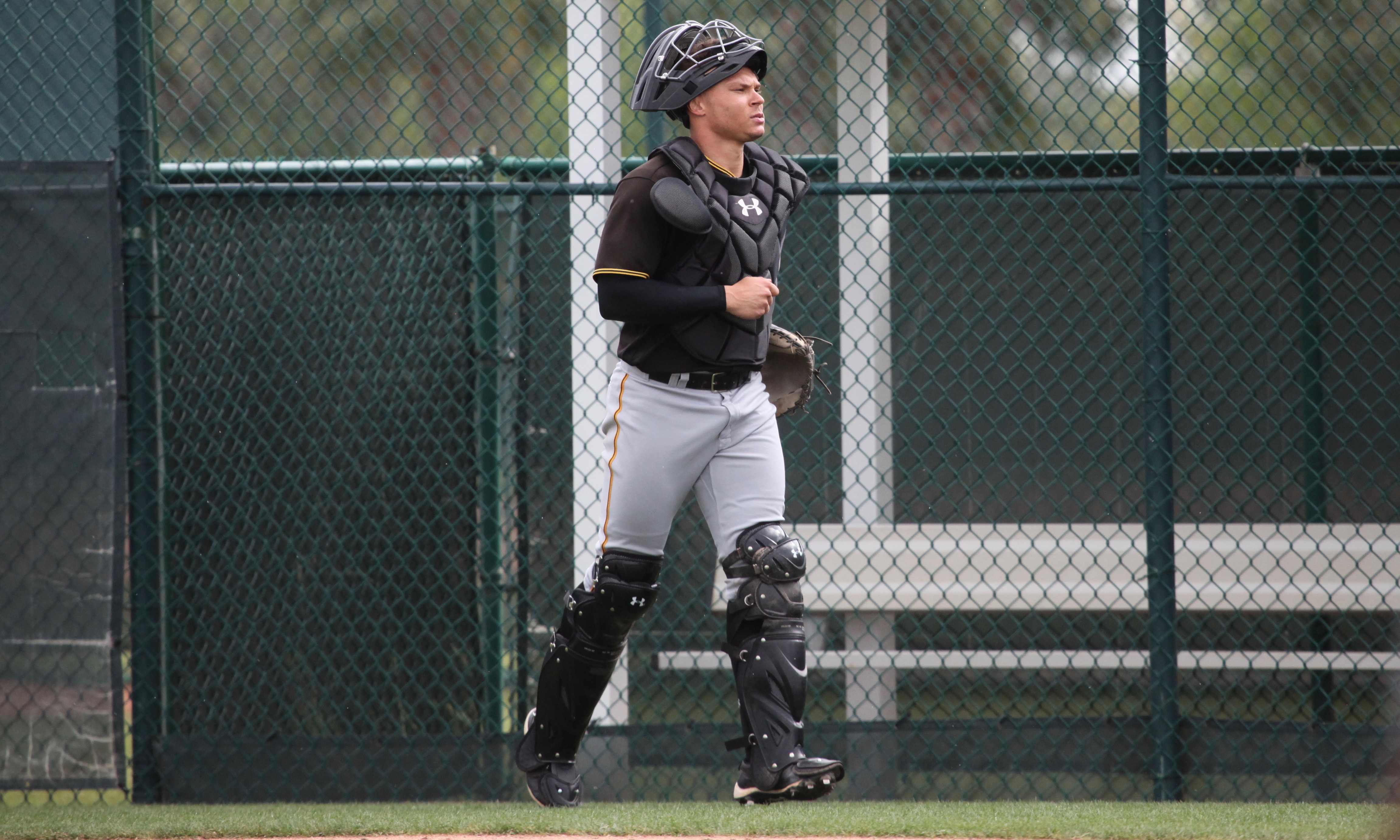 Jordan Luplow picked up his 131st Major League at-bat on Saturday afternoon. That put him over the limit that we use for players to still be considered prospects. That means he won’t be in the 2019 Prospect Guide and we need a new player for our current top 50 prospects of the Pittsburgh Pirates.

When we released our 2018 mid-season prospect guide (still available on eBook for $9.99), we also wrote up four extra reports. We knew at the time that the Pirates were trading away two prospects in their July 31st deals with the Tampa Bay Rays and the Texas Rangers. We also assumed that Luplow would lose his prospect status soon, though he ended up getting sent back to the minors a short time after the book was released.

The fourth one was written up under the assumption that we might need another one and that was actually the first thing that happened when the Pirates DFA’d Christopher Bostick. I’ve included links to the previous three articles below, complete with the reports we wrote up for the book. The numbers next to the names are their current rankings in the top 50.

Today we enter Deon Stafford into the top 50 prospects list. The catcher for West Virginia had an up and down season this year. He was selected to the South Atlantic League All-Star game due to a strong first half, then went through a slump and concussion issues in July, before rebounding in August to close out the season on a high note.

This is the last update to the mid-season eBook. Our top 50 prospects list will next be updated in the 2019 Prospect Guide, which we plan to have available before Christmas just like last year. The top 50 reports will be released first on eBook in December, then anyone who purchased one will get the free update around the beginning of Spring Training when the full book is released.

Here’s the book profile for Deon Stafford, with a slight update to his stats since we wrote it back in early August:

Deon Stafford – Stafford was drafted in the fifth round in 2017 due to his bat. It was one round after the Pirates took catcher Jason Delay due to his strong defense. Stafford spent the 2016 season with Morgantown, while Delay handled the younger pitching staff in Bristol. In 2018, Delay skipped to Bradenton, while Stafford went to West Virginia. That showed some confidence in Stafford because he was in charge of a young pitching staff and he became a leader behind the plate. His defense was much maligned prior to the draft, but he looked better than the reports last year and he’s shown signs of improvement during this season.

Stafford made our top 50 during the pre-season due to the potential of his bat. He put up solid stats in 2017 and then again during the first half of this season. He had a .793 OPS through mid-June, which got him selected to the South Atlantic League All-Star team. Since the break, the stats fell off, including a .474 OPS in July, plus he had a concussion at the end of the month. Those two things  contributed to him falling about ten spots in our rankings. He’s a 22-year-old in Low-A, who should be hitting well at the level. Once the offense started to falter, then his high strikeout rate really stood out as a current issue, instead of just being something we said could be a possible issue down the line. Stafford rebounded on offense after returning from the concussion (.867 OPS in August) and his defense is improving, so he still has a chance to make it as an offensive-minded catcher.