Williams: The Pirates Need to Maximize Their Shortstop Options For 2019 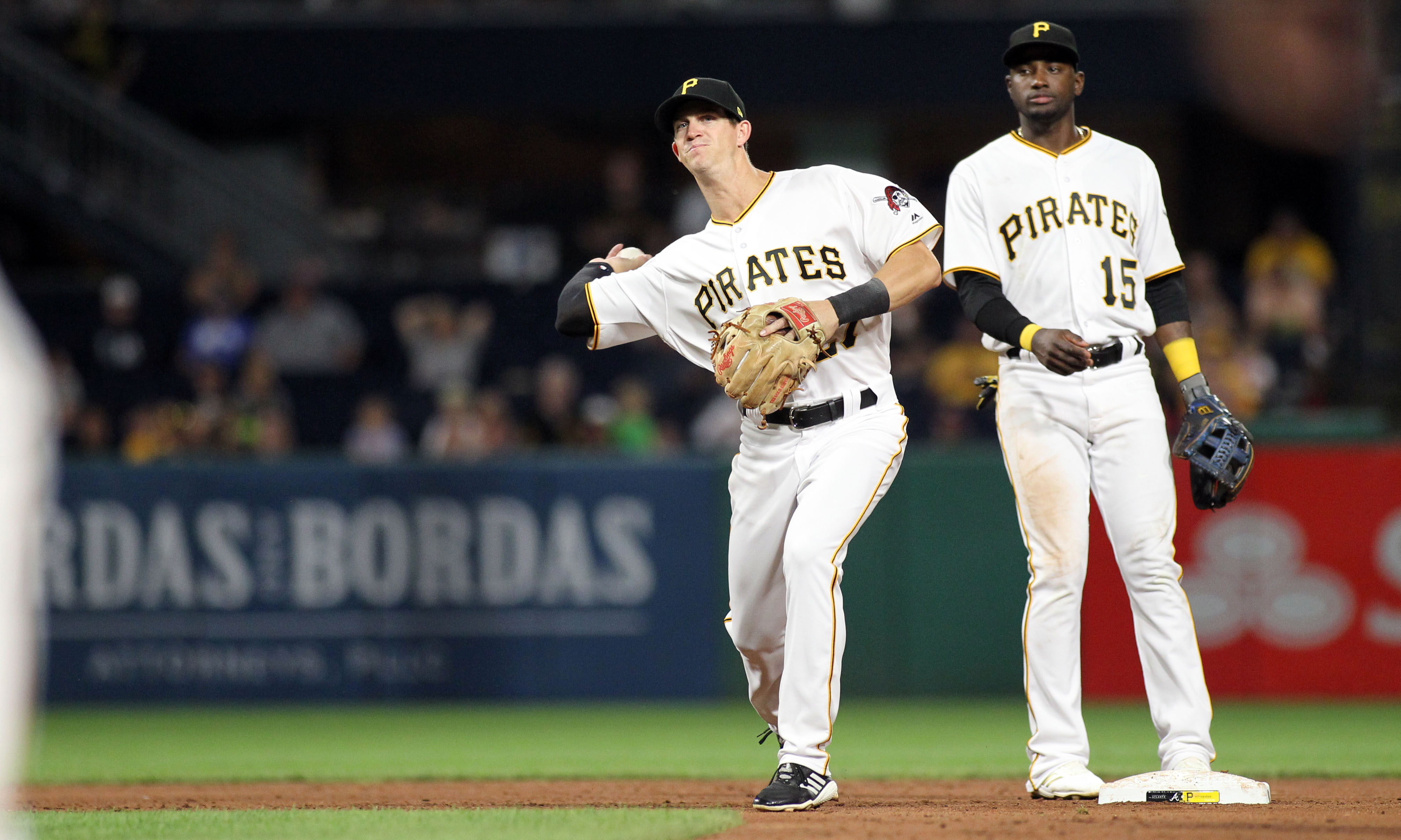 I could see an argument for using Adeiny Hechavarria as the shortstop this year, and seeing if he can be a starting shortstop option for 2019.

There’s not a lot of upside there. Last year there were 32 shortstops with 350+ plate appearances. The 2.6 WAR would have ranked 13th, although I don’t think anyone should be counting on that. The 1.4 WAR ranked 21st, just behind Jordy Mercer, and I think that’s a reasonable expectation for Hechavarria going forward.

Since the 2015 season, Hechavarria has ranked 7th out of 21 shortstops in UZR/150, 5th in Plus/Minus, and 5th in Defensive Runs Saved. He’d be a solid defensive upgrade over what the Pirates have had in Mercer the last few years, who ranked 12th, 19th, and 18th in those categories.

Offensively, Hechavarria and Mercer have been about even, with Mercer having the edge in those years. Value-wise, Hechavarria has been better during that time.

Going forward, I could see the argument for Hechavarria. He should have the same value as Mercer at least, ranking as a below-average starting shortstop who still ranks around the #20 range. His defense would be much better, and his offense has a chance at being better, which could make him a better overall option, and possibly a league average starter.

The Pirates have been giving Hechavarria a chance with Mercer on the disabled list, starting him four games in a row leading into Monday night’s game. And I can see the argument for that.

What I can’t see the argument for is bringing up Kevin Newman to ride the bench while Hechavarria starts.

Newman might get some value from being in the majors and learning during the season from Mercer and Hechavarria. But he can get that same value if he’s up in September. He can’t get playing time in Triple-A in September, which is more valuable and something he can get right now, especially since he was on a hot streak before he came up.

The Pirates need to decide what they’ve got for the shortstop position next year. Giving Hechavarria starts in the majors is one way to figure that out. But Newman would be better off in the minors getting continued development time if he’s not going to be starting on a frequent basis in the majors. If the Pirates are going to figure out what they have in him, and they’re not going to start him on a regular basis, then the best approach would be seeing if his recent Triple-A success was legit.

The usual reaction here is that Clint Hurdle is to blame. There’s an idea that Hurdle trusts veterans over young prospects, and is unilaterally making these decisions. But that idea doesn’t hold up when you dig deeper.

The Pirates have called up and given playing time to younger players over veterans in a lot of situations. They went with Colin Moran over David Freese as a starter out of the gate this year. Jordy Mercer took over for Clint Barmes in his first full season, and it seems they’re trying for a similar approach with Newman taking over for a veteran. Guys like Gregory Polanco, Starling Marte, Josh Bell, and other top prospects came up and started daily right away. Other guys like Josh Harrison and Adam Frazier got plenty of playing time off the bench.

On the flip side, there have been guys who have been called up and haven’t played. And there have been veterans who questionably still get playing time while struggling, despite an interesting prospect having success in Triple-A.

I just don’t think these are decisions that Hurdle makes on his own. They reflect decisions that are made by the entire front office, with Hurdle’s input included, but not with his sole voice driving the decision.

After all, it was Neal Huntington who recently acquired Hechavarria. He didn’t know Mercer would get hurt. But if he only wanted Newman in the majors to learn from the veterans, and play if Mercer went down, then he wouldn’t have gone out to get another shortstop.

It was Huntington who added Sean Rodriguez last year, and kept him on the roster all year this year, including putting him on the disabled list when Hechavarria arrived, rather than cutting ties. That’s despite other younger players showing promise, and Rodriguez showing nothing of his old self.

It’s Huntington who cuts ties with prospects who never received a chance — some of them who have gone on to be productive in the majors (I had to check and see if Alen Hanson was still a productive bench player this year, and he is), and some who haven’t worked out elsewhere (Willy Garcia being the guy I checked on as an example here).

These are not decisions that are made by one person. That’s why I say the Pirates are making the decision to give Hechavarria a trial, and to bring up Newman to mostly ride the bench. And however the decision gets made, I think it’s a mistake to have that combo happening at the same time. Starting Hechavarria is fine, but Newman should be in Triple-A if that’s happening on a regular basis. And if Newman is up, he should be getting starts much more often than he is right now.

Granted, I’m lower on Newman’s upside than others, and feel he’s in the same category as Hechavarria and Mercer — likely below average, with a ceiling of an average starter, and that ceiling being something that you shouldn’t bank on. So it’s not a mistake in my view to choose Hechavarria over Newman. But this is about maximizing chances of developing one of those guys, and figuring out what they have with each guy. I don’t think they maximize their chances with Newman by having him start one out of five games in the majors.