Gajtka: What I Learned In Three Years On And Off The Pirates Beat

It’s been almost exactly three years since I accepted a full-time position covering the Pirates, which started a particularly intense and interesting portion in my career.

The past two seasons have been more of a part-time thing, especially this year, when other duties and outside factors have limited me to a more sparse publishing schedule, but I’ve nevertheless felt more connected to the team than I would had I given it up altogether.

This time period in my life, when I could legitimately say I had a finger on the pulse of the Pirates, is coming to a close. Basically, I’m going back from whence I came, rejoining the Robert Morris University athletic department in a multimedia role after three years doing other things.

File this move under ‘completely unplanned developments.’ I had several media-related irons in the fire — and there are still a couple in there — but to get an offer to help lift the profile of RMU sports fits my current life better than piecing together a living via a plethora of freelance gigs. The new job necessitates some simplification, and unfortunately this column is one of the victims.

I’ve told Tim Williams this, but getting the chance to opine on the Pirates for this site, including an occasional clubhouse check-in and press box bull session, has been a treasured bastion of stability in an uncertain year.

And I don’t leave the big-league beat without reservations. I’ll be forever grateful for the chance to go behind the scenes at PNC Park and stadia across the continent to try to get a better idea about what makes the Pirates tick. This is an opportunity afforded only to a fortunate few. I can tell you I never took it for granted.

Probably the biggest thing that changed for me since the summer of 2015 is an increase in empathy for the players, coaches, managers and general managers involved in MLB. I can’t say I’ve truly walked miles in their cleats and loafers, but I can say that getting to know the cast of characters in person definitely made me think twice (or more) about any criticisms I was ready to fire their way.

That doesn’t necessarily mean that I took it easy on anyone on the Pirates since first stepping foot in that clubhouse. Many times, I felt more compelled to dig for problems and issues simply because I had the access. With power comes responsibility and all that.

The internal challenge for me was to balance my increasing affinity for the people I was covering and the bald antipathy I’d frequently absorb from social media and the comment section. I know it’s not national affairs, but covering the Pirates provided a real challenge to execute journalism, as I tried my level best to maintain some level of objectivity in an emotional, high-pressure environment.

Overall, I think I did OK at all that, if only because I’ve always had a natural desire to step back and wonder why. Even when watching games strictly for pleasure, the wheels are turning. (That can be a pain sometimes, but I hope the wheels never stop!)

Even in this era of increased digital feedback, the job of independent media member can be lonely. I assume this is how the umpires feel, since they’re a ‘third team’ on the field, so to speak. Mostly, you get noticed when you tick someone off.

Then there’s the relationship with fellow reporters. I’ve covered the Penguins and Steelers extensively over the past three years, too, but I can confidently say the baseball beat engenders the most camaraderie of the sports I’ve tackled.

Combine the lengthy road trips, extensive days at the ballpark and all the time spent waiting for players and managers in the clubhouse and you have what amounts to a friendly rivalry in the press box. Or at least that’s how I perceived it. Even though you’re fighting for unique stories, you almost have no choice but to get along on some level. In some ways, I’ve missed that feeling of kinship the most this year, more than watching the games live and tackling the interesting travel.

Overall, I’d like to say that I give up my press pass at an opportune time. Allow me to explain.

I’m not far enough removed from being ‘just’ a fan that I forget what it’s like to get completely wound up about a baserunning gaffe or fielding error, but I also understand the players’ and coaches’ points of view more completely than ever. I also have earned an appreciation for the difficulty of reporting on major-league sports, while still maintaining a critical eye for when coverage and/or analysis could be better.

If that all sounds too tidy, that’s fair. No human being has ever lived completely down the middle, so why should I be the first? At the same time, I wouldn’t trade these experiences for anything. Tempting as it is to long for the days of fanboy innocence at times, I believe the perspective gained from the past three years has been a healthy thing.

Although this is my last serial column for Pirates Prospects, I don’t plan on being a stranger over here. Tim has a good thing going and I’m glad business is doing better as this thoroughly strange season has traveled along the assigned 162-game road.

See you in the comments and thanks for reading over the past six months! It has been my pleasure to try to serve one of the heartiest fan bases in worldwide sport. 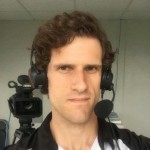