Pirates Are One of the Strongest Pursuers For Matt Garza 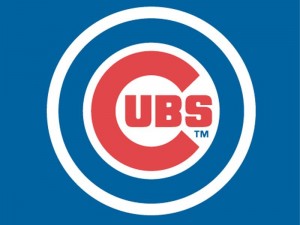 The Pittsburgh Pirates are one of the strongest pursuers for right-handed pitcher Matt Garza, according to David Kaplan of CSNChicago.com. However, they’ve got company. Kaplan lists the Pirates as one of six teams who are strongly pursuing the Cubs right-hander, also naming Texas, St. Louis, Cleveland, Toronto, and the Dodgers.

One thing that has changed in the last week is that the extension talks with Garza have fallen through. Jon Heyman reported on Sunday that the Cubs informed Garza he is likely to be traded. Heyman mentioned a lot of teams interested, but didn’t mention the Pirates. It seems the consensus is that the Rangers are the most likely destination for Garza.

Kaplan mentions that teams don’t view Garza as a number one or two, but a strong number three, and that the Cubs are asking for an exceptionally high price. He brings up the Zack Greinke trade, which landed Jean Segura and two prospects for the Milwaukee Brewers. Kaplan cites the consensus of several baseball personnel experts saying the Cubs won’t match that deal, but should come close.

Honestly I can’t see the Pirates landing Garza. I think Texas would be more likely to out-bid them for prospects. I also think the pitching this year has been good enough and should stay good enough that the Pirates shouldn’t have to deal a top prospect for two months of Garza.