Exploring the Arsenal: A Preview of the Boston Red Sox Probable Starting Pitchers 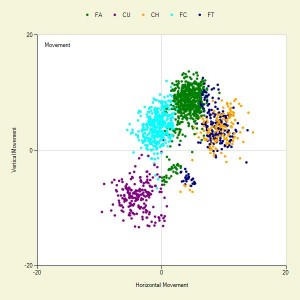 Lester throws both his four-seam and two-seam fastballs in the low 90’s, but he gets significantly more arm-side and sinking break with the two-seamer. He also throws an excellent changeup in the mid 80’s with very similar movement to the two-seam fastball. His big pitch is his cutter, which he uses often and effectively. The pitch is generally a touch slower than his fastballs, sitting in the 89-91 range. Lester also throws a mid-70’s curveball. 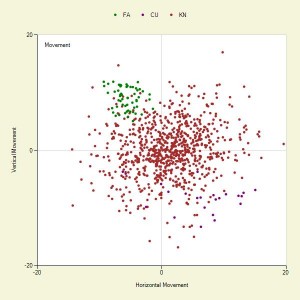 Obviously, Wakefield’s claim to fame is the knuckleball. The 44-year-old former Pirate throws the pitch almost exclusively, over 90% of the time. The knuckler averages about 65 MPH, sitting in the 60-70 MPH range over the course of a game. As with most knuckleballs, both the movement and location are all over the map. Wakefield also mixes in an occasional fastball in the low to mid 70’s in an attempt to keep hitters honest. 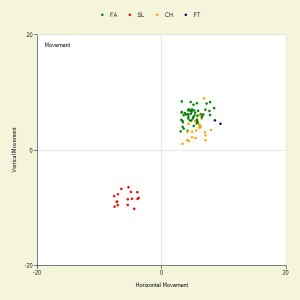 Miller has made just one major league start this season, as he attempts to resurrect his career with the Red Sox. He does not have much variety in his repertoire, sticking to a fastball, slider, changeup combination. His fastball sits in the low to mid 90’s with minimal movement. Miller also throws a slider in the 80 MPH range, with big slurvy break. His changeup sits in the mid 80’s with some sinking motion.