More to come in a bit.

UPDATE 5:55 PM: Some pictures from down around the field…

The stadium is designed to scale to replicate PNC Park.  The only exception is that the right field wall is 18.5 feet high, rather than 21 feet high, due to the fact that Penn State was founded in 1855.  Here are the pictures of the park… 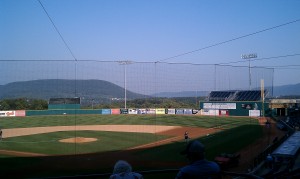 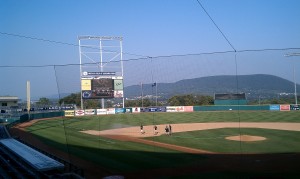 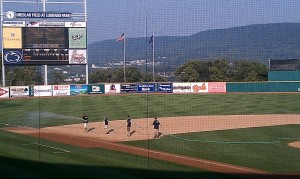 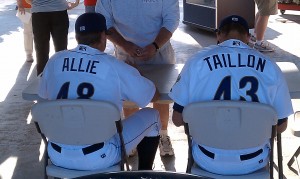 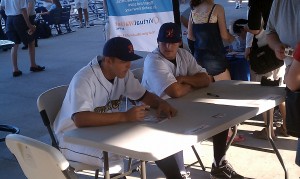 Some moves from earlier today:

-Andury Acevedo was suspended earlier today.  Zach Von Rosenberg was transferred to the GCL.  This is a paper move.  He’s still here, but I’ve been told he won’t pitch again this season.  Kevin Mort was received from the GCL Pirates.

Tyler Waldron is expected to pitch tomorrow, while Zack Dodson pitches Friday in Williamsport.  I’ll be covering both games.

UPDATE 6:35 PM: Upon further consideration, this is probably the nicest minor league park I’ve seen.  Not just the set up, but the field conditions as well.  Hard to find a set up like this, especially in a short season league.  Matt Bandi from Pittsburgh Lumber Co. is here tonight.  Just talked to him for a bit.  Nice guy, and if you don’t read his site, you definitely should.

First pitch is about to be thrown out. Switching over to Twitter.