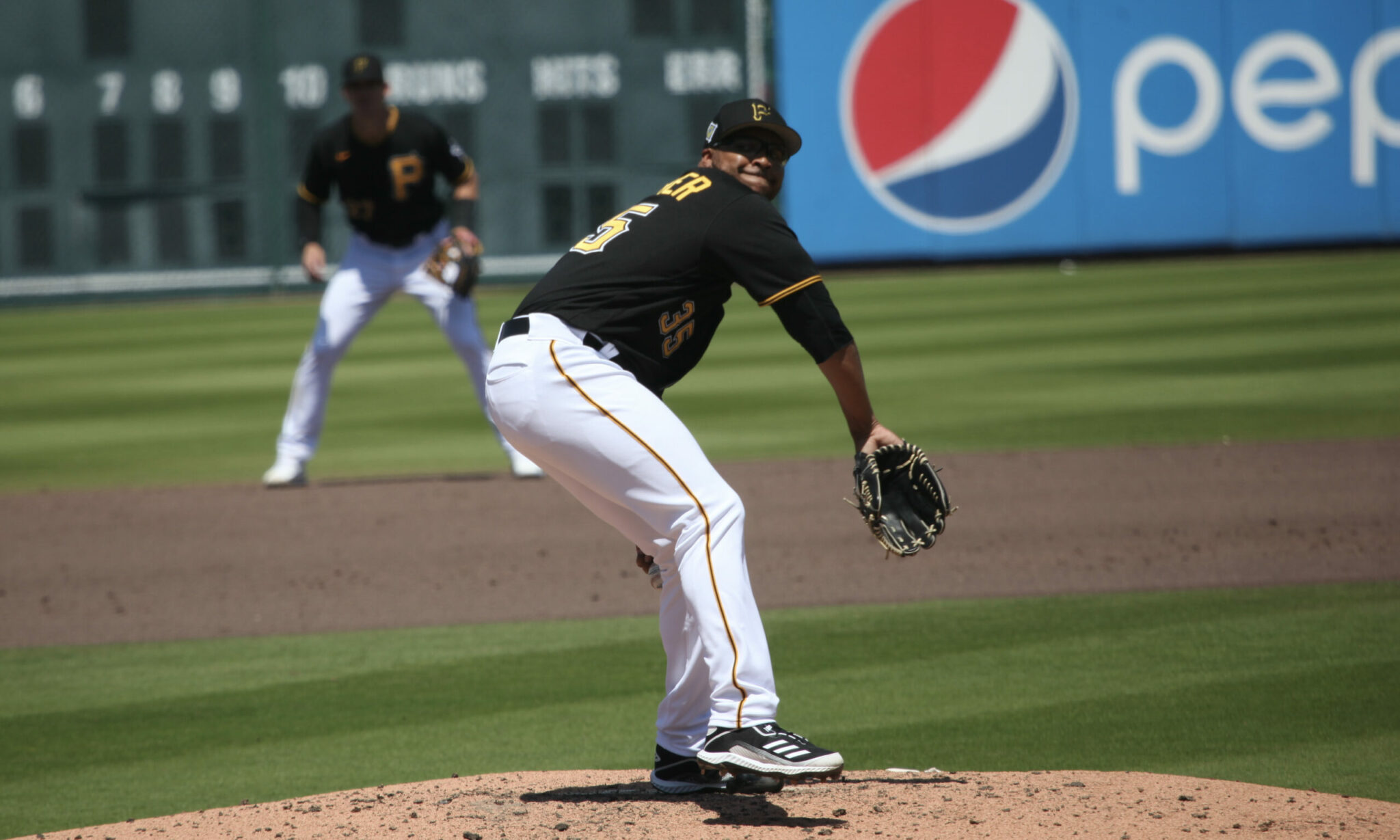 The Pittsburgh Pirates placed left-handed pitcher Dillon Peters on the 15-day injured list yesterday with a lower back strain. Today they announced that left-handed pitcher Aaron Fletcher will rejoin the team from Indianapolis to take his place on the roster.

The only question …Is he better than a position player pitching???

well, apparently the new rule is that unless the player is listed as a two way player (ie Ohtani) a position player can not come in to pitch until the team is down more than 5 runs. Apparently Roberts tried to bring in a position player in the 9th this last weekend to save the BP, and was not allowed to put the guy on the mound because they were only down 5. Had to put that player in the field as he was announced as entering the game and Roberts had to bring a pitcher in anyway. Crazy new rules.

Stephen B
Triple-A
Reply to  roibert.kasperski
#365055

Yeah, they don’t want to pollute the blessed game by letting position players pitch. It’s just…well, it makes a mockery of the game, is what it does.

Now go run out to second base, Johnny. The tenth inning is starting!

Up vote on your first comment (I think?)……. Down vote on second. The ghost runner at second adds a helluva lot of drama to a tie game. It brings in managing stratagery skill, hitting skill, base-running skill, defensive skill……infield in with runner on third, etc. It’s a great addition to the game.

After reading first comment again, I think you’re sarcasm means you actually want position players pitching…….so it’s a down vote on both comments!

Really I was pointing out how arbitrary MLBs rules are. Pick a side. You want to promote “player safety” by not having 16 inning games but you don’t want a team up (or down) 5 runs in the 9th to give its bullpen a rest.

Aye aye Lassie. But I like both rules here!

Give him one last shot

Right. He’s a short reliever so ERA means virtually nothing. He’s given up 12 hits and 3 walks in the 11 innings he’s pitched at Indy. Have to wonder how many other pitchers ERAs went up after he came in with runners on base. I suppose I could check if I actually cared, but does it really matter? The parade of the incompetents just goes on and on.

When he was with the Pirates earlier this season, he gave up 10 hits in 8.2 innings but 6 of the 10 came in two outings covering 1.2 innings. In his other 7 innings, not only did he only allow 4 hits but also had 5 K’s against 3 BB’s.

Hopefully, though, Shelton will only use him in a low leverage situation. Given how heavily he’s relied on Crowe, Stratton, and Bednar to cover high leverage situations, I can’t imagine that Shelton would turn to Fletcher unless we were well behind.

Let’s see if Shelton can hide TWO relievers at the same time. He’s definitely shown he can hide one (de los Santos).

Maybe this will force de los Santos out of hiding 🙂

How hard would it have been to jettison Beede or Hembree and bring up Allred?

Well not Hembree, can’t DFA a guy on the IL. But Beede, yeah sure. Only…they went through this once already and clearly the front office thinks more highly of both Beede and Fletcher than Alldred. That one’s been adjudicated.

Hembree is coming off any day – re-instate and show the gate.

Nutting paid money for him, and by golly he’s going to get his money’s worth, even if it costs the Pirates a few games in the standings. Him and Tsutsugo. We’re stuck with both until August. Mark it down.

That’s really BC’s call. And if Nutting objects, BC should threaten to quit. He’d have no trouble getting a new job.

The only positive thing I can come up with, (more like hoping) is he’ll blow up while up here and gets dfa’d, opening a 40 man spot for one of the more deserving young bucs

Rooting for a player on my favorite team to fail. I hope I never become this type of fan.

I think I can speak for the majority when I say, I hope Fletcher, when called upon, strikes out every MFer he faces!

I want Bolton staying stretched – but point is well-taken.

Is the best option for a reliever to call up from Indy? If so, their bullpen must be horrendous indeed…

He’s the ONLY option. Everyone else on the 40-man is on the IL (Kranick, Yajure) or just pitched (Wilson).