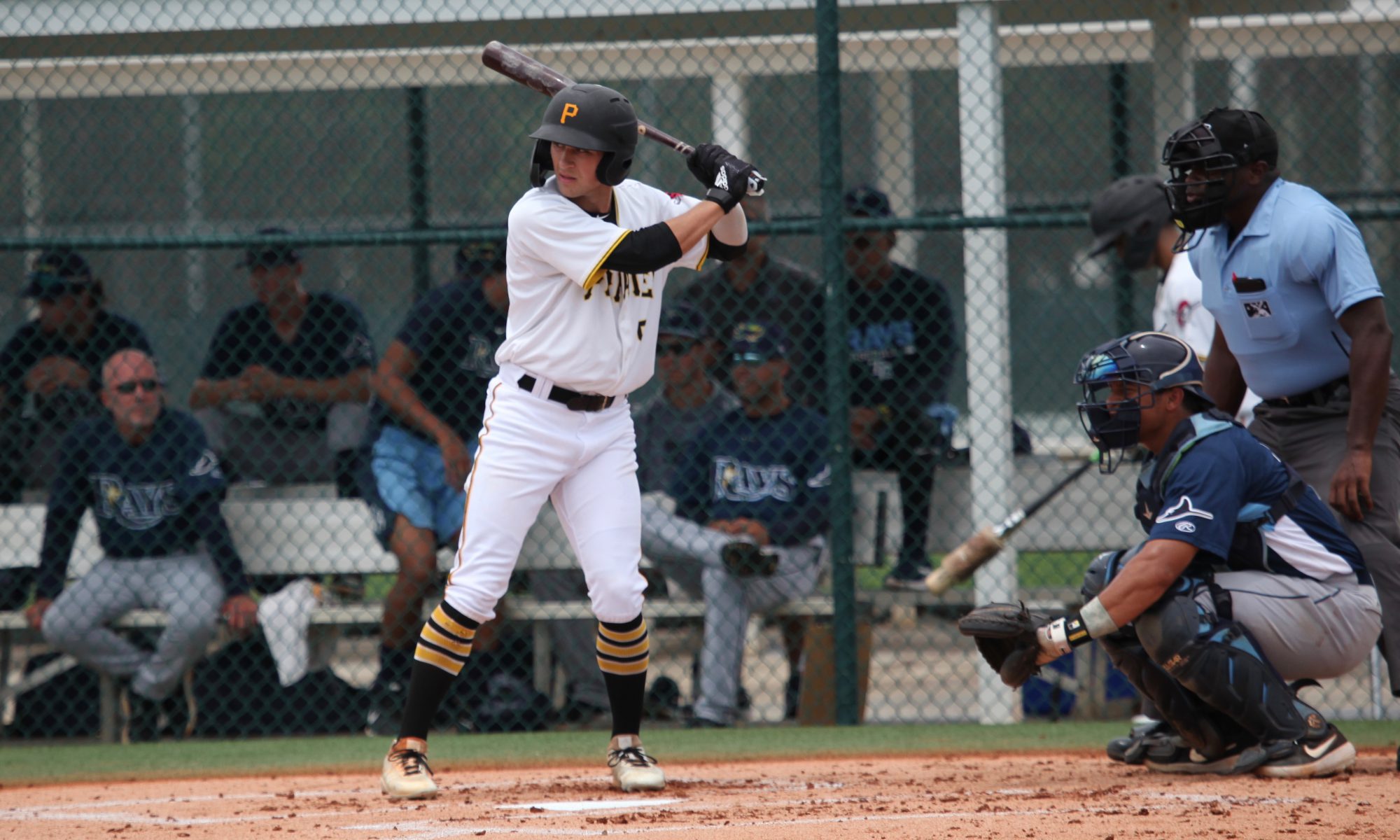 It’s been a weird season for the Greensboro Grasshoppers. After Saturday’s loss, their record has dropped to 21-28, with only Jersey Shore behind them in the South Atlantic North division.

That’s crazy to think, as Greensboro still leads the Pirates system in home runs per game, with a 1.34 mark as of this writing.

Regardless, runs are down even when just looking at games being played at First National Bank Field, where balls fly out at will.

The 2022 edition of the Grasshoppers is barely over the five run per game mark (5.09), home runs at 1.68/game and 19.17 AB/HR. They’ve scored the fourth most runs and are tied with Greenville for the most home runs at home.

Still not too shabby.

Over a full home schedule of 60 games, that’s 54 runs less and 15 fewer home runs from this to last. That’s nearly a run per game. At some point, that adds up.

So what’s the difference?

Greensboro is striking out at an alarmingly high rate in 2022. They lead all teams in the South Atlantic League in strikeouts by 54. Their strikeout rate is also the highest in the league, coming in just under 30% (29.7).

Comparatively, the 2021 Greensboro team struck out 26.5% of the time. That small difference adds up to almost 150 extra strikeouts over a full season. That’s a lot of at-bats where the ball doesn’t end up in play.

Of the eight current players on the roster with at least 100 plate appearances with Greensboro this year, only two do not have a strikeout rate of over 30% (Endy Rodriguez and Abrahan Gutierrez). Even those two, neither of which have had a full season where they struck out over 20% of the time, are pushing that mark (27.2% for Rodriguez, 27.9 for Gutierrez).

As far as the schedule goes, Greensboro will have played 26 at home by time the weekend is over and done, which is nearly halfway through. Not much time left to turn things around.

Prospect Watch: Some Good Pitching in the System

Does someone who watches these games intently know if the strikeouts are primarily a byproduct of a high OSS (outside strike zone) rate?

No streaming out of Greensboro, but it most likely the quality of players, comparing this team to last year might be a bit unfair.

Thanks Anthony…Yesterdays P2Daily article had a thoughtful look at promotion opportunities within our Milb system, the comments shifted to MLB Pirates on killing such opportunities, such is life as they say, probably good points, guess they are related🤔. So I will not discuss the big club on this Prospect article, focus on the article, so curious if there isnt some clear reasons for drop in performance? (1)Maybe last years team was loaded with high end prospects with enhanced performance, think that is something… (2)maybe teams we are playing have there better prospects at this level this year, no clue…(3)maybe are high A team isnt that rich with prospects this year, bit of a gap. Hoping 1 and 2 but probably 3, or a combo of all🤷‍♂️🤣

Last edited 2 months ago by tedwins
2

The high-end prospect part works. Peguero, Gonzales, and for part of the season, Fraizer. This year’s team is basically last year’s Bradenton team and they were one of the youngest in Single-A I believe so that’s probably somewhat the case this year. A lot of high upside kids though in Head, and Siani. Escotto and Lopez are really young. Endy is a top 10 prospect and his strikeouts at an all-time high. Wish there was more games televised to get an idea at what was going on.

I agree, but last night Banuelos' performance led to my…