Does a Top Farm System Lead to a Contender?

Over the years, Pirates’ fans have been conditioned to pin their loyalty on hope as opposed to results. Whether it’s hoping for a season that surpasses the ZiPS projections or hoping for a big trade at the deadline, or hoping that Bob Nutting finally sells the team, this is what keeps the attention of Pirates’ fans. A return to glory with little to go on but the ever ethereal hope.

Baseball Prospectus just crowned the Pirates as the best farm system in all of baseball, a few days after putting Oneil Cruz, Henry Davis, Nick Gonzales, Liover Peguero and Roansy Contreras in their top 100 prospects.

Baseball America gives Ben Cherington and Co. credit for having the third-best farm system in baseball, saying the Pirates “boast an embarrassment of riches at the top and impressive depth stretching 40 players deep. A balance of positional and pitching talent, close-to-the-majors players and high-upside youngsters herald a new era approaching in the Steel City.

Keith Law at The Athletic puts the Pirates sixth overall, saying “the system is loaded with athletes who can play, rather than just pure tools guys or performance guys without upside.”

Now, @keithlaw ranks all 30 MLB farm systems, from the juggernaut in L.A. to the worst system in baseball.

FanGraphs, MLB Pipeline, ESPN and your neighbor Bob Grzywinski down the street will all soon douse the Pirates with praise for their robust roster of prospects.

Will it matter? Does a top farm system lead to a World Series title? Or in Pittsburgh’s case, will it even make the Bucs a contender in the coming years?

Yes. And also no.

Baseball America has been tracking the #1 farm systems in their rankings each year, and the results bode well: “Since 2005, 16 of the 17 teams named as having the No. 1 farm system made the playoffs within two years of that designation. The only team that took longer than two years, the 2011 Royals, made back-to-back World Series in the third and fourth years after they were named baseball’s best farm system.”

They continued: “Fifteen of the last 17 teams to have a top-ranked farm system all made multiple playoff appearances within five years of that ranking.”

But remember, the Pirates were crowned the top pre-season farm system by Baseball America in both 1997 and 2014.

The 2014 crew fared a bit better, but didn’t generate a single win in the playoffs. With prospects such as Jameson Taillon, Josh Bell, Tyler Glasnow, Austin Meadows, Gregory Polanco, Adam Frazier and Elias Diaz, the Pirates had winning seasons in 2014, 2015 and 2018, while losing the Wild Card game those first two years. They were below .500 in the other seasons.

As Tim Williams wrote last week: “What we now have come to realize about the Pirates is that they were not good at taking raw talent and getting those talented players to their potential in the majors.”

Ignoring the fact that the evaluators may have just gotten 1997 wrong, the Pirates are Exhibit A on how to squander a top farm system.

Success requires a goulash of ingredients. You need a foundation of major league contributors. You have to acquire amateur talent through the draft or the international market. You have to have to develop players. You have to make trades that bolster all levels of the organization. You have to put players in a position to succeed on big league fields. And you need a bit of luck.

The Pirates have rarely hit on all of those elements. And given their annual payroll, perhaps they never will.

But the recent farm system rankings are a good place to start. For Pirates’ fans, they are a reason to hope.

Does a Top Farm System Lead to a Contender?

Demographics of the Pirates’ Prospects Over the Years — Origins

It’s All in Your Head: Deion Walker Showing Maturity Beyond His Years 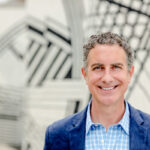 Born and raised in Pittsburgh, Jason Gindele spent the summer of 1993 as an intern in the Pirates PR department, where a gruff Jim Leyland graciously invited him into his office to talk for half an hour. Jason later covered sports for the Akron Beacon Journal, The Gazette Newspapers (a Washingon Post subsidiary) and other media outlets. After moving to the tech startup sector for 20 years, he transitioned to nonprofit work in 2017, helping at-risk children and families in Austin, TX, where he lives with his family. Jason has contributed occasional articles to Pirates Prospects and the Pittsburgh Baseball Network since 2021.

The Pirates’ Infield Defense Just Got an...