AFL Recap: Nick Mears and Blake Cederlind Have Been Tough to Hit this Fall 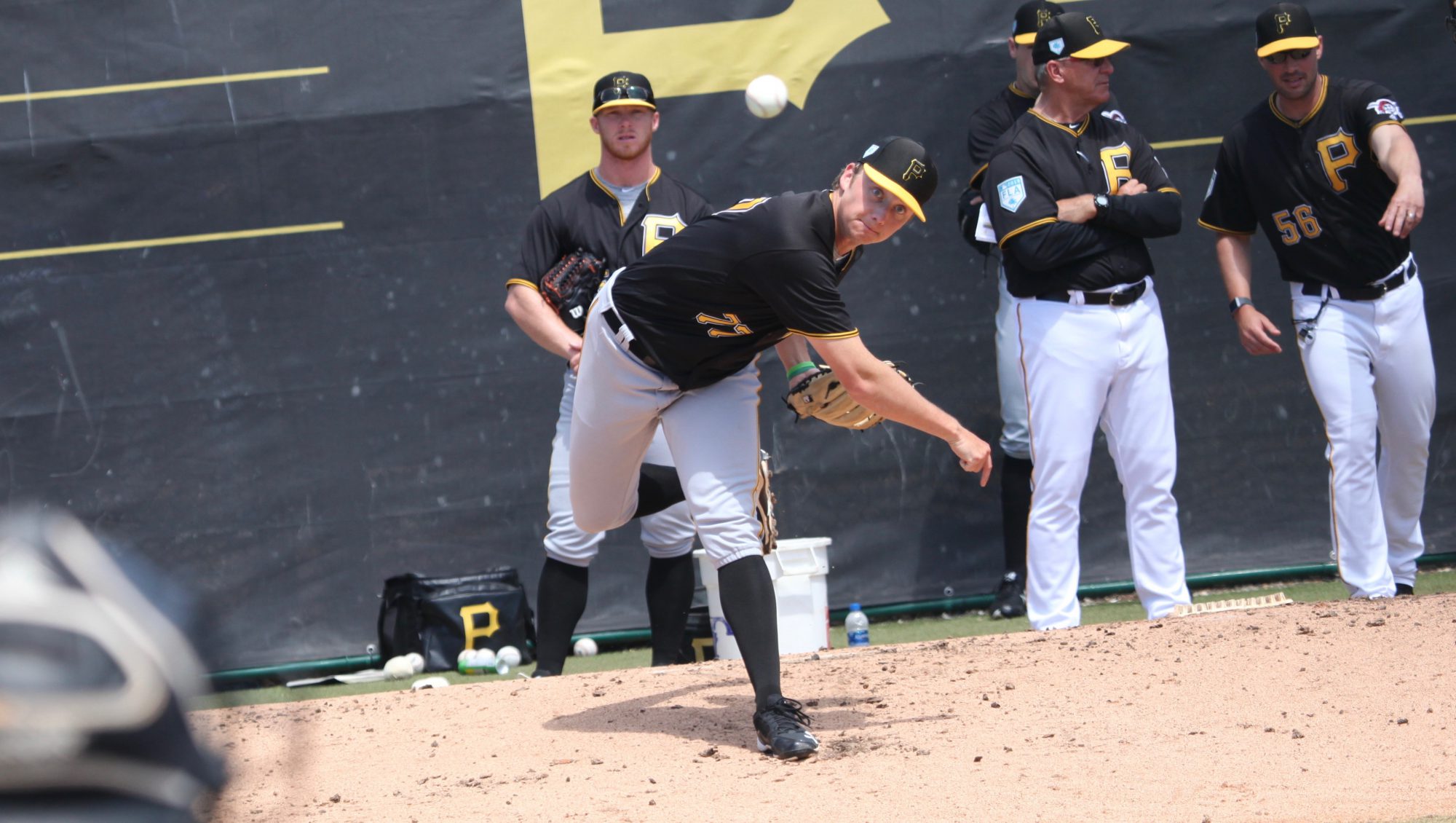 The Peoria Javelinas came into Saturday afternoon with a 12-11 record, sitting four games back in the standings with six games left on the schedule. They took on the Mesa Solar Sox on the road and lost 5-1. The Javelinas can be eliminated from the playoff race as early as Monday. Four Pittsburgh Pirates saw action in this game.

Jared Oliva was in the cleanup spot, playing right field. He went 1-for-3 with a single, walk, run scored and his tenth stolen base. He goes into the final week of the season with a .338/.443/.541 slash line through 21 games and leads the league in both doubles (11) and stolen bases. He’s fourth in the league in OPS.

Blake Cederlind took the sixth inning and retired the side in order. On 12 pitches, seven going for strikes, he picked up a strikeout, ground out and a fly out. Cederlind now has a 1.29 ERA in seven innings, with a 7:6 SO/BB ratio. He’s holding batters to an .091 average (2-for-22).

Nick Mears (pictured above) pitched the bottom of the eighth and retired the side on ten pitches, with seven going for strikes. He picked up a strikeout. Mears has thrown 7.2 scoreless innings this fall, while holding batters to an .043 average. He has five walks and ten strikeouts.