The first official signings are in from the 2023 Pirates international signing class. The team is expected to sign 12 players today, and 22 players total between today and Tuesday. The first group was signed in Venezuela. You can find the scouting reports on all seven below. We will have the reports on the other players today once they become official.

Jonathan Rivero – Lefty hitting catcher from Venezuela who is advanced for his age. A recent growth spurt has him at 6’1, 191, and he has also put on good weight, with room for more. His bat shows power already with projection to add more. He has all of the tools to remain behind the plate, including athleticism, arm, good instincts and makeup. He turned 17 years old in December.
Rivero 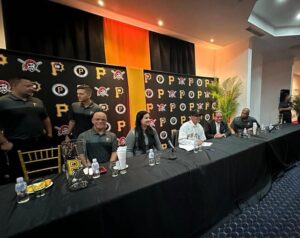 Angel Perez – The Pirates added two catchers from Venezuela. Perez is 5’10, 160, with a medium frame. His defense ahead of offense, with the ability to stay behind the plate as he gets older. As with almost everyone else in this signing class, his athleticism gets a lot of notice. He makes solid contact at the plate and drives the ball to the gaps, using the middle of the field well. Power could develop later.
Perez 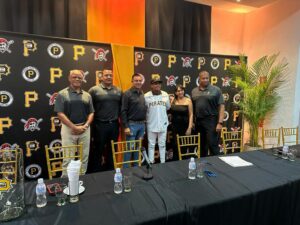 Miguel Rodriguez – He’s a 5’11”, 152 pound center fielder out of Venezuela, who turned 16 in April. His speed gets a 70 grade, while his arm is a 55 grade. He will remain in center field, where his speed will help him impact both sides of the ball. He’s a top of the order hitter, with a medium frame, strong bat-to-ball skills that produces a lot of line drives. Another plus athletic player, who is still filling out his frame.
Rodriguez 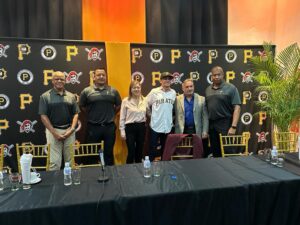 Janderson Linares – He’s a 17-year old (October birthday) left-handed pitcher out of Venezuela, who stands 6’2″, 180 pounds. He has a large frame, shows athleticism on the mound, with a durable body that should allow him to be a starter. He has the ability to spin the ball well, with average control of three pitches. His fastball is 86-88 MPH now, that has room to add plenty of velocity. His slider is his best secondary pitch, sitting 71-72 MPH, with a good feel to spin it, though it can be more of a slurve at times. His delivery is very deceptive, and he has an aggressive approach on the mound. His changeup is an average offering now, sitting 79-81 MPH.
Linares 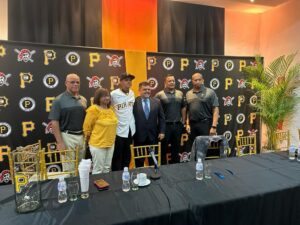 Carlos Castillo, – He’s the most exciting of the pitchers signing today. He’s a 6’2″, 166 pound right-handed pitcher out of Venezuela, who turns 17 next month. He had a growth spurt recently, so there’s more room to fill out his frame. He’s a great athlete with a solid frame, who has the full package for a future starter. He shows above average arm speed, throws all three pitches for strikes, with great spin on his pitches, and minimal effort delivery that produces easy strikes. He already spots his fastball, which he has taken from sitting 84-85 MPH last year, to touching 92 MPH in his last outing. He throws a curve that’s around 76 MPH, with 12/5 shape. He also has an 80-81 MPH changeup.
Castillo 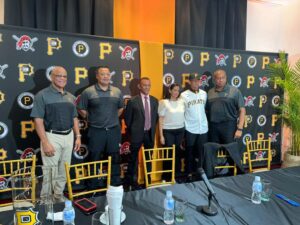 Yosmar Gimenez – He’s a 16-year-old (May birthday), 6’2″ 155 pound shortstop from Venezuela. He has a projectable body, athletic with a lean/cut physique, but room to add more. He was originally a shortstop, then got moved to center field by his trainer, and only recently returned to the shortstop spot. He has a plus arm and the tools to stay at shortstop in the future and have solid defense, but he’s very raw at the spot. He has solid speed, with a 6.8 time in the 60. Very smart player, good instincts all around, the bat rates average now, but he has shown good power from the left side.
Gimenez 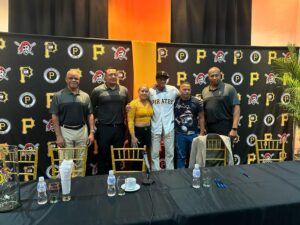 Nicolas Carreno – He’s a 5’11, 155 pound left-handed pitcher from Venezuela, who turned 16 in June. He has a medium frame to add to in the future. He has the ability to spin the ball well. He throws his fastball 89-91 MPH, while offering a slider that is 78-81 MPH. His changeup is a work in progress, one in which he was just given a new grip on the pitch and it has progressed quickly. He’s a very smart pitcher, with a good feel for the strike zone.
Cerrano 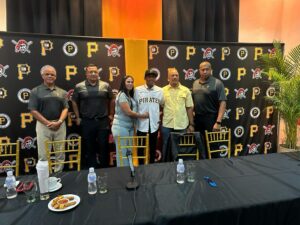 Photos of the Newest Pirates Players from...

Bonus Information for Five of the Pirates...

Is this more than the Pirates have done in Ven in the past? Seems as if they wanted to make an impression that could put them in better regard in future years.

John, the Pirates’ release has him listed as Gimenez Yosmar; do you know which is correct?

Congrats to each one of these young men and their families. Lots of proud parent moments today!

No signing bonus for these players. Welcome teall.

Venezuelan bonuses usually aren’t reported due to the risk of kidnapping.

Please don’t misunderstand, I totally get that and understand and while I’d love the bonus info I’m not complaining. However, I’ve always wondered, wouldn’t simply knowing these are young men who signed a professional contract put them in just as much danger, amount known or not?

On further review . . . MLB.com is reporting a bunch of Venezuelan bonuses. Not sure why they’d have changed the policy. AFAIK, that country is still a mess.

That’s occurred to me, but the level of sophistication of these criminals is probably very low. If you remember the incident with Elias Diaz, they sounded like drunken clowns. I can see some sense in keeping $ figures out of the news.

That’s probably adding to the shortage of info today.

Is Carlos Castillo the most exciting pitcher out of Venezuela signing today, or most exciting overall, to include the Korean pitcher?

Today’s group of 12. I had the entire article with all 12 names written up, but once I got word that seven were done and the other five were waiting, I took some info out. That’s why all of these players are identified by country, despite all being from Venezuela