Pirates Discussion: The City of Bridges

A well-run organization generally has plans created for any potential curveballs they may be thrown.

The Pittsburgh Pirates aren’t at a position yet that they necessarily need to have a backup plan if one of their expected stars has a dramatic drop-off in production — similar to their situation in 2016 with Andrew McCutchen.

They won’t need to look for someone to step-up if their rotation doesn’t pitch up to expectations — like that 2016 rotation of Gerrit Cole, Francisco Liriano, Ryan Vogelsong, Jon Niese, and Juan Nicasio.

In the Pirates previous competitive window, the front office didn’t put plans in place in the event their plan ‘A’ went awry. They tried to bridge their way to their prized prospects under the assumption they’d be ready at the appropriate — Super Two date — time. The hope this time around is that they’ll have a better plan ‘A’, but that they’ll have additional plans.

The more I think about the additions of Vince Velasquez and Connor Joe, the more I wonder what their plan is going into 2023. Is their plan to give left field to Joe and a starting spot to Velasquez? Or is it the beginning of their intent to open up the competition? Bridging to prospects while in a rebuild probably makes more sense than while trying to maintain a competitive club.

I wouldn’t expect Mike Burrows to make a push for the majors, but there are arguably five pitchers vying for the final two rotation spots between Johan Oviedo, Luis Ortiz, Bryse Wilson, Vince Velasquez, and Zach Thompson. Six, if you count the addition of Tyler Chatwood on a minor league deal.

Now, I know this sounds like I may be trying to dress up a poor looking situation, but it’s that poor situation that is why this came to mind.

It’s hard to say that Velasquez deserves a rotation spot. Maybe (I doubt it) Wilson really was on to something with his new tweaked changeup. While Ortiz enamored us with his short stint in the majors, it’s also difficult to say that he’s ready at this point. If Ortiz enters Spring Training looking like the pitcher that picked apart the New York Yankees, why couldn’t he be given a spot?

As it stands, the Pirates have nine outfielders, per their website.

With Connor Joe, he’s got major league experience, but his success at the major league level is mostly from his 63 games for the Colorado Rockies in 2021. What Joe also has is two options.

If Canaan Smith-Njiba comes into camp looking the part after a clean recovery, why couldn’t he begin in the majors? Matt Gorski might also show a clean bill of health and that he’s ready to take that next step. Diego Castillo mostly came out of nowhere during 2022 spring training and hit his way into the opening day lineup. 2023 Spring Training leaves open the opportunity for the next Castillo, but hopefully someone that grabs the opportunity by the reins and runs with it.

There has been a lot of speculation on how the organization feels about Travis Swaggerty. It’s entirely possible they were letting him focus on playing in Indianapolis while in a more secure environment. 2023 spring training very well could be an open opportunity for him to grasp a starting spot.

Really the overarching plot is mostly up in the air. Catcher and first base were positions that the Pirates NEEDED competent big leaguers in the least. There will likely be a lot of movement in the upcoming season, much in the way that the Pirates added Joe while designating Castillo for assignment, after signing Austin Hedges.

Most of these moves themselves aren’t going to move the needle much, but the fact they’re actually cutting bait leaves something to be said. If they’re going to get better, they’re going to need to increase the competition for MLB roster spots. 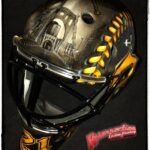 I thought of this when reading about Plan “A”

I don’t like their plan ‘A.’ I want them to spend a reasonable amount of money to get one or two real players. I don’t think it matters how many additional plans they have if plan A stinks.

Simply ripoff the marlins for Pablo Lopez and then buy more things.

Where are all of us with our “left handed outfielder” power rankings? Suwinski, Mitchell, Swaggerty, and Njigba.

I think I like Njigba the most honestly. I’d deal Suwinski and Mitchell for (relatively good) starting pitching in a split second.

I think Njigba has that dawg in him and I still am a swaggerty truther.

Hear me out, combine swaggys defense and CSNs OBP skills and we have an above avg CF. We have the ability to combine players right?

they gotta find Canaan and Kebryan a swing whisperer.

Suwinski’s a useful big-half of a platoon for me, and I still say Mitchell ends up a late-blooming Professional Hitter (TM), but I’m off Swag.

No reason not to give ’em all a run this year and see what happens, tho.

What is the minimally acceptable offensive production you would take from Swag, if he gave you near-GG defense in CF?

I think I could live with anything >85 wRC+.

CSN feels like Moran 2.0 for me, that I hope serves better results. Untapped raw power that I hope they find a way to bring out.

Yeah don’t get me wrong, I think mitchell will *hit*. I like all of em in their own special way.

“… grabs the opportunity by the reigns and runs with it.”

The whole “what are they doing?” things boils down to a pretty banal teardown/rebuild in my mind.

They either don’t believe in or are bad at getting more out of underperforming talent in the bigs, so they’re just cycling through a big chunk of mediocre prospects/players hoping to catch lightning in a bottle while prioritizing the good prospects when they’re ready.

I think you are right with their approach with Swaggerty. If he can get solid at Indy and come up mid season, it would be a solid move.

I’m not sure that the 2016 Bucs had enough depth to weather that down turn of a pitching staff. They struck lightning with AJ and Liriano and could withstand Taillon going down, but obviously, trying to fill the gap with Niese (who I thought would be good), Nicasio and Vogelsong was doomed from the start.

And then when Frankie went downhill and AJ left, well there was no lightning left in the bottle. Then NH panicked and we’re still left picking up the pieces.

This is why I am not that optimistic about BC. NH had developed a nice core of prospects, but without Cutch, Frankie and AJ where would we have been? Does BC have a Cutch? Will we be able to get a Frankie and AJ? Will Nutting spend for good players? ( never mind,,,,don’t answer that last question).

They didn’t, and that was the problem. They were expecting their stable of Triple-A top prospects to all be ready to hit the ground running as their “upgrades”. That line GM’s like to use when they’re not expecting to make any deadline moves that, “We believe our upgrades will come internally”.

’16/’17 was bad, but ultimately largely unavoidable.

I think we don’t give enough credit to how close Huntington was to turning it back around, though.

’18 wasn’t a bad club, and he finally got the gumption to air it out a bit. Unfortunately he made the worst mistake of his career, and then doubled down by paralyzing himself and doing absolutely nothing for the ’19 club.

A successful big trade at the ’19 deadline followed by a legitimate effort to improve the ’19 club and that’s easily a playoff contender with the talent in the org. Could’ve had them rolling on a string of watchable teams that actually built back a fanbase and could be retooled on the go, Brewers-style.