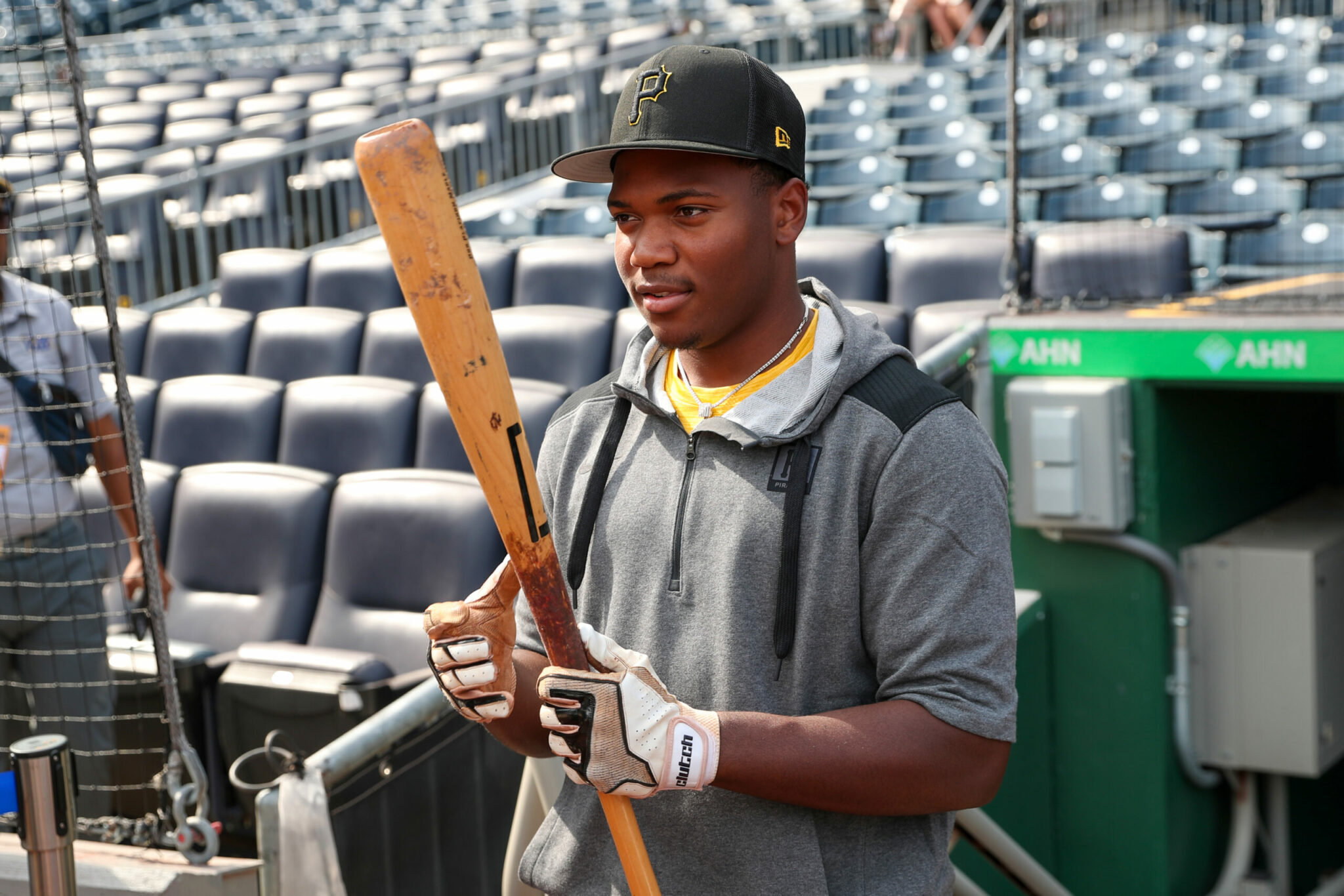 Keith Law at The Athletic released an updated top 60 prospects list that includes drafted players. The Pittsburgh Pirates have three players on this updated list, including their top draft picks from three of the last four years.

Henry Davis leads the way for Pirates on the list. He ranked 20th in the preseason list for Law, and he now ranks 17th  overall.

Termarr Johnson is second on this list for Pirates, ranking 30th overall. Among players drafted this year, he ranks third, one spot behind Cam Collier, and eight spots behind Druw Jones.

Quinn Priester made a big leap on this list due to his impressive work at Altoona this year.  He jumps from 57th overall in the preseason, up to 33rd overall.

In case you missed it over the weekend, Oneil Cruz lost his prospect eligibility on Saturday night when he struck out as a pinch-hitter in the ninth. That was his 131st at-bat, pushing him over the limit. He actually would not have been considered for this list anyway, as Law states the current big league players weren’t eligible for his update.

I mention the Cruz graduation in part because Baseball America updated their list to take him off. The Pirates have three of the top 100 prospects for them now, Davis, Liover Peguero and Priester, but they also haven’t updated for draft picks.

TJ rated behind Collier. What gives? Maybe the Pirates could have saved millions of pool money by taking Cam instead of TJ and then spread the saved money out on some more high end high school players.

Anyone else feel this whole build is going sideways and the Cubs and Reds (who notably started their tank after Pgh) will be competitive before the Pirates? Or am I the only one?

Jackson Chourio, a Brewers OF prospect, moved from unranked to #3

Last edited 2 months ago by ArkyWags
1

The industry has placed more and more value on younger and younger prospects over the last decade or so, and there hasn’t been a bigger breakout stud in baseball than Chourio. Something like this was bound to happen.

Look how many NL Central teams have prospects higher rated than us. Reds have two!

Disappointing representation. Gonzales and Peguero didn’t even make honorable mention. Termarr has never played a game so it is hard to tell how he’ll do. Hopefully,
Priester and Davis quit getting injured. Not a lot of top shelf talent, that’s for sure. Ben has not done well for himself so far, that’s for sure.

Gonzales not even in Baseball America’s Top 100 now? Just Davis, Priester and Peguero? Ugh. Our highly touted farm system appears to be flaming out?

I bet Burrows and Endy will end up 50 FV prospects by the time 2023 lists roll around, but thats probably less than those who’ve graduated or dropped in value. Still an enormous slug of 40/45 FV prospects who just kinda stagnated…for now.

I have no problem with Gonzales dropping out of the top 100 until he’s healthy and shows he can make more consistent contact. OTOH, I think Rodriguez should be comfortably in the top 100 and Burrows on the edge of it.

A bit surprised and disappointed Bae and Peguero didn’t crack the top 100.
Expected Gonzales to drop like a stone but he has to get healthy. Winter ball and next year will tell us if he is a Ben bust.

My only guess with Endy is that the batted ball data might be lacking…I think it was Longenhgen who noted last year he had soft exit velos, and the vast majority of his power output this year has been at home. Still love the kid.

Sure, all the stuff other than power!

It’s funny – Endy is almost exactly 1 year to the day younger than Nick Gonzales and Nick had slightly better numbers than Endy in Greensboro last year; however, people never referred to his season at Greensboro as ‘fantastic’

For me that difference in opinion is due to strikeout rates. Endy’s is clearly better but even more impressive is how he has improved that as the season has gone on (only 11 K’s in 94 PA’s in July, for example). Obviously I want Gonzales to succeed–he seems like a great guy and is a great story. I worry, though, about his ability to hit better pitching.

Dude also handwaives age factor and position, along with composition of his production as you note, as if they aren’t exactly what makes him more exciting than an average second baseman.