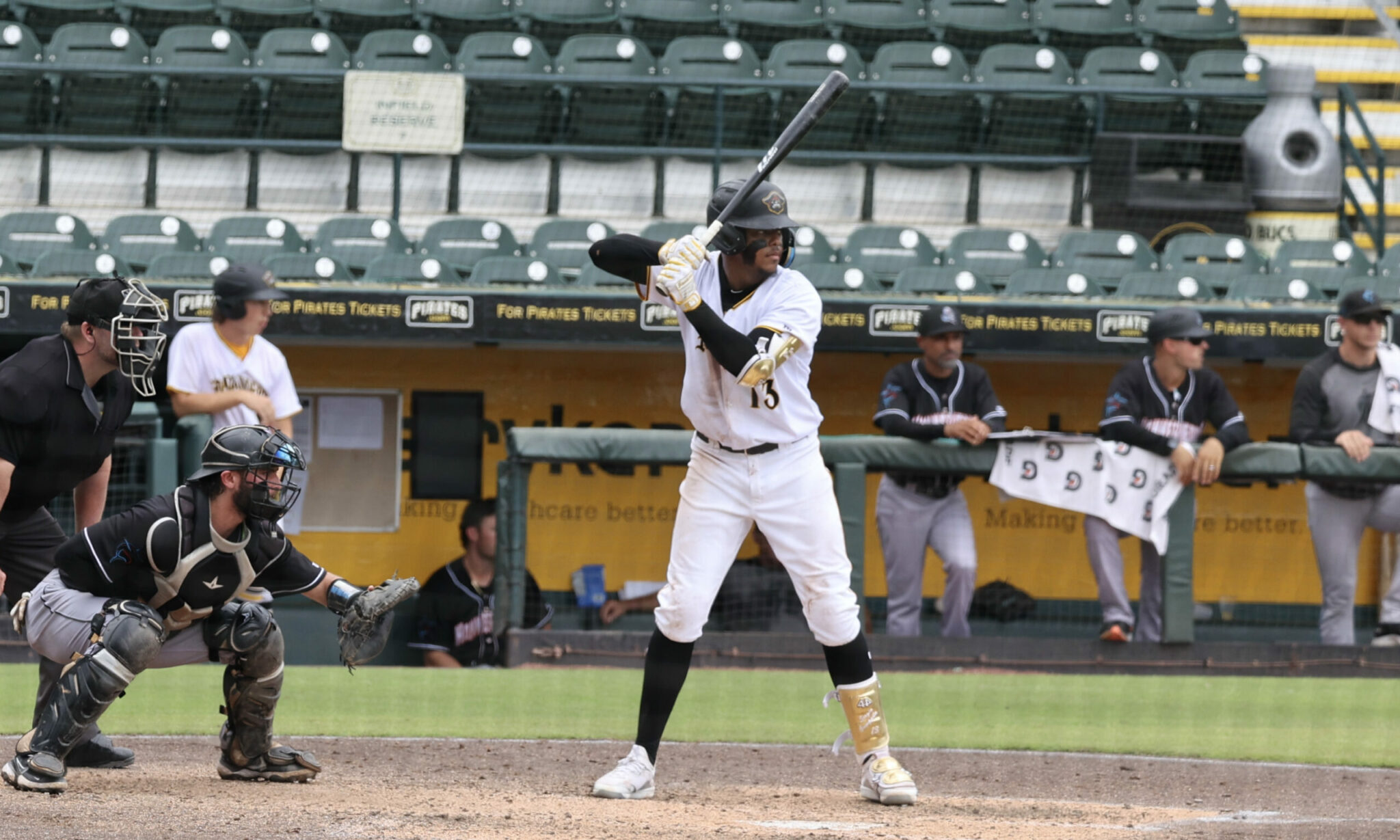 The 20-year-old outfielder has some of the best speed in all of the Pirates minor league system, and put it to good use on Friday for the Marauders. Campana not only picked up a pair of hits, both doubles, he also made this fantastic catch against the wall in the first inning. Bradenton had runners on first and third with two outs, and Campana had to go a long way to track down this ball, leaping into the wall to make the catch.

This ball just carrying. Campana had to jump against the wall to get the out. #LetsGoBucs pic.twitter.com/RPbbZKpcLo

Campana also picked up his third multi-hit game of the month, and now has 11 doubles on the season.

Sergio Campana having himself a game. Here he drives in two on this double, went down and really drove that 0-2 breaking ball #LetsGoBucs pic.twitter.com/BbGxKbaLnn

Gonzalez was the team’s fifth round pick in this year’s draft out of Georgia Tech. He made his Bradenton debut earlier in the week, eventually picking up his first hit at Single-A, which also drove in the game’s opening run.

Tres Gonzalez with his first Bradenton hit, a RBI single to open up the scoring #LetsGoBucs pic.twitter.com/E9mMY6UAtx

The catcher hasn’t made much contact this season, but it seems like when he does, he gets his money worth. Bins hit his eight home run of the season on Friday.

Running out of things to say about Jared Triolo, who continues to evolve into a continuous defensive highlight machine.

Rodriguez didn’t have the best of games defensively on Thursday, committing an error along with having two passed balls and allowing two runners to swipe bags. Didn’t take him too long to get things going, nabbing this would be base stealer on Friday.

Endy Rodriguez had a rough game behind the plate yesterday, but he quickly reminded people it’s not the best idea to try and steal on him #LetsGoBucs pic.twitter.com/S2xIVIEWq5

Marcos has bounced around the infield this season, but made the start at second base on Friday. He started this slick inning ending double play in the sixth inning.

C’s Endy Rod and Abe Gutt both need added IMO
Bins is not 40 material in this system
His only chance is if they don’t swallow their pride regarding the trade just a year ago
They gave a good pitcher away in Tyler A
HUGE mistake if that were to happen, Protect the best players

I don’t think that Bins is a good prospect, but I do think he is better than Godoy, that and the fact that he is rule 5 eligible this off season should get him promoted right now.

campana is quite the interesting player