The Pittsburgh Pirates announced their 2023 Spring Training schedule on Wednesday afternoon. They begin play on February 25th at home and the schedule winds up on March 28th at home. The play the Toronto Blue Jays, Philadelphia Phillies, Baltimore Orioles, New York Yankees, Detroit Tigers, Minnesota Twins, Boston Red Sox, Atlanta Braves and Tampa Bay Rays at home and on the road. They have two days off, but also two days with split-squad games. Game times have yet to be announced. The Pirates just recently released their 2023 regular season schedule. 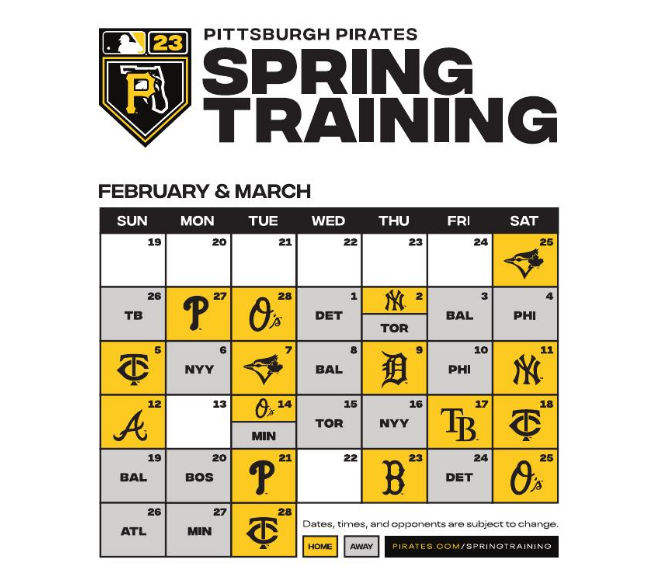 The Pirates Have Left-Handed Pitchers to Choose...

2023 has the potential to be a fun year in Pittsburgh. To make that happen some outside additions will need to be made. So, first question for 2023 … “How many players on the 2023 opening day roster are not part of the current PBC organization?? … I’ll go first .. three (3) all pitchers.