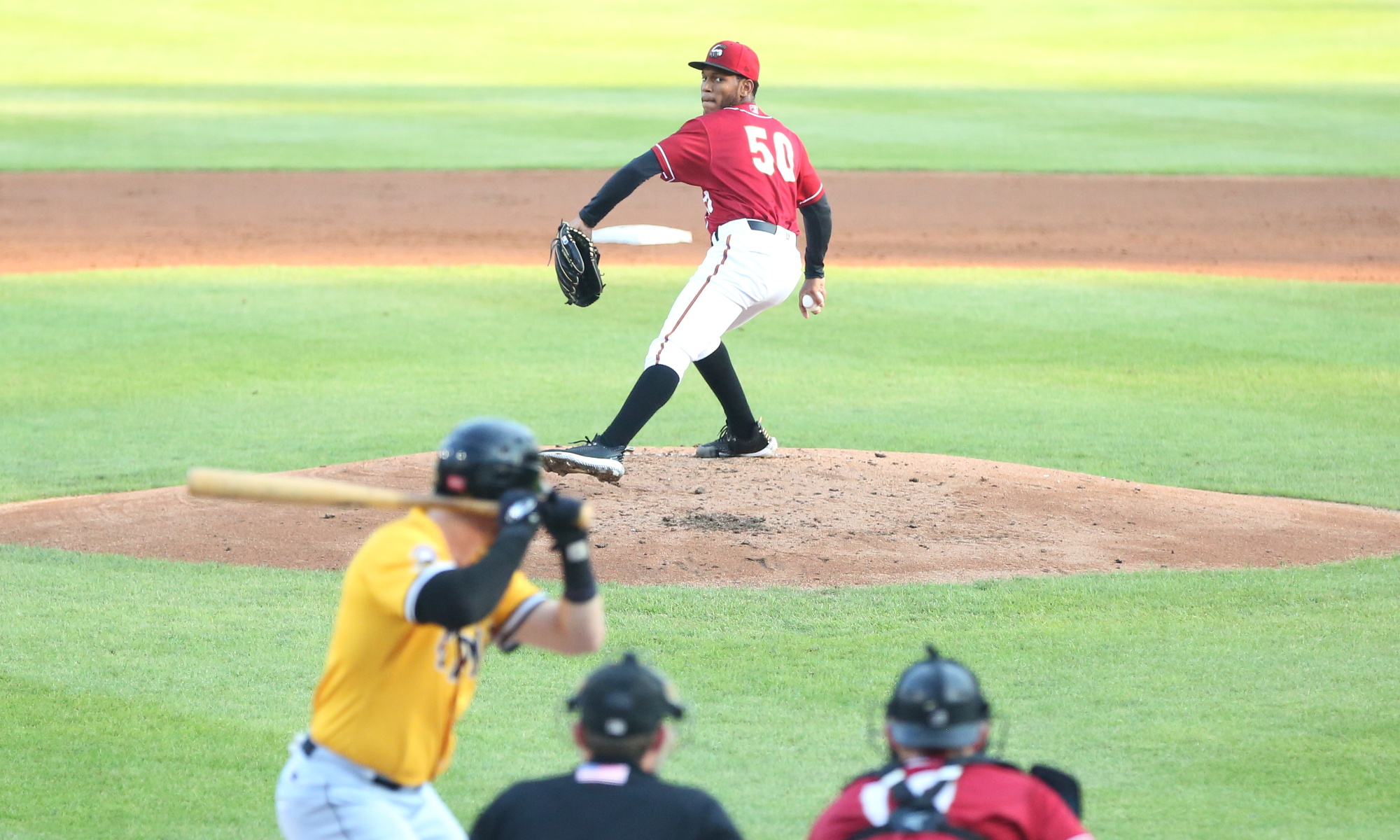 If there were a band named “Roansy Contreras and the Prospect Promotion Initiative”, what kind of music do you think it would be?

Something with a loose structure that ultimately breaks down into off-beat madness as more and more notes are added from more and more sources.

The newest Collective Bargaining Agreement brought some changes, including one initiative aimed at giving teams incentive to promote their top prospects earlier. Evan Drellich of The Athletic has a good rundown of all of the rule changes, and explains the PPI.

The short of it is that teams can gain future draft pick compensation as a result of promoting top prospects like Roansy Contreras and giving them a full year of service as a rookie.

Here is my understanding of the new system, with Roansy Contreras being used as the example.

First, any player with 60 days of service time or less, who has rookie eligibility, and who is included in two or more of the pre-season top 100 prospect lists from Baseball America, MLB.com, and/or ESPN will qualify.

Roansy Contreras, for example, entered the season with one day of service time, rookie eligibility, and showed up on all three of those prospect lists. He’s eligible.

If the Pirates keep Contreras up for a full year of service time in 2022, they would receive a future compensation pick in the amateur draft if Contreras reaching one of the following milestones before reaching salary arbitration:

That’s obviously not a guarantee to happen. But the PPI does leave less incentive to hold back a top prospect.

If Contreras is good enough to win the Rookie of the Year or contend for a Cy Young award in the next few years, then the Pirates shouldn’t have been keeping him down.

If he’s not winning awards, then the Pirates don’t really need to worry about his 2028 contract status at the moment.

The New Game Within the Game

Ultimately, the PPI seems to create an opportunity for a “rookie class”, where teams can enter their contender into the mix to gain eligibility for a future pick.

Matt Eddy at Baseball America recently highlighted that ten players in Baseball America’s top 100 were in the majors in the opening week of the season. That’s the second-largest total since 1990.

Roansy Contreras is one of those players. We can’t make any assumptions that this trend means teams are reacting to the PPI without assuming that the Pirates are one of those teams.

A key thing here is that the Pirates didn’t intend to call Contreras up on Opening Day. He’s in the majors by circumstance of a lack of healthy options and early-season injuries. So it’s safe to assume that the Pirates aren’t making decisions based solely on the new rule.

The situation with the Royals and top prospect Bobby Witt Jr. might be different.

Kansas City drafted Witt Jr. out of high school in 2019, and he opened the 2022 season in the majors. He’s got an OPS under .400 at the time of this writing, but it’s only been 40 plate appearances.

I’m not writing off Witt’s 2022 season, but this demonstrates the risk-free approach of calling up your top prospects early to play the PPI game.

If Witt comes up and crushes from day one, he’s got an inside track at that Rookie of the Year award, and netting the Royals a future draft pick.

If he comes up and struggles for a month, the Royals can send him back down.

In theory, the Royals could try to qualify Witt under the PPI in multiple years by sending him down soon enough after struggles in 2022, keeping him in the minors all year, and trying it all again in 2023.

I don’t think a team should make prospect promotion decisions based on the PPI and the small chance of a draft pick in six years. I do think that if a player looks close to ready, the PPI should tip the scales in favor of calling him up initially, rather than initially defaulting to traditional service time manipulation.

Switching back to Roansy Contreras, the Pirates didn’t intend to call him up at the start of the year. He’s done well since coming up, pitching in long-relief. He looks ready for the majors. However, he looks far from a favorite for Rookie of the Year, especially with Seiya Suzuki providing unfair eligibility for this year’s class.

In this case, it seems unlikely that Contreras would win the Rookie of the Year, especially since he’s not pitching as a starter yet and will probably have some type of innings restriction due to his historical low season totals.

That means if the Pirates kept him up all year, and he did qualify for the PPI, their chance of a draft pick would most likely revolve around him finishing top three in Cy Young voting in the next two years.

There is a rule where a player gets a full year of service time if he finishes top two in Rookie of the Year voting, but this would only make someone eligible for the PPI, and wouldn’t award a future draft pick. I’ll also add that there’s a chance for up to three draft picks from a player, with two more potentially being added on the international side if MLB implements an international draft.

I don’t think the Rookie of the Year award is likely, and I think there are a lot of reasons why the Pirates should spend this year focusing on any way possible to get Roansy Contreras to Cy Young contending status immediately.

But, for that to lead to a future pick, the team would need to have Contreras up all season in 2022 to qualify for that pick.

Not that a team with a Cy Young candidate in his first three years in the majors would even need to worry about extracting value from that player.

But, I hope this gives some better understanding into this new wrinkle in prospect promotions.

Even if we still have no clue how the Pirates will handle this type of situation.

Or, any other team for that matter.

The Pittsburgh Pirates head into the final week of their ...
60