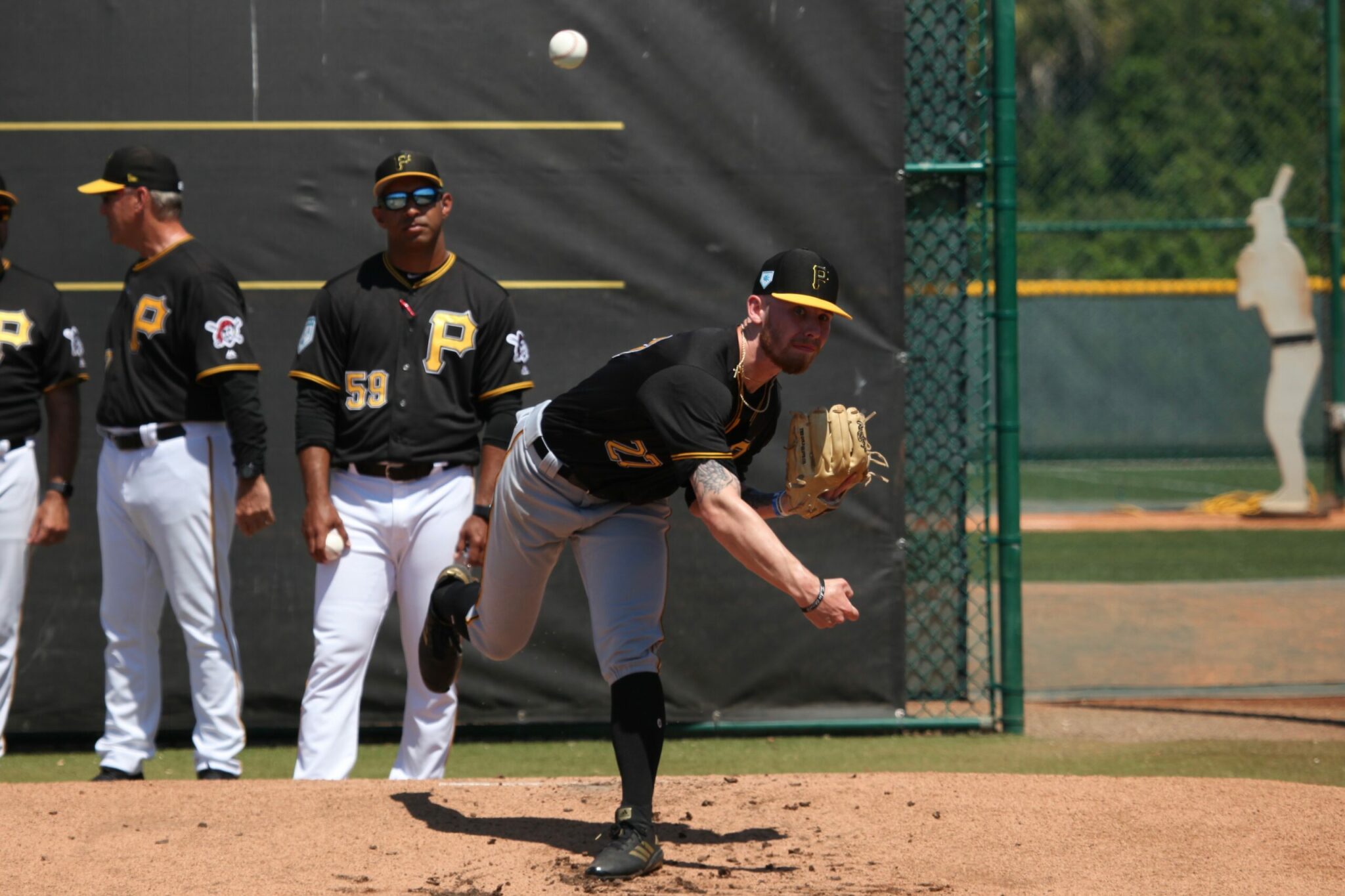 Altoona and Bradenton got some good efforts on the mound, allowing just one run each on four and three hits, respectively.  Greensboro could have used some of that, as the Grasshoppers lost a wild one in ten innings.

Indianapolis (6-3) suffered a frostbitten, 6-4 loss to St. Paul.  The announced probable starter was Osvaldo, but Indy went with Cody Bolton.  He had a tough start, leaving with the bases loaded and one out in the third with the game scoreless, only to watch gopher-plagued Blake Weiman serve up a grand slam.  Bido followed, giving up a two-run home run over three innings while fanning seven.  Indy got most of its offense in the seventh, when Jared Oliva doubled in a run and Jason Delay singled in two more.  The final run scored in the ninth, when Mason Martin led off with his third triple and scored on a grounder.  Out of his ten hits, Martin has four doubles, three triples and one home run.  Oliva had two doubles and a single on the day, and Canaan Smith-Njigba had a double.

Altoona (3-4) got strong pitching from Mike Burrows and Omar Cruz in a 6-1 win over Richmond.  Burrows allowed just two hits over four scoreless innings, with six strikeouts.  Cruz followed with another four shutout innings, giving up just one hit and fanning seven.  Burrows took 57 pitches, Cruz 60.  The only run came on a solo shot off Tahnaj Thomas in the ninth.  Liover Peguero had a single and a three-run home run, his second longball of the year.  Blake Sabol, Jack Suwinski, Connor Scott and Tucupita Marcano each had two hits.  Scott, who’s now hitting .529, and Suwinski each had a double.  Aaron Shackelford also had a double, but fanned four times.  Andres Alvarez drew three walks.

Greensboro (2-5) lost a wild one, 11-10, to Winston-Salem in ten innings.  The Hoppers came back from three runs down early, blew leads of three and two, then took a one-run lead into the ninth.  Tyler Samaniego couldn’t hold it, giving up the tying run on a double, ground out and wild pitch.  Greensboro couldn’t get its free runner off second in the tenth, then Dariel Lopez’ second error of the game helped set up the winning run in the bottom half.  None of the Hoppers’ pitchers had a great day.  Starter Domingo Gonzalez got torched for six runs, five earned.  Garrett Leonard allowed just an unearned run over three innings, but he let two inherited runners score.  Cameron Junker allowed only one hit in his two innings, but it was a two-run home run that tied the game.  Endy Rodriguez and Sammy Siani led the offense.  Rodriguez had a walk and three hits, including his first home run, along with two runs and three RBIs.  Siani belted his first longball of the year and also walked twice.  Matt Gorski and Jackson Glenn each had two hits, while Ernny Ordonez and Yoyner Fajardo each had a triple.

Bradenton (5-2) got a combined three-hitter from four pitchers and beat Lakeland, 3-1.  A rehabbing Sam Howard pitched the first, walking one and striking out two.  That worked out nicely for the “real” starter, Justin Meis, who followed with four scoreless innings and qualified for a win he wouldn’t have gotten as the starter.  Nick Dombkowski threw three innings and allowed one hit, although it was a solo home run.  He fanned five.  Yunior Thibo walked two in the ninth but escaped with the save.  Alexander Mojica had a big day at the plate, going 3-for-4 with a double.  Juan Jerez had a single, double and sacrifice fly.  Mike Jarvis had a single, double and two RBIs.