P2Daily: The Remaining Middle Infielders in Pirates Camp and Those Starting Jobs 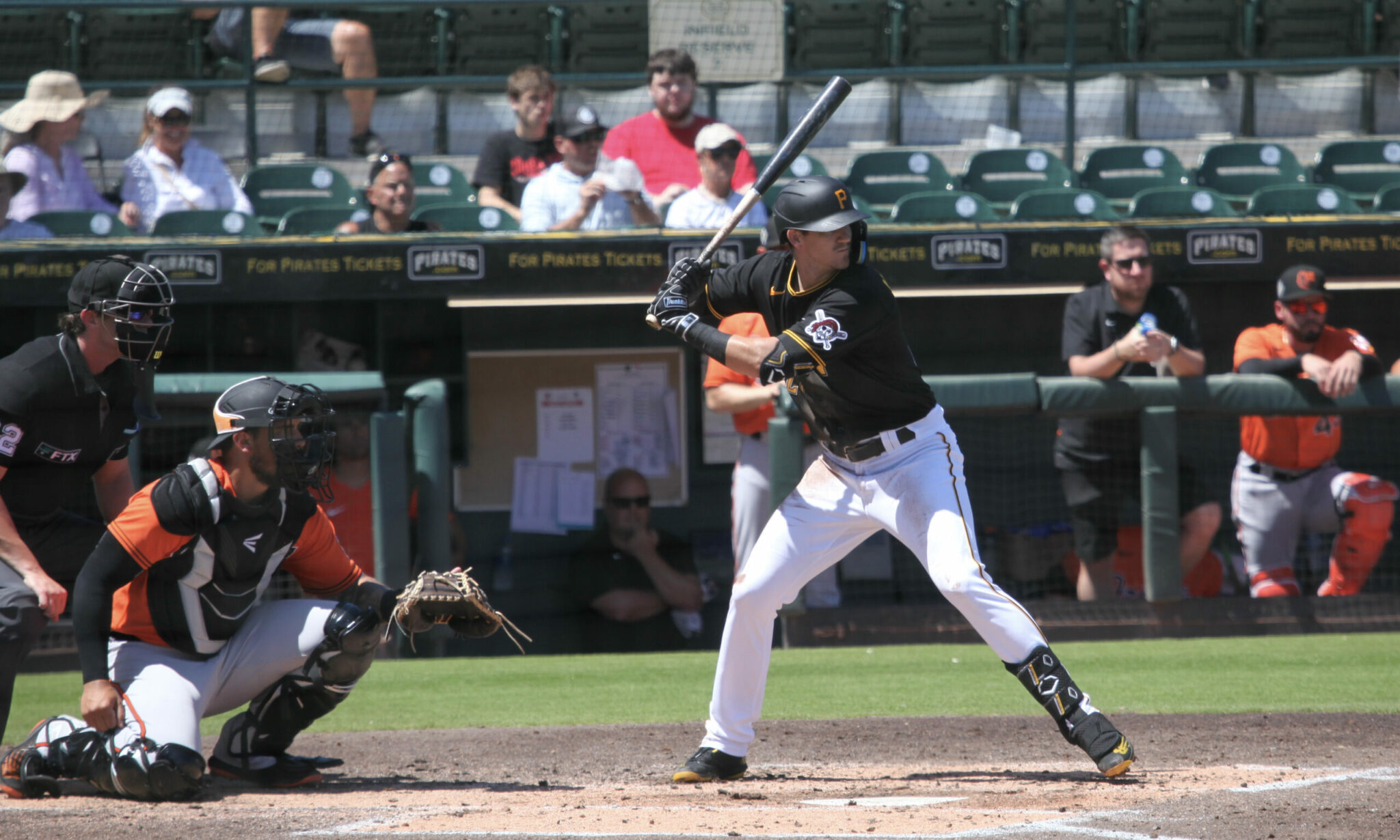 The Pittsburgh Pirates have five players battling for two middle infield starting roles as Spring Training winds down. The good news is that most of those options are hitting well this spring. The bad news for all of them is that they have limited time to impress in the majors before top prospects like Oneil Cruz and others start to arrive later this season.

To get an idea of how things might go at the start of the season, here’s my rundown of the options for the starting shortstop and second base jobs.

All of these are small sample sizes.

For a bigger sample size, consider the career numbers so far:

The numbers from Chavis are driven from his 2019 season, and he’s hit lower than that career total the last two seasons. He can play first base, so he could end up making the team as a utility infielder who can back up first, second, and third. The injury to Ke’Bryan Hayes could help his chances of making the team. That said, his MLB results are largely one good year in 2019, and he’s yet to replicate that, even in camp this year.

Newman posted a 2.4 WAR in 2019, but was replacement-level the last two seasons. He’s been working on a new swing, giving more time to react, and the numbers in a small sample this spring have been solid. Newman was strong defensively last year, but horrible offensively. If he can improve the offense back to 2019 levels, the Pirates would be solid with him as the shortstop in Pittsburgh.

Tucker, meanwhile, has had very little opportunity in the majors. He’s been in the majors for parts of three seasons, but never more than 147 at-bats in a single season. He’s also been moved all around the field to get playing time, with most of it focused on second base, shortstop, center field, and right field. He’s hitting the ball well this spring, and there’s no reason why the Pirates can’t give him opportunities at his more natural middle infield spots.

I’d expect this is the final chance for Newman and Chavis, who will be in their age 28 and 26 seasons.  Tucker is entering his age 25 season, so he could still have another opportunity with the team after this. With all of the infield talent coming up from the minors, this could be his last year to start.

My prediction is all three of these guys get opportunities early in the season, before those minor leaguers start to arrive.

If the Pirates move beyond the three guys above, they do have two prospects still in camp making waves. Diego Castillo and Hoy Park were both acquired last summer from the Yankees for Clay Holmes. Castillo has shown off some power potential, including three home runs this spring, leading to a 1.271 OPS in 19 at-bats. Park is solid at hitting for average and getting on base, but has also shown some power this spring.

While Castillo has been impressive, I don’t see him making the jump from Double-A to the majors to start at the middle infield spots on Opening Day over the above guys. If the Pirates are sending down Oneil Cruz for more work, I’d have to think they’d do the same for Castillo. The exception here is that he could be an option to start at third base if Ke’Bryan Hayes misses some time.

Park has a better chance of making the Opening Day roster, due to his versatility. He can play all over the field, including multiple outfield spots. He got a lot of time with the Pirates last year, due to this factor. I could see him making the team as a super utility player, where he could remain all year and work his way into a regular role with his bat.

As for the starting roles, I feel like the Pirates will give chances to the older guys on their last chances before switching to Castillo and Park as starting options.

We’re all waiting for Oneil Cruz to arrive in the majors for good, with the assumption that he will take the shortstop position and leave everyone else here scrambling for the remaining middle infield job. That assumption counts out all of these guys above from making it as a starter on their own.

The Pirates got some criticism for citing Cruz’s need for outfield work as the reason he went down, and rightfully so, as that hasn’t seemed to have been a huge priority for them to work on prior to last week. The outfield work is valid. What happens if Newman has a bounce back season, putting up a 2-3+ WAR at shortstop? Do you replace him with Cruz, or send Cruz to the outfield?

My issue with the outfield work is that it should have come sooner for Cruz. If the Pirates can get some middle infield starters from the group above, then the best bet would be moving Cruz to the outfield to get his bat to the big leagues.

Have they called Endy up to the big league team…