P2Daily: Bryan Reynolds and the Next Pirates Contender 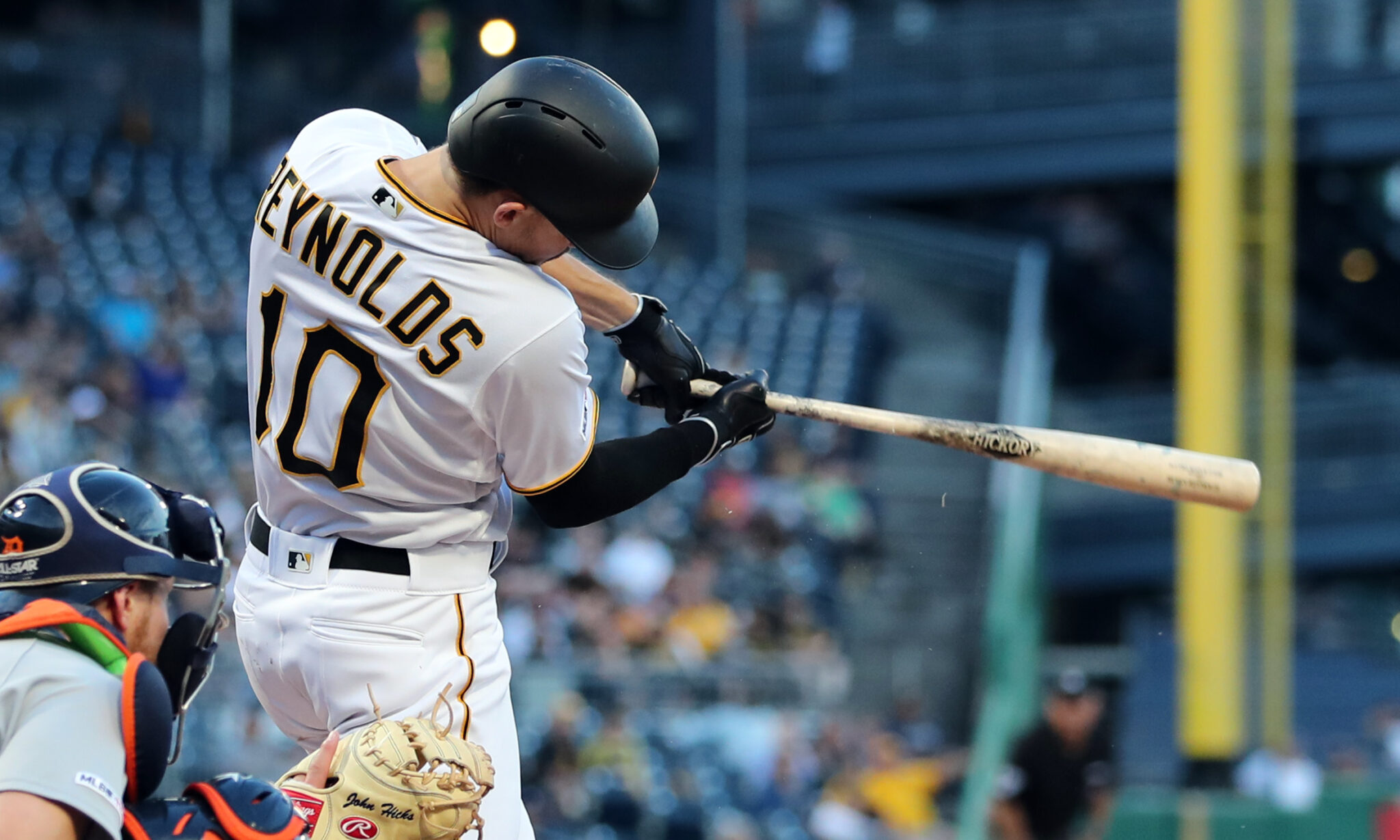 The Pittsburgh Pirates have an outfielder who put up a 3+ WAR in his rookie season, and a 5+ WAR in his third season.

The Pirates, during this same time, were one of the worst teams in baseball. This outfielder represented one of their few glimmers of hope that a contending team might one day soon be on the horizon.

Unfortunately, that outfielder is under control for four remaining seasons, following his 5+ WAR in another losing season. In order to contend with this outfielder, the Pirates needed to either extend him, or trade him to add players who will be in the mix when this is a contender.

Would you have traded Andrew McCutchen prior to the 2012 season?

That’s who I’m discussing today, even though the above scenario describes both McCutchen and Bryan Reynolds.

The Pirates didn’t trade McCutchen. They kept him, he had an MVP quality season during their losing 2012 season, won the MVP award as the Pirates got back to the playoffs in 2013, and fueled their contending run for two more seasons. McCutchen declined after 2015, and the Pirates eventually traded him for…

Reynolds made his debut in 2019, a year after being acquired for McCutchen. That was the final year of Neal Huntington’s tenure as the General Manager, and Reynolds emerged as one of his key building blocks for the future with a 3.2 WAR.

In 2020, Reynolds regressed to replacement level performance during the COVID-shortened season. One year ago today, we were wondering what type of impact, if any, Reynolds would have in the majors long-term.

Now, all we hear are Bryan Reynolds trade rumors, confirmations that the Pirates haven’t discussed an extension with him, and the reminder that they’ve only got four years to contend with him.

The irony is that Reynolds and McCutchen are on almost identical paths with the same team, ten years apart, albeit McCutchen was a few years younger. I wouldn’t call them similar players, though the values have matched in years one and three.

That makes it easy to imagine what the Pirates should do by looking back at a similar scenario and seeing how it played out.

The Pirates could extend Reynolds, and go for the same type of 2023-25 contending window, ideally keeping that open longer than the last time.

Or, they could trade him, boost this current rebuild, and maybe only push the contending window back to 2024, with more hope that it stays open longer with the added prospects.

Most of the discussion surrounding Reynolds is clouded by the fact the Pirates are a small market team and very frugal with their money, making it likely that Reynolds will be gone prior to 2025 without an extension. For today, I’m going to be discussing the Reynolds situation in a vacuum, separate from what the Pirates might do, and instead focusing on what an MLB team that is trying to contend in the near-future should do.

When Will the Pirates Contend?

The first question we have to ask ourselves is when will the Pirates contend?

I can see that happening in 2023. That would require good results from the young prospects making their way to the majors this year, a good offseason next year fueled by the money they’re definitely not spending now, and of course Reynolds still being on the team.

If you can’t see the Pirates contending in 2023, then it makes a lot of sense to trade Reynolds now. If the window opens in 2024, regardless of whether Reynolds is on the team or not, then it doesn’t make much sense to keep him for two more losing seasons, just to have him for two winning seasons. The likely outcome is that any small market team would trade him before that final season, if he’s not extended.

This is an all-in or all-out situation.

If the Pirates keep Reynolds, they need to focus on winning as soon as possible, or keeping him as long as possible. Either way maximizes the number of years the Pirates have Bryan Reynolds on a contending team.

If the Pirates aren’t going to win in 2023, then it would make sense to trade Reynolds now and boost that future group.

The Value of Bryan Reynolds

One factor with all of this is the value of Reynolds.

How much concern does that 2020 season bring?

I can find reasons to support the 2021 season from Reynolds as legit. His BABIP was at a career level, so the .302 average seems legit. The strikeouts were way down, and walks were up slightly, but still in his normal range. That supports the .390 OBP. His power production was up, which can be explained by more contact from the lowered strikeouts, as well as an increase in his line drive rate in favor of a reduction in his ground balls. Defensively, he can handle center field, but is probably more valuable in a corner spot once a better defender arrives.

There’s been enough trade interest that it seems teams also feel his 2021 season was legit. There might be some risk, as there is with any player who puts up a 5+ WAR season one time. The risk is that you’re buying high on a player whose value will fall back to Earth. The reward comes if his value doesn’t decline, or if it goes up in future years like we saw with McCutchen.

Is Reynolds going to take a step backward, maintain, or a step forward?

Reynolds is 27 years old, and the Pirates have him under team control through his age 30 season.

Even if Reynolds maintains his production, or takes a step forward the next few years, the odds of him being a 5+ WAR player in his age 31 seasons and beyond are much lower than they are for his age 27-30 seasons.

The Pirates would be buying his age 31 seasons and beyond.

This is a similar situation again to McCutchen at the end of his extension. There was some talk over whether the Pirates should extend him again, which would have bought his age 32 and beyond seasons. As we’ve seen now, those would have been an overpay if purchased based on his 2015 production.

The Pirates have Reynolds under control for his prime years. That makes him valuable in a trade and valuable to them if they plan to contend in at least half of those years.

It doesn’t make much sense to extend him, since history tells us that the Pirates would be paying for declining production in the expensive years of the extension. That said, they extended McCutchen, he declined in those years, and they still were able to trade him for Bryan Reynolds.

This is where we completely remove the Pirates, and ask what a competent team would do.

Reynolds is under team control through 2025. The widely held assumption — and this is held by myself as well — is that the Pirates would trade Reynolds before that point.

But what if they kept him?

What if today they treated Reynolds like a four-year free agent from this point, aimed at helping the Pirates contend during those seasons?

Again, all of this really depends on if they’re contending in 2023. Otherwise, the discussion is keeping Reynolds up until free agency so you can have his age 29-30 seasons on a contender. The decision to keep him would look better if he’s around for ages 28-30 over three contending seasons. The age 27-28 seasons will be the most productive, and the Pirates might contend in one of those years.

The unfortunately reality of this discussion is that Pirates fans have been conditioned on a specific type of value: Prospect value.

Every trade return comes with $X in prospect value for Reynolds. Pirates fans have focused on that side of the value mostly because they’ve perpetually been following a rebuilding team that has four winning seasons in the last three decades.

There is value on the other side of a deal. The value Reynolds would provide in those years to a contender.

At what point do the Pirates start targeting value from MLB players, rather than future value from prospects?

Can they start with Bryan Reynolds?

The obvious answer is that they should target MLB value over prospect value when they’re in position to contend.

I think they should trade Reynolds now if that contending window begins in 2024. I think there’s an argument to be made to keep him and build around him if the year is 2023.

Why not Castro at 1st? Why do you think Malcom…