Williams: When Should Minor League Players Be Promoted to the Majors? 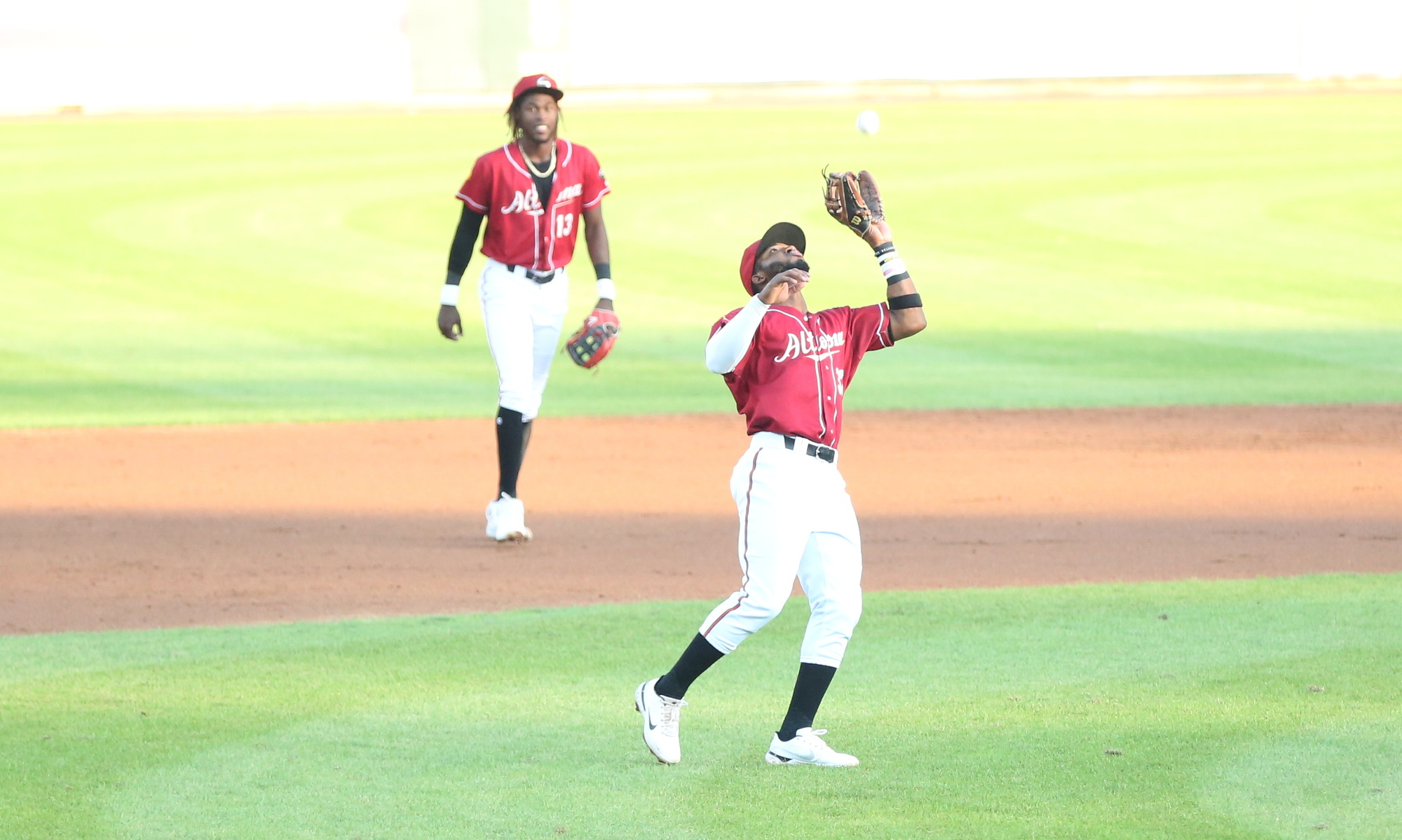 Major League Baseball overhauled the minor league system last year, removing 40 teams and the short-season leagues from the mix. The result for each organization creates a three-tiered system. For the Pirates, that looks like the following:

We’ve only seen one season so far of this system. We’ve also only seen one season of the minors under Pirates’ General Manager Ben Cherington. It’s difficult to say conclusively how the Pirates will handle development at each stage, and I wouldn’t want to extrapolate the 2021 results too much. The Pirates could operate differently in 2022, coming off a regular season rather than a lost season.

I’ve had some thoughts this year on how organizations should handle the promotions and assignments for each level. These are partially from seeing how the Pirates are handling things, and partially viewing it in the way that I view everything, as tiered systems that defy normal expectations. I’m not sure if that is how the Pirates view things in this case.

How should players be assigned and promoted? Here are my thoughts after one year under the new setup, ranging from rookie ball to the upper level promotions to the big leagues.

When most players arrive in pro ball, everyone is projecting their future based on tools. However, a lot of those very toolsy players are very raw. If you’ve ever had the chance to watch the FCL or DSL levels on a regular basis, it will show you some of the worst fundamentally sound baseball you’ll ever witness.

These rookie levels don’t matter from a results standpoint. They’re a place where raw players can get a lot of low-stress work, playing in front of a dozen people in the afternoon. The new setup, which puts the FCL in the same city as the Low-A team, allows for Low-A guys to take a break and go to the FCL for development. We saw that this year with several players who struggled in A-ball, most notably right-handed pitcher Brennan Malone, who struggled and dealt with an injury.

My trend throughout this article is that age shouldn’t matter. Ability matters. A player shouldn’t be relegated to rookie ball just because he’s technically a rookie. Fortunately, the Pirates have been aggressive in this regard.

The first pitcher was Jared Jones, who received $2.2 million last year as a second round pick. Jones was sent to Bradenton in his rookie season at the age of 19, and pitched 66 innings with 103 (!) strikeouts. He had control issues, with 34 walks, and his 4.64 ERA shows he didn’t completely dominate the level.

Po-Yu Chen started off in the FCL. After six starts, he had a nice 0.69 ERA in 26 innings, with 29 strikeouts and zero walks. The Pirates promoted him to Bradenton, where the results weren’t as strong, but were promising. He had a 5.63 ERA in four starts, with a 15:12 K/BB ratio.

It’s key to point out here that “development” can be an all-encompassing word. Some players need to develop in the actual games. Others need to develop off the field. I think both of these guys are examples of players who benefit from developing in the games. We saw the dominant results from Chen in the FCL. That didn’t translate to the same results in A-ball, but the experience that Chen gained will help him much more than just playing a game of catch with his catcher in the FCL once a week.

Likewise, we didn’t see Jones in the FCL, but can assume that he would have had similar success as Chen if he went to the FCL.

What does this mean for next year’s group? I personally wouldn’t be surprised to see Bubba Chandler, Anthony Solometo, and Lonnie White Jr. going to Low-A Bradenton. Perhaps even add Braylon Bishop and Owen Kellington to that list. Worst case, the FCL is just a van ride across town.

As for Jones and Chen, they now know exactly what they need to work on, beyond the FCL level.

A-Ball: Move Up or Move Out

The Pirates had a very young group in Low-A Bradenton this year. They had a young group in Greensboro as well, although that group was stocked with more advanced players.

Ultimately, I think the Pirates should have a “move up or move out” approach to A-ball, where players don’t spend more than 2-3 years at the level. This isn’t much different than what they’ve done in the past under Neal Huntington, or what they did this year under Ben Cherington.

The Low-A group should be more for raw players who are learning from the challenge of daily games and a full-season schedule. If a player struggles in his first run through this level, it shouldn’t set off alarms. Stats are great to see, but this level is more about that silver lining.

Using Jared Jones as an example, I’m not concerned about the walks or the ERA, but am very excited by the strikeouts. A player should have something clear to develop in his game at this stage, which is why he’s in Low-A. Jones clearly has work to do on his control, but he showed a clear reason why he’s a legit prospect.

I could see Jones moving up to High-A next year, continuing his challenge. I think he should only move beyond A-ball when the stats warrant the jump from High-A over a large enough sample size. By comparison, I think Po-Yu Chen should probably return to Low-A. He showed reasons for optimism, but could probably use more work in the full-season setting.

Now if Chen struggles next year in Low-A in his age 20 season, the Pirates would be faced with an interesting decision: Return him to Low-A for part of a third season, or push him up and challenge him in High-A? This is where I think players should be challenged, because ideally they would be pushed by guys below them coming up through the system. And if Chen, or anyone else, is still struggling in A-ball at age 21, then it’s increasingly unlikely they’ll be a 50-grade or higher player in the future.

As for High-A, the Pirates didn’t promote many guys this year beyond the level, which I believe was more due to the lost 2020 season. Next year I would expect them to send Henry Davis to this level, along with a lot of players from the League Champion Bradenton Marauders.

The question is whether those players should be promoted to Double-A at mid-season if they’re performing well. This is where my viewpoint starts to change with the new minor league setup.

I’ve had the chance over the last decade-plus to talk with a lot of scouts, player development staff, and players themselves about the different levels. One of the biggest things that stuck out to me was a scout telling me that once you reach Double-A and have success, you are good enough for a shot in the majors.

That was years ago, but fast forward to the 2021 season and what do we see? The Pirates promoting several players from Altoona to the majors, largely skipping over Triple-A time. The most notable example was Rodolfo Castro, who received a few looks in the majors as a starting second baseman. Max Kranick got the call after a brief look in Triple-A. The same happened at the end of the season with Oneil Cruz and Roansy Contreras.

Under Neal Huntington, the Pirates would move players quickly through the lower levels, often promoting guys from High-A after half a season. The best players would spend less than two years in the lower levels, before hitting Double-A. Then, the brakes would squeal, and you’d see players spending two-plus years in the upper levels, with a desire for a set amount of time in Triple-A.

As an example of how aggressively I’d promote, let’s look at Liover Peguero. He just spent a full year in High-A, with some promising results. I’d expect him to move up to Double-A in 2022. He’s also Rule 5 eligible this offseason, so he’ll be on the 40-man roster. If, by the second half of the season, he’s tearing up the Double-A level, why not give him a shot in the majors?

The game now is the same across all levels. It used to be that the 97 MPH fastballs and ridiculous spinning breaking pitches only existed at the MLB level. Now, that’s everywhere. The key difference between the levels is still consistency. Jared Jones can throw 97 with a ridiculous breaking pitch, but he’s far from being consistent and no one would confuse him with a major leaguer right now. He’s in Low-A ball, and there are more pitchers just like him at every level.

Maybe he ends up like Rodolfo Castro, putting up a .653 OPS and plenty of power in the jump from Double-A to the majors. The power is promising for the future, but the overall results are not enough for him to stick at the level. Maybe the pitcher ends up like Max Kranick, who posts a 6.28 ERA in 38.2 innings as a recurring spot starter from Triple-A.

In each case, the player isn’t performing to his projected ceiling. I think what Keller and Newman show is that spending X amount of time in Double-A and Triple-A is far from a guarantee of MLB results.

Use those options, and use them often, because you only get three years, but you can send a player up and down as often as you like in each year.

This is all about perception.

This approach would also need to come with the understanding that most players will struggle with the jump, and the whole point of the jump is finding a better way to identify exactly what the player needs to work on.

They’d never know that if they kept dominating with the same approach at the Double-A level for the recommended X amount of time.