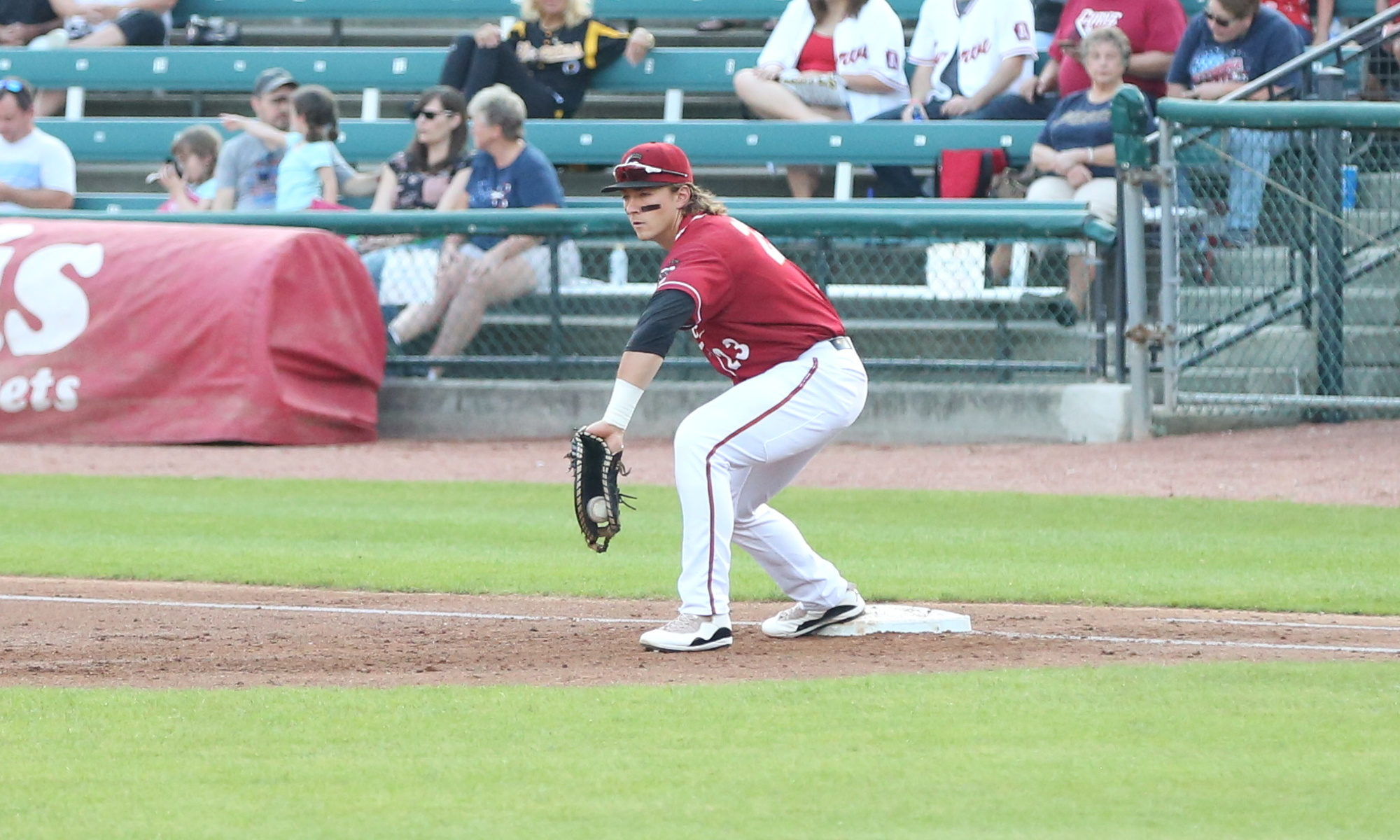 First base is perhaps the thinnest position of prospect depth currently in the Pittsburgh Pirates farm system.

That makes sense in a way. Most MLB first basemen started off at other positions in the minors, before ultimately moving to first base. We’ve seen this countless times with the Pirates. Colin Moran broke into the majors at third base. Josh Bell was a minor league outfielder before moving to first base. Pedro Alvarez was another MLB third baseman who moved across the diamond. Garrett Jones was an outfielder who moved to first.

It’s very likely that the future first baseman for the Pirates is currently playing another position, and will eventually end up at first due to a lack of opportunity at his native position, or because first base provides the best long-term fit.

Today, we’re focusing on the prospects who are currently at first base. It’s a thin group, with very few chances for a starter, and no one who profiles as more than a future average starter in the big leagues. The Pirates are also thin at the position in the big leagues, which I broke down today over at No Quarter with my comparison of Colin Moran and Yoshi Tsutsugo.

This article is part of a series looking at the future of every position in the Pirates’ farm system. Note that this isn’t a full list of the first base prospects, but instead the top options in the system as of our latest rankings.

Martin has some of the best power in the system, and had that on display with 25 homers this season. He’s profiled as a three-true-outcomes hitter, with a high strikeout rate that lowers his average, but a solid walk rate that keeps his OBP high. The 2021 season saw those trends go in a negative direction, with his walk rate dropping to single-digits for the first time in his career, and the strikeout rate continuing to inch higher than striking out a third of the time. Martin is going to make it off of his power, but the plate patience will determine how far he goes. He’s a hit-or-miss prospect, no pun intended, in that his upside is either a Quad-A guy who can’t make it out of Triple-A, or an average starter in the big leagues.

Matthiessen is one of the biggest hitters in the system, standing at a towering 6′ 7″, 220 pounds. He used that frame to hit for power this year, seeing a bit of a breakout in the second half of the season with Greensboro. His swing can almost look like a golf swing from his height, and leaves plenty of space open for opposing pitchers to generate swinging strikes. His strikeout rate this year was over a third of the time, although he managed a solid walk rate. He’s got the potential to be a three-outcomes player if the power can hold up. The big test will be his production in Double-A, which will further expose the holes in his long swing without any further adjustments. Aside from players moving from other positions, Matthiessen represents the only alternative starting first base candidate to Mason Martin.

Ordonez spent a lot of time at first base this year after Will Matthiessen was promoted to High-A. He was drafted as a third baseman who had played shortstop, but has spent most of his time at first base since 2019. He hit left-handers well, with an .827 OPS against. His defense was poor at the position, which could be due to inexperience. At this point, Ordonez is interesting as a super-utility type who can hit lefties, although that provides very limited value.

Shackelford has one main tool, and that’s his ability to hit for power. He’s played all over the infield, with second base being the most valuable position for the bat. The defense probably profiles best at first base, where his power can still play. Unfortunately, he hasn’t shown much of a three-outcomes profile, with a very low average and a very low OBP this year. He did better in 2019, so there’s a chance that his down year in 2021 was due to the extended time off. There’s also a chance that the better results in 2019 were a product of a college slugger playing in rookie ball. I’d expect him to move to Altoona in 2022, giving a true look at his potential.