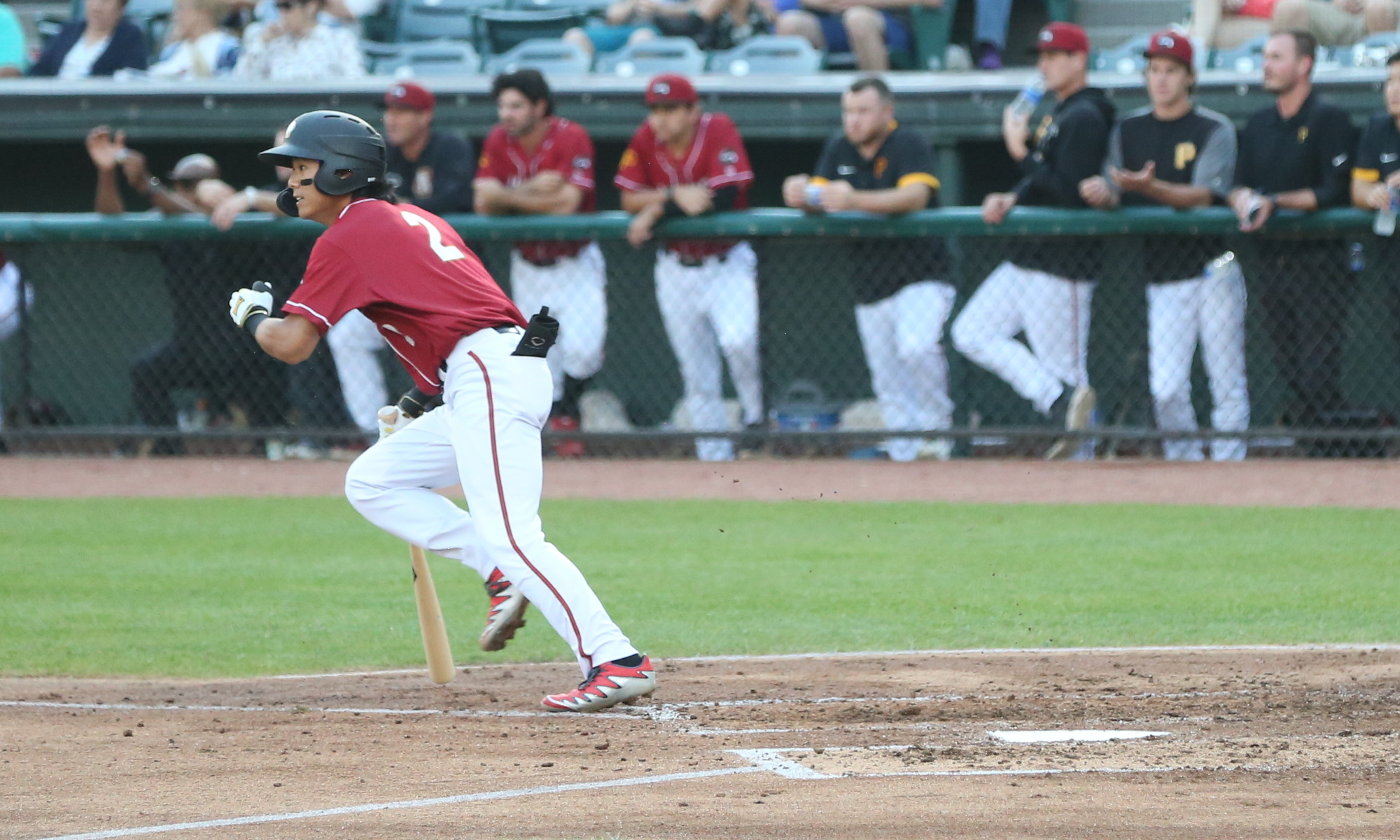 Game three of the Arizona Fall League season took place on Friday night, as all three hitters sent to the league by the Pittsburgh Pirates were in the starting lineup. Ji-hwan Bae batted lead-off and played center field. Nick Gonzales batted third and played shortstop. Canaan Smith-Njigba started in left field and he batted sixth. Bae played nine games in center field this year with Altoona, his first outfield experience. Gonzales played one game at shortstop this season for Greensboro and had just one chance all game. He played 17 games at shortstop in college. Here’s a breakdown of their day on offense, as well as a look at the defense for Bae and Gonzales. We also saw our first Pirates pitcher.

Smith-Njigba flew out to center field in the second inning. He walked in the fourth inning and struck out in the sixth. He singled on a liner to center in the ninth, finishing the night 1-for-3 with a walk.

Neither Gonzales nor Bae had a play in the first six innings on defense. Their first play was a grounder that Gonzales handled for the final out of the seventh. Bae’s first play was a liner he caught in the eighth inning. In the ninth, Gonzales handled another ground ball. It was a quiet night for them on defense, with three plays total, as Peoria dropped their third straight game, going down 2-1 in this contest.

Bear Bellomy came on to pitch the seventh inning, the first of the four Pirates pitchers on the team to see action this AFL season. He retired the first batter on a fly ball to Smith-Njigba in left field. The next batter singled up the middle on the first pitch. Two pitches later, he got a line out to left field. He gave up a two-out single on a six-pitch at-bat. The next batter grounded out to shortstop to end the inning. Bellomy got through the inning on 16 pitches, with 14 going for strikes. In his second inning of work, he struck out the first batter, got a line out to Bae in center field, then gave up a single by Spencer Torkelson, before getting a grounder to first base to end another scoreless inning. He threw 13 pitches in the eighth, with eight going for strikes. He finished with two scoreless innings on three hits.

Peoria is at home on Saturday to take on Scottsdale at 3:35 PM EDT. They are off on Sundays in the AFL.