Bradenton Has Two of the League’s Top Ten Prospects 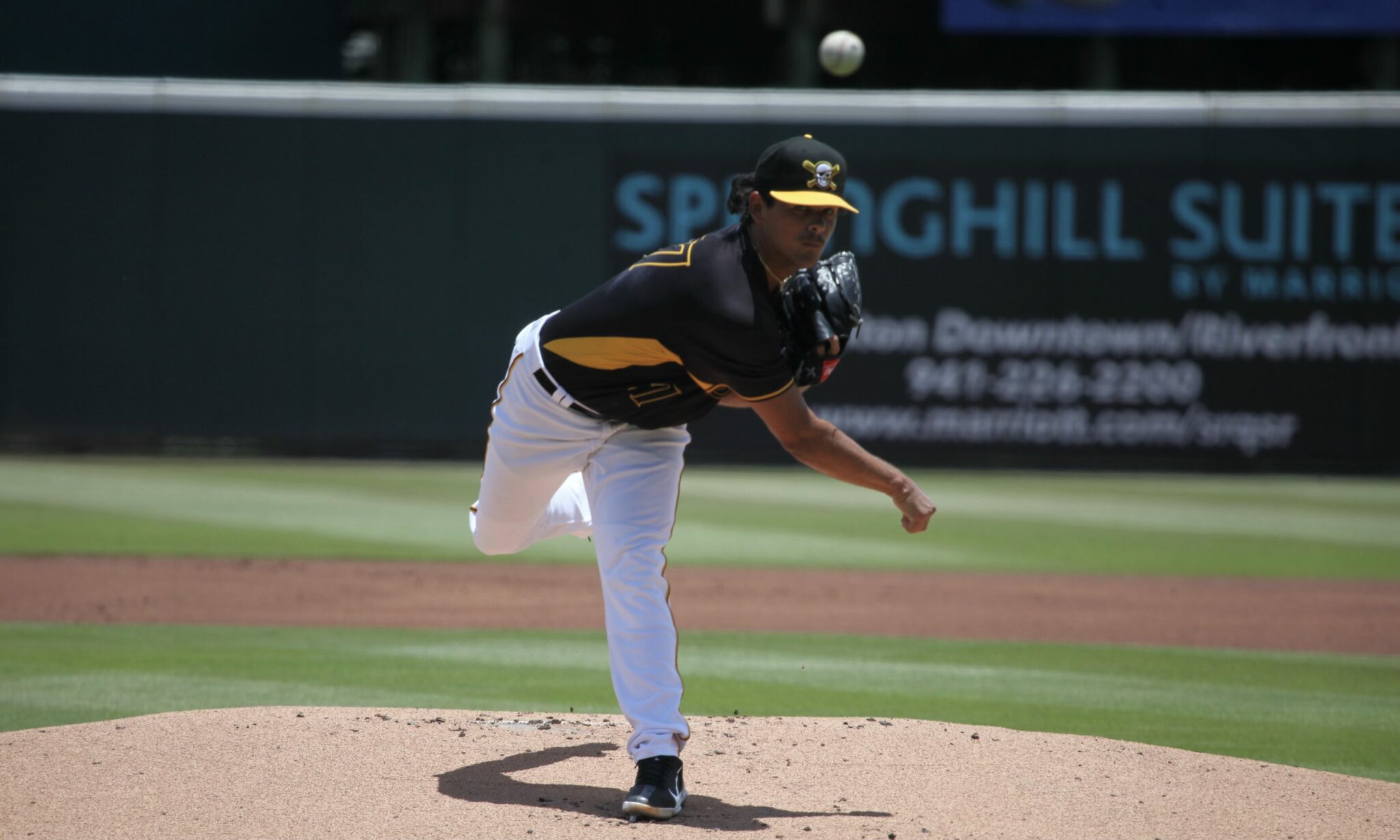 Baseball America has started their rankings of the top ten prospects in each league. They began with the Florida Complex League yesterday, which didn’t have any Pittsburgh Pirates. That’s partially due to the minimum playing time requirements to qualify for this list. The best prospects for that team, Bubba Chandler and Lonnie White Jr, didn’t get enough playing time, while Anthony Solometo was assigned to the team, but didn’t play at all. The best qualified players, such as Tsung-Che Cheng, Po-Yu Chen and Rodolfo Nolasco, are too far down the Pirates top 30 list to make a top ten for an entire league.

The former Florida State League top ten came out today and the Pirates had two prospects on that list, with Jared Jones coming in eighth, and Endy Rodriguez ranking ninth.

Jones had an impressive strikeout rate, but not the best overall line. He finished with a 4.64 ERA and a 1.47 WHIP, which are both slightly worse than league average numbers (4.53 ERA/1.44 WHIP). However, he had 103 strikeouts in just 66 innings. He finished fourth in the league in strikeouts and 17th in innings pitched. The strikeouts are part of the reason he gets here, as he shows a power fastball/slider combo as part of a four-pitch arsenal. He needs to develop better control and work on his stamina, but he just turned 20 years old just two months ago, so he has plenty of time to develop. The power reliever floor gives him plenty of upside.

Rodriguez was one of the best hitters in the league this year and he turned 21 years old early in the season, so he is on the young side for the league too. He batted .294/.380/.512 in 98 games, He won the league batting title, finished second in slugging percentage, second in OPS and fourth in OBP. He was second in doubles, third in triples and third in homers. He ranked first in runs, second in hits and second in RBIs. I didn’t realize how close he was to the Triple Crown until writing up this article.