First Pitch: The Pirates Have a Talented Group of Prospects Forming in the Lower Levels 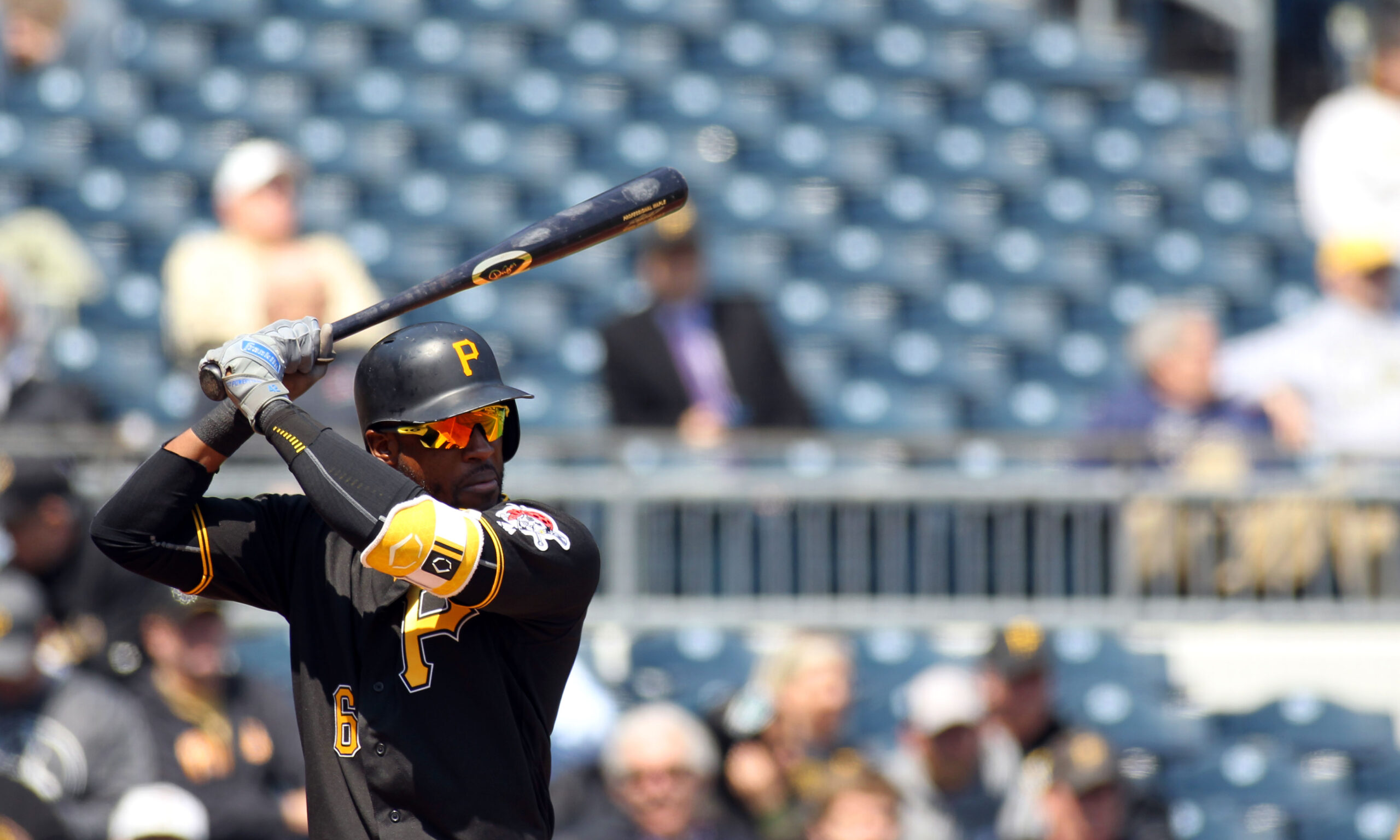 Time is a flat circle.

I was in a fortunate situation when I started this site in 2009. I was living about an hour away from Lynchburg, VA, which is where the Pirates had their High-A team located at the time. The Hillcats were the most promising team in the system at that point, with most of the top prospects in the system at the level throughout the year.

Starling Marte was the last of that group of players remaining. He was traded yesterday for two 19-year-old prospects, signaling some form of a rebuild under Ben Cherington. Whatever form that takes, it’s going to rely heavily around those 19-year-old players and the young players in the system they join.

That will make Greensboro the spot to watch for the start of Cherington’s rebuild. Just like last time, I’m living an hour away from the team to watch, and starting a new site, with Pittsburgh Baseball Network launching soon. This trade will give me plenty of guys to follow on the new site.

I was already looking forward to the duo of Tahnaj Thomas and Quinn Priester in the rotation. Both should move up to full-season ball, giving the Pirates two potential starters to eventually join Mitch Keller at the top of the rotation.

Those two will now be joined by Brennan Malone, who was drafted in the first round last year, and who already is hitting upper-90s at his young age. Add in projectable pitchers like Braxton Ashcraft and Michael Burrows, and that Greensboro rotation has the potential to be stacked with prospects to follow each night.

The position player side isn’t as strong as the pitching, but has some guys to follow. The group is now led by Liover Peguero, who might not stick at shortstop long-term, but who projects to have a bat that could have value at any position. He’s already showing some power at a young age, making his bat the thing to watch.

Peguero could be joined by 2019 prep picks Sammy Siani, Jasiah Dixon, Jase Bowen, and/or Deion Walker. We don’t know yet how aggressive Cherington will be in placing first-year prep players, but Huntington did leave him with some toolsy guys to work with and group with Peguero.

Add in other guys in A-ball — such as Ji-Hwan Bae, Osvaldo Bido, and Santiago Florez — and you’ve got the makings of a good group to build around, and one that isn’t far behind the big prospects at the top of the system like Mitch Keller, Ke’Bryan Hayes, or Oneil Cruz.

One of the big trends for small market teams today isn’t just getting a lot of talent, but having that talent arrive all in the same window, giving you a stronger chance to contend with those guys. Having a collection of young talent is good, but having so many of those young guys grouped together is even better.

The Marte trade won’t solely lead to the Pirates winning again. It could give their rebuild a nice boost, and will definitely give prospect watchers a lot of talent to follow in Greensboro this year.

Emil Yde, pitcher for the 1924-27 Pirates. He spent three seasons in the minors before making his debut with the 1924 Pirates. Yde had a 28-12 record in 47 games and 339 innings for Oklahoma City of the Western League in 1923. The Pirates acquired him for minor league outfielder Ed Hock in December 1923. They would use him sparingly to start the season, but after pitching a shutout in his second start on May 31st, he began to see more time. He would go on to have a terrific rookie season, finishing with a 16-3, 2.83 record in 33 games, 22 as a starter. He led the National League in shutouts with four and in winning percentage with a .842 mark. In 1925 he wasn’t quite as good as his rookie season but the Pirates were a better team. He went 17-9, 4.13 in 207 innings as Pittsburgh won the NL by 8.5 games over the Giants. In the World Series, Yde pitched poorly in his only start, losing game four after failing to make it out of the third inning.

Yde split his 1926 season between starting and the bullpen, pitching 37 total games, 22 as a starter. He went 8-7, 3.65 in 187.1 innings, in what would be his last full season with the team. The 1927 Pirates would make it back to the World Series, but Yde contributed very little to that team, pitching just nine games spread out through the year. He had a 9.71 ERA in 29.2 innings. The Pirates traded him to a minor league team following the conclusion of the season. He pitched once more in the majors, throwing 29 games for the 1929 Detroit Tigers. Yde finished with exactly 100 minor league wins and his Major League record was 49-25, 4.02 in 141 games.

Lyle Overbay, first baseman for the 2011 Pirates. He signed with the Pirates as a free agent on December 14, 2010 after spending the previous five seasons with the Blue Jays. In 103 games for the Pirates he hit .227 with eight homers and 37 RBIs before being released in early August. He finished the season with the Diamondbacks, who resigned him for 2012. He also played for the Braves late in 2012, the Yankees in 2013 and the Brewers in 2014. Overbay had a career average of .266 with 151 homers and 675 RBIs in 1,587 games during his 14-year career.

Carlos Bernier, outfielder for the 1953 Pirates. He spent five seasons in the minors before he got his first shot at the big leagues after hitting .301 in 177 games with 65 steals in 1952 for Hollywood of the Pacific Coast League. He would play 105 games for the Pirates in 1953 in what would end up being his only season in the majors. He hit .213 but drew 51 walks and hit eight triples, one more than the amount of doubles he hit. He stole 15 bases, but also led the league in caught stealing, getting thrown out 14 times. He split his time between all three outfield positions, playing center field the most often. He would play another 11 seasons in the minors before retiring, getting into exactly 2,200 games and accumulating 2,291 hits, a .298 average and 200 homers. When he made his major league debut, he was just the fifth player even in the majors to be born in Puerto Rico

Bob Muncrief, pitcher for the 1949 Pirates. He was already ten seasons into his career when the Pirates purchased him for $20,000 following the 1948 season. He won a career high 13 games in four different seasons prior to joining the Pirates, the last time coming in 1945, which was the third straight season he accomplished that feat. In 1948 he went 5-4, 3.98 in 21 games for an Indians team that won the World Series. Muncrief did not fare well with the Pirates, making four starts before he was moved to the bullpen where he would end up allowing eight runs over six appearances and 3.2 innings. After his last appearance he was put on waivers and immediately picked up by the Chicago Cubs, where he finished the season. He pitched the next six seasons in the minors, except for a two game stint with the Yankees in 1951. Muncrief finished his Major League career with an 80-82, 3.80 record in 288 games.

Alf Anderson, shortstop for the Pirates in 1941-42 and 1946. Anderson was in his third season of minor league ball when the Pirates traded longtime infielder Pep Young to the Atlanta Crackers of the Southern Association on September 30,1940 in exchange for his contract. He hit .351 with 41 doubles in 148 games during that 1940 season. He started six of the first 11 games of the 1941 season at shortstop for the Pirates, then went 47 games straight without a start before taking over the starting shortstop job for the rest of the year. He played a total of 70 games, hitting .215 with 32 runs scored and his defense was below average, making 19 errors in 58 games at shortstop. He was the backup shortstop for most of 1942 getting a majority of his games in early June and in September. In 54 games he hit .271 and drew 18 walks. He spent the next three seasons working a wartime job in the states, before joining the Navy. He returned to the Pirates in 1946, but only appeared as a pinch-hitter twice before they released him to the Hollywood Stars of the Pacific Coast League, where he finished his playing career later that year.