Morning Report: Breaking Down the Strong Numbers From Jose Osuna and Dario Agrazal 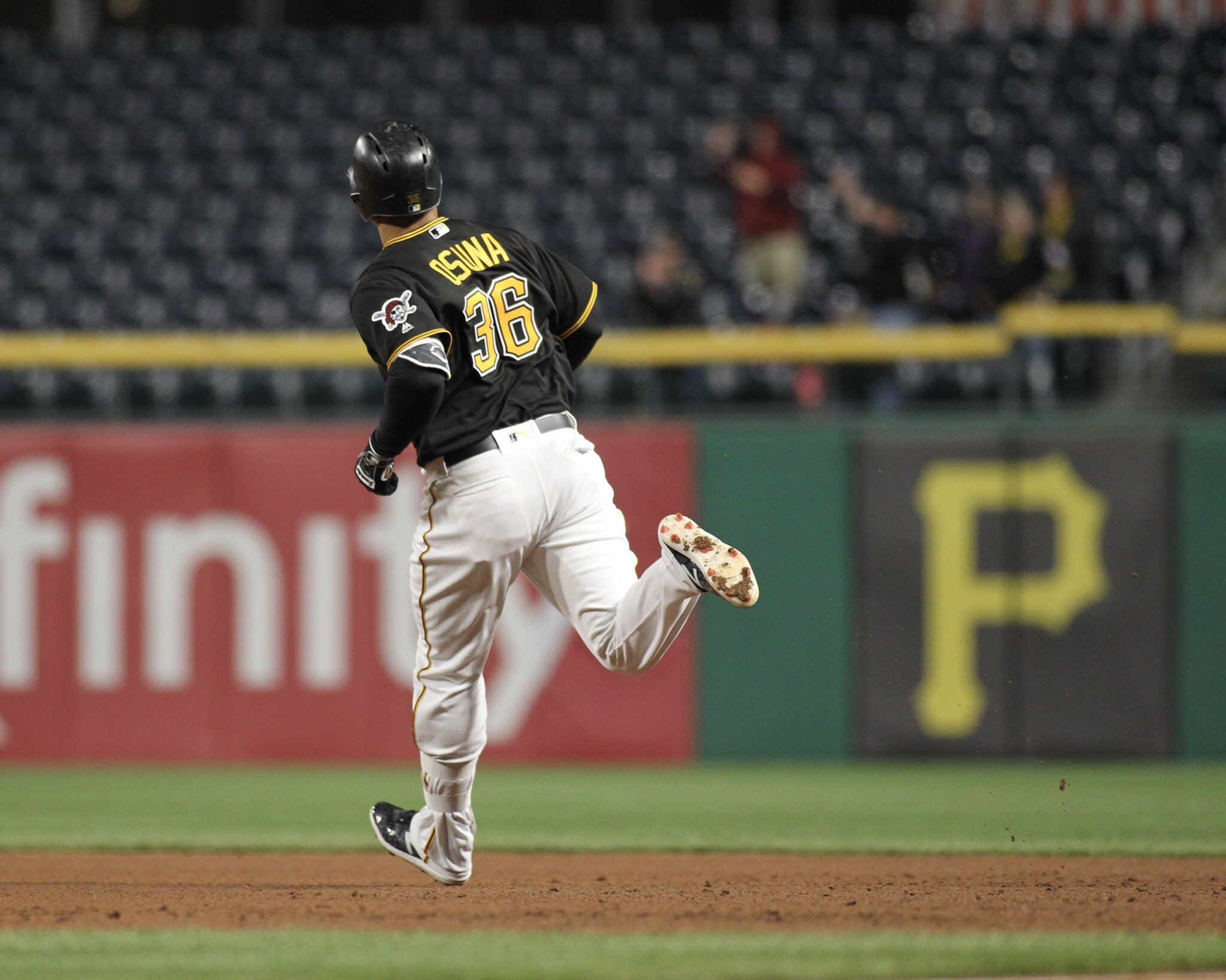 The Pirates have seen their playoff hopes fading over the last week, but there have been some fun things to watch during that time. Two players who have stood out with surprising numbers are Jose Osuna and Dario Agrazal.

Osuna should be well known by Pirates fans after a few appearances in the majors prior to this. He never hit enough to stick in the majors before, but that’s not the case now. Agrazal has been a prospect in the past, then fell off the radar due to injuries, only to re-emerge as a surprising rotation depth option this year.

Both players are putting up numbers that seem unsustainable. Let’s take a look at each player to see if that’s actually the case.

Osuna has always been intriguing due to his power potential. The power had translated over to the majors prior to this year, but it wasn’t enough to justify his low average and on-base percentage. He didn’t have the defensive value to play anywhere other than first base on a regular basis, which had him stuck behind Josh Bell. When Bell struggled, Osuna couldn’t capitalize with strong MLB results.

He’s now hitting for a .308/.357/.631 line in 71 plate appearances. That’s a small sample, but he’s getting there the right way. His production comes with a walk increase — something he was showing in Triple-A — and a better batted ball profile. His ground ball rate is around 41% this year, versus 49% in his MLB career. He’s been hitting more line drives and fly balls, leading to more power production and a better average.

Osuna is making harder contact. He’s hitting the ball with a better launch angle for fly balls and line drives. He’s hitting more barrels, and this is all leading to a higher average exit velocity.

I don’t know if Osuna will continue hitting like this. But he doesn’t have to hit like this to stick in the majors. If he hits for average and sees a drop to his previous power levels, he’s a starter — even with the defensive issues. Or maybe the NL adopts the designated hitter and he easily finds a spot on the team.

Right now Osuna has earned more time, with very encouraging numbers, and very encouraging metrics to back those numbers. I think Josh Bell has his spot locked down at first base, which will make it interesting to see what happens with Osuna if he does continue to hit well.

Agrazal is off to a great start on the surface, with a 2.45 ERA in four starts as a depth option. Below the ERA you will find unsustainable numbers, starting with a 6.64 xFIP.

Agrazal is stranding about 90% of his runners, and has a BABIP of .250, which are both unsustainable. What makes it worse is that he’s striking out fewer batters than he’s walking, and he’s not walking many batters.

The pitch breakdown for Agrazal is interesting. He’s always worked best as a sinker/slider guy, and that combo has worked for him so far. The sinker isn’t getting ground balls, as his overall rate is 37%, but the pitch has a .727 OPS against. The slider has been difficult to hit, with a .423 OPS, but isn’t really a strikeout pitch.

I don’t see Agrazal as a starter in the majors in the long-term with this pitching profile. He could be a nice middle relief option, similar to a Jared Hughes type pitcher. I’ve projected that for him before, and only backed away when his career was derailed a bit due to injuries. Now that he’s back on track enough to reach the majors and have some success, he’s looking more likely for that type of role.

Today’s Starter and Notes: The Pittsburgh Pirates lost 2-1 in 11 innings to the Philadelphia Phillies on Sunday. The Pirates now take on the St Louis Cardinals for four games at PNC Park. Trevor Williams will get the start tonight, getting pushed back two days due to flu-like symptoms. He faced the Chicago Cubs in each of his last two starts, allowing a total of 13 runs on 20 hits and six walks in 11 innings. Williams pitched against St Louis once this year and allowed one run over seven innings back on May 10th. The Cardinals will counter with right-handed pitcher Daniel Ponce de Leon, who has a 2.80 ERA in 35.1 innings, with 41 strikeouts and a 1.02 WHIP. He just faced the Pirates five days ago and gave up four runs on eight hits and two walks in 3.2 innings. Prior to that outing he had a 1.99 ERA and an 0.82 WHIP.

Bristol will send out Dante Mendoza, who has 21 strikeouts in 20 innings this season. He has given up just one earned run in his last two starts combined. Morgantown hasn’t been listing their starters, but Jesus Valles went last night, so it could be Michael Burrows, since he has been following Valles in the rotation. Braxton Ashcraft appears to be skipping a start…unless he goes tonight, then forget I said that. No starter is listed for the GCL Pirates, but it should be the fourth start from Quinn Priester. Both Indianapolis and Greensboro have off today.

From Indianapolis on Saturday, Pablo Reyes making a nice play out in left field

Couldn't "catch" our game against the @Threshers yesterday? @TSwaggerty_21 and @Calvinmitch_14 have you (and the outfield) covered! pic.twitter.com/lWToPa5273

Six former Pittsburgh Pirates players born on this date, plus two trades of note. We start with the best player born on this date and you can find a full bio for him here. George Gibson was a catcher for the Pirates from 1905 until 1916 and held the team’s record for games caught until Jason Kendall passed him nearly 100 years after Gibson played his first game. He was a key member of the 1909 club, catching 150 games that season, which is almost unheard now under much easier conditions for a catcher. When he first came up to the majors, he was strictly a defensive specialist with a cannon for an arm, but he turned himself into a respectable hitter. Gibson also managed the Pirates after his playing career was over, finishing with a 401-330 record.

Sheldon LeJeune played center field for the 1915 Pirates and he may have had the best arm in team history. Back in 1910, he broke the world record for longest throw in the air at 426 feet. He was a great minor league player, but his success never carried over to the majors.

Finally, Jack Glasscock played for the 1893-94 Pirates and he is an under-appreciated star from that era, one who hit .290 career, with over 2,000 hits and played a terrific all-around game.

As for the two trades made on July 22nd, we have the 1988 deal that sent outfielder Darnell Coles to the Mariners for outfielder Glenn Wilson. We also have the 2009 deal that saw Adam LaRoche go to the Red Sox for shortstop Argenis Diaz and pitcher Hunter Strickland. You can read more about these deals and the bios of the five players mentioned above in the link at the top of this section.