The Hardest Throwing Minor Leaguers for the Pirates 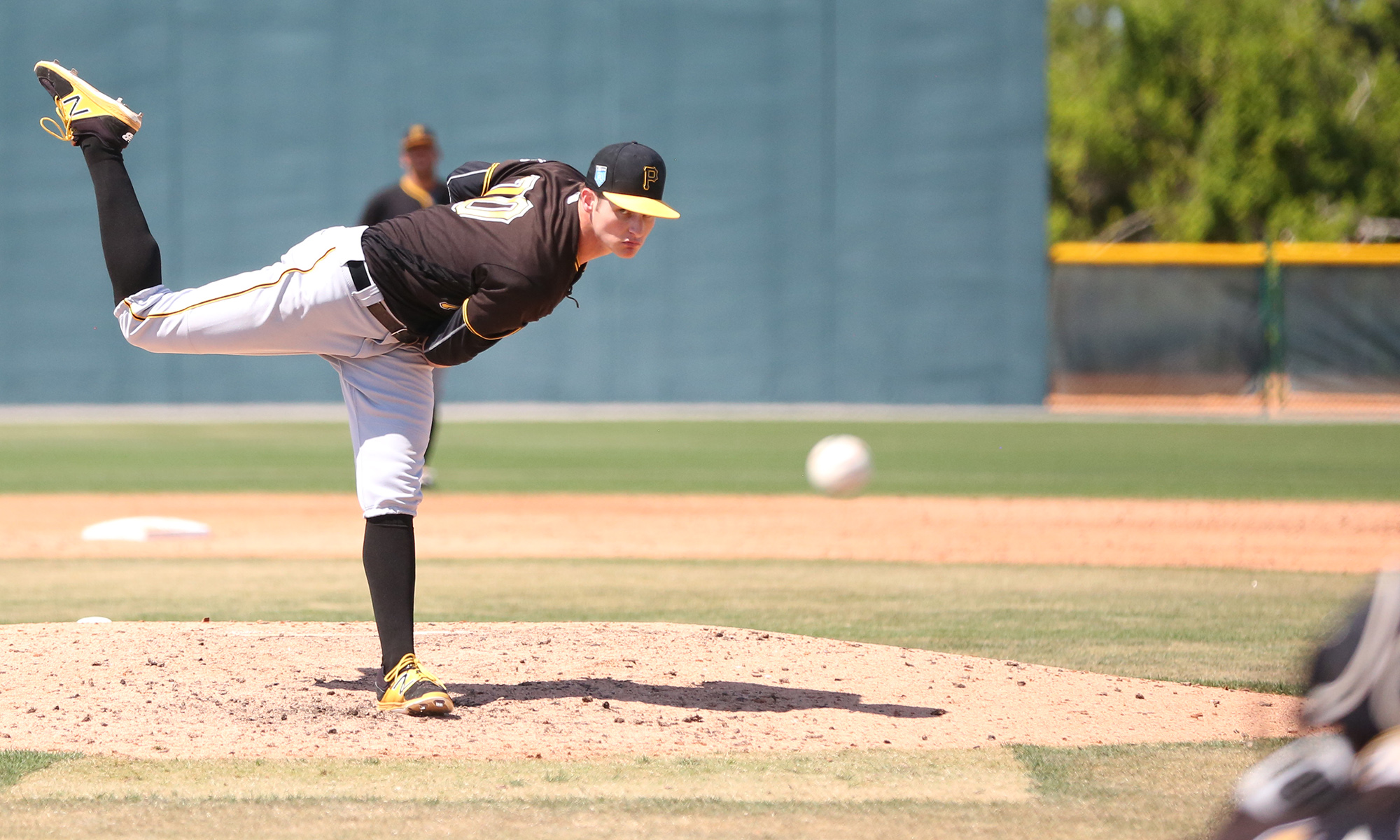 I’m going to start this article off by saying that velocity alone doesn’t make someone a legit prospect and it doesn’t mean that the player has the best fastball either. What velocity does is get attention. Baseball America recently posted an article about the players who hit 100 MPH this past season. They acknowledged that they probably missed some, but it was considered a nearly complete list. MLB Pipeline just posted a list of the hardest throwing prospect for each team. They were looking for the prospect with the best fastball, while BA was just concerned with speed for their article.

I thought I’d do a combination of those two articles and show the players who we know hit 100 MPH in 2018 and then talk about their prospect status. I didn’t include reliever Jake Brentz because we couldn’t confirm that he hit triple digits in 2018, though we know he did multiple times in 2017, including once in Spring Training with three writers for Pirates Prospects (myself included) there watching. These are the four who we can confirm hit 100 MPH in 2018.

I’m going to start with Blake Cederlind (pictured above) because we only learned about him from the Baseball America article. Seeing his name on the list wasn’t completely unexpected because he threw 97 MPH already when he was drafted and many times we have seen him sit 96-97 MPH in person as a starter. Adding a few MPH as a player goes along in pro ball happens all of the time, especially if they are moved to full-time relief like Cederlind was in 2018. The thing about him is that we never heard he reached triple digits, so when I checked in with some people about Cederlind hitting 100 MPH, I didn’t expect more than hearing about him hitting it once.

I checked with someone who didn’t see Cederlind until May and they confirmed that he threw 100 MPH in a game, but they were also told that day that he hit 101 MPH earlier in the season. Then I checked with Bradenton and found out that he hit 100 MPH on multiple occasions there. So Cederlind somehow flew under our radar all season while throwing as hard as anyone in the system.

Next up is Geoff Hartlieb, who was featured in the MLB Pipeline article linked above. BA missed on him in their article, but he once reportedly hit 100 MPH in 2017, then did it multiple times throughout this past season at Altoona, followed by more triple digit readings in the Arizona Fall League.

Jesus Liranzo came to the Pirates as a waiver claim last April and immediately hit 100 MPH with Altoona. He routinely hit 100 during the season with Indianapolis as well, followed by a small mechanical change in winter ball this year that resulted in him sitting 99-101 during one game and reportedly hitting higher in another contest.

The fourth player to hit 100 was Oliver Mateo, who probably just drew “who?” from 99% of the people who read his name. He is a 21-year-old right-handed pitcher, who debuted in the DSL this past summer and was an under-the-radar signing. I regularly ask questions about the new DSL players and I start with general things, such as who is the fastest runner, most power, best breaking ball and best fastball.

We have heard previous reports about new international signings hitting 100 MPH, only to be told by others that the player topped out at 96-98. So when I asked about the hardest thrower this year and was told Mateo sat 95-99 MPH, hitting 100, I triple checked it. Obviously the answers were all yes, otherwise I wouldn’t be talking about him now.

So you have four players who can all hit 100 MPH. The question now is, who can get the most out of that fastball? Here are some stats to look at first. It’s the walks per nine innings and strikeouts per nine innings for these four flamethrowers.

As you can see by the lists, you could describe both the walk and strikeout rates for Mateo to be “ridiculous” and you would be saying two completely different things. Liranzo and Cederlind both walk too many batters, but it’s not out of control for either and their strikeout rate is much higher than the walks. Hartlieb has a fine strikeout rate and he clearly displayed the best control of this group.

Right now, the best fastball would probably be Liranzo for me. That’s based off of his results with the mechanical change this winter, mixed with the fact that Hartlieb had a lot of trouble repeating his delivery during the fall league and the results were poor. If you asked me during the season, I may have picked Hartlieb, so they are close. They are also close to the majors, with Liranzo spending most of 2018 in Indianapolis, while Hartlieb spent all of 2018 in Altoona, pitched in the AFL and received his first non-roster invite to Spring Training recently.

Cederlind is still a wild card. His fastball has always had a lot of velocity, he just added 2-3 MPH to it this past season. He doesn’t have a second solid pitch though, so the progress has been slow since being drafted out of college in 2016. He had strong results in Low-A early this year, albeit while repeating the level. That was followed by very poor results with Bradenton over 21.1 innings, walking more batters than he struck out, while posting a 7.59 ERA. He will be 23 years old this entire season (his birthday was last week), so there is still time to get on track.

Mateo received an invite to the Fall Instructional League a few months back and about 90% of the time, those players are back in the U.S. for Spring Training the next season. So he could be at Pirate City in March and we will see if any improvements have been made to his control. I was actually told by one person, despite the contrary stats, that his control wasn’t awful. He was usually around the plate, so it’s possible that with more experience, he could make enough improvements down the line to be a prospect instead of a project. It’s also possible that the way he shows improvements with his control is by not throwing as hard.