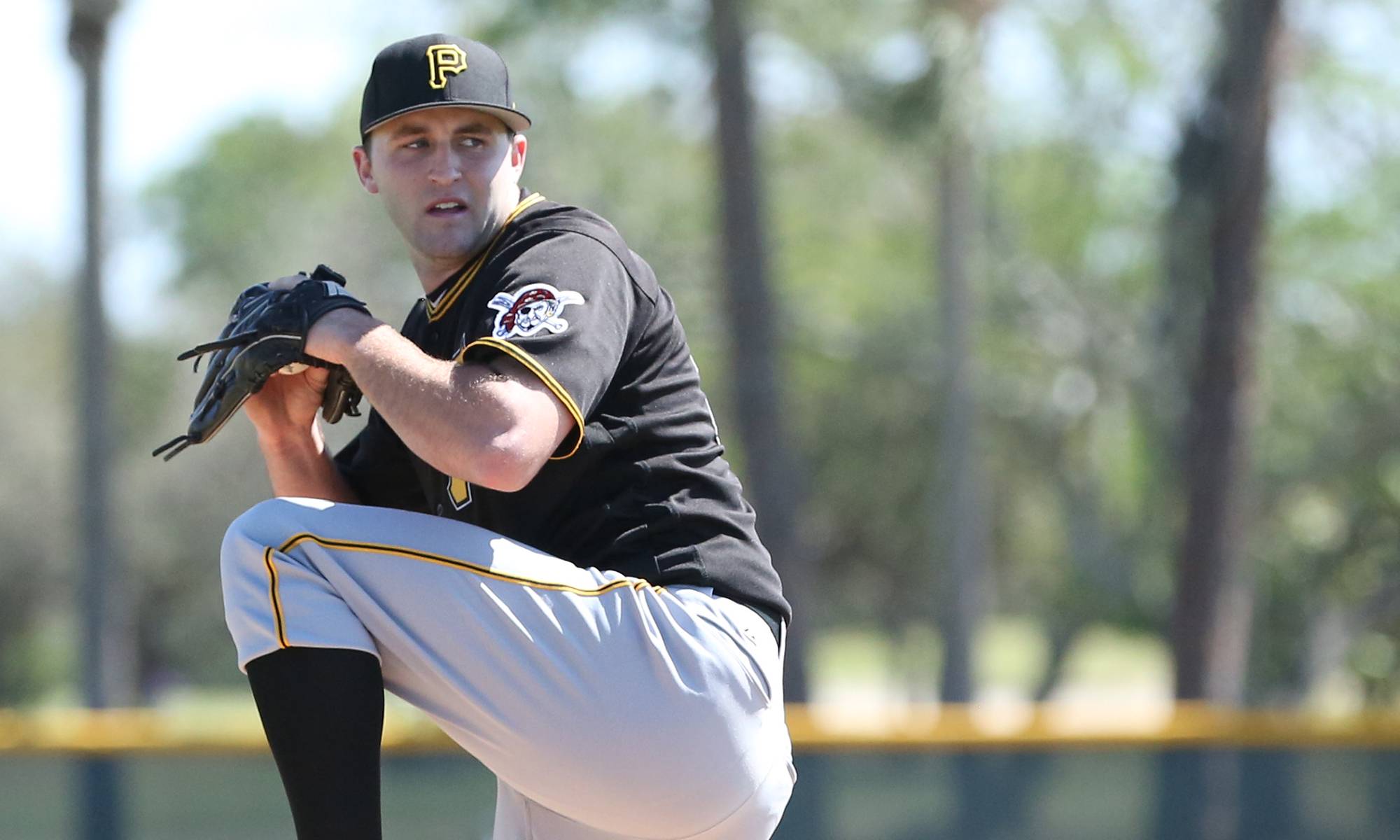 In the Dominican on Saturday night, Michael Feliz pitched for the second night in a row and he allowed one run on one hit. That one hit happened to be a home run by Ronny Paulino (yes, that Ronny Paulino). In his first two appearances combined, Feliz gave up one hit, with no walks and two strikeouts, over 1.2 innings.

Yes, there is proof that this really happened last night:

Pablo Reyes started in right field and finished the game in left field, as he continues to move around between six positions this winter. He went 1-for-5 with his fourth double. Reyes is hitting .248/.341/.328 in 33 games.

In Puerto Rico on Saturday, a fourth player from the Pirates joined Gigantes de Carolina. Bret Helton (pictured above) made his debut and had a rough night. He faced five batters, allowing two runs on two hits and two walks. Helton recorded two outs, one on a sacrifice fly and one on a base running mistake. He pitched this season for Altoona, where he had a 6.12 ERA and a 1.66 WHIP in 60.1 innings. His ERA took a major hit at the end of the season when he allowed 13 earned runs in his final 5.2 innings.

The Gigantes technically have a fifth Pirate on their team. Pitcher Hector Quinones retired from baseball last spring, but if he were to return to pro ball, he would still be with the Pirates. He was their 32nd round pick in 2017.

Jerrick Suiter had a big night at the plate, which he really needed after some hitless games recently. He went 2-for-5 with a double, walk, RBI and three runs scored. He is now hitting .222/.300/.278 in ten games.

In Colombia, Francisco Acuna returned to his team after playing in the U18 World Cup in Panama. He batted lead-off and started at shortstop on Saturday. Acuna went 1-for-4 with a run scored, before leaving late in the game for a pinch-hitter. He is hitting .267/.333/.267 through ten games.

Edgar Barrios, who was starting at shortstop while Acuna was gone, took over on defense after Acuna was removed last night. He did not get a turn at the plate.

Carlos Arroyo made his fifth start of the season. After playing second base in the first four games, he was the DH on Saturday. Arroyo is one of the youngest players in the league (turns 18 in July) and he’s playing like he’s young for the league as well. He went 0-for-3, which leaves him 0-for-18 on the season.