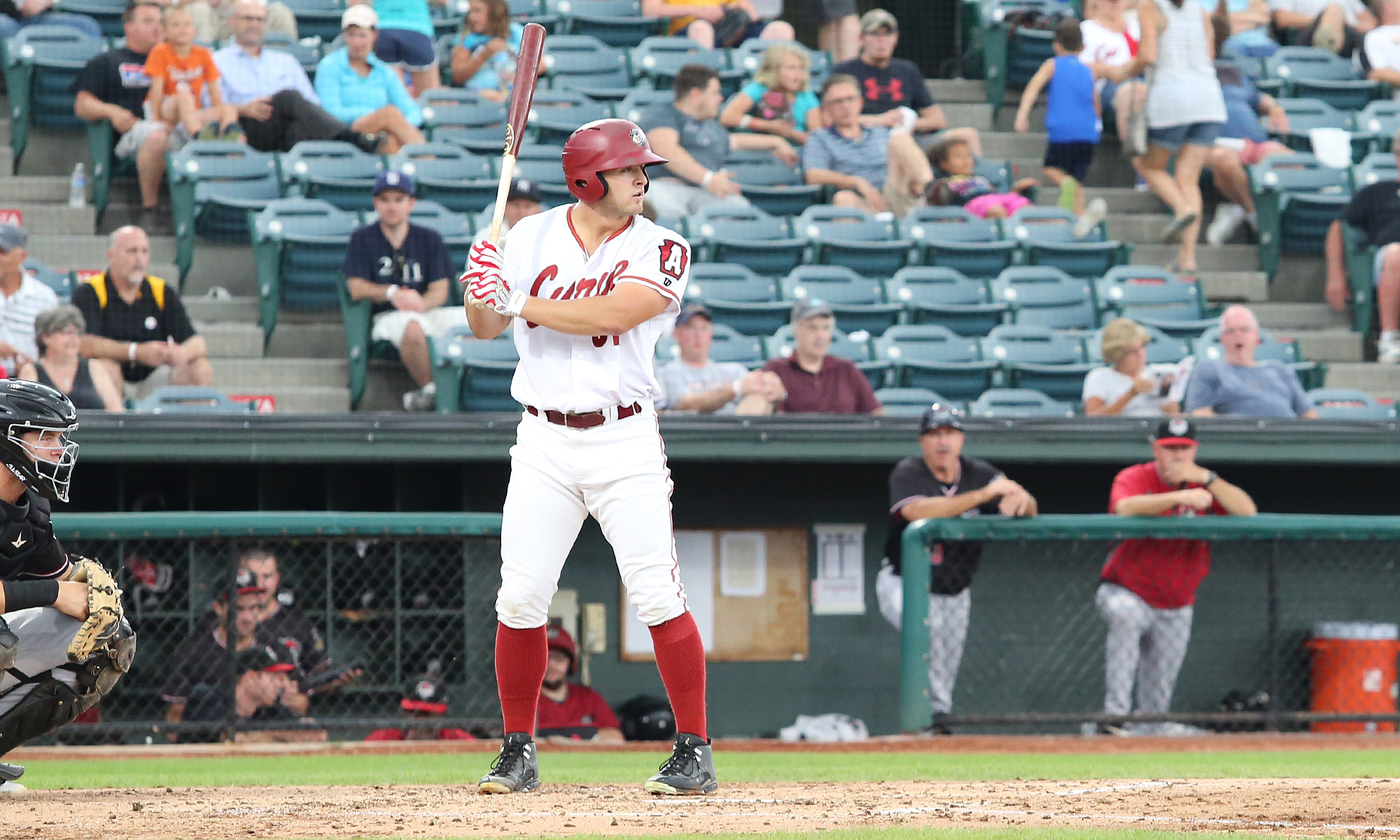 Winter baseball began in Puerto Rico on Thursday night with three Pittsburgh Pirates in the league. Gage Hinsz, Jerrick Suiter and Jordan Jess are all on Gigantes de Carolina. Suiter (pictured above) was in the starting lineup as the DH on Opening Day and had an 0-for-4 night. He was at first base on Friday night and he went 1-for-3 with a single and a walk.

Jordan Jess pitched in relief on Friday night and retired all three batters he faced, picking up two strikeouts. While Jess spent the season with Bradenton this year, the strikeouts came against two batters with big league experience, Kennys Vargas and former Pirate, Danny Ortiz. Hinsz did not appear in either of the first two games.

Erik Gonzalez lost his seven-game hit streak, going 0-for-5 on Friday. He now has a .286 average in 14 games. He played shortstop for the third time this winter and handled eight plays cleanly.

Alfredo Reyes was used as a pinch-runner in the tenth inning and he scored the winning run. He did not get a chance to hit and has just two at-bats in his last six games played.