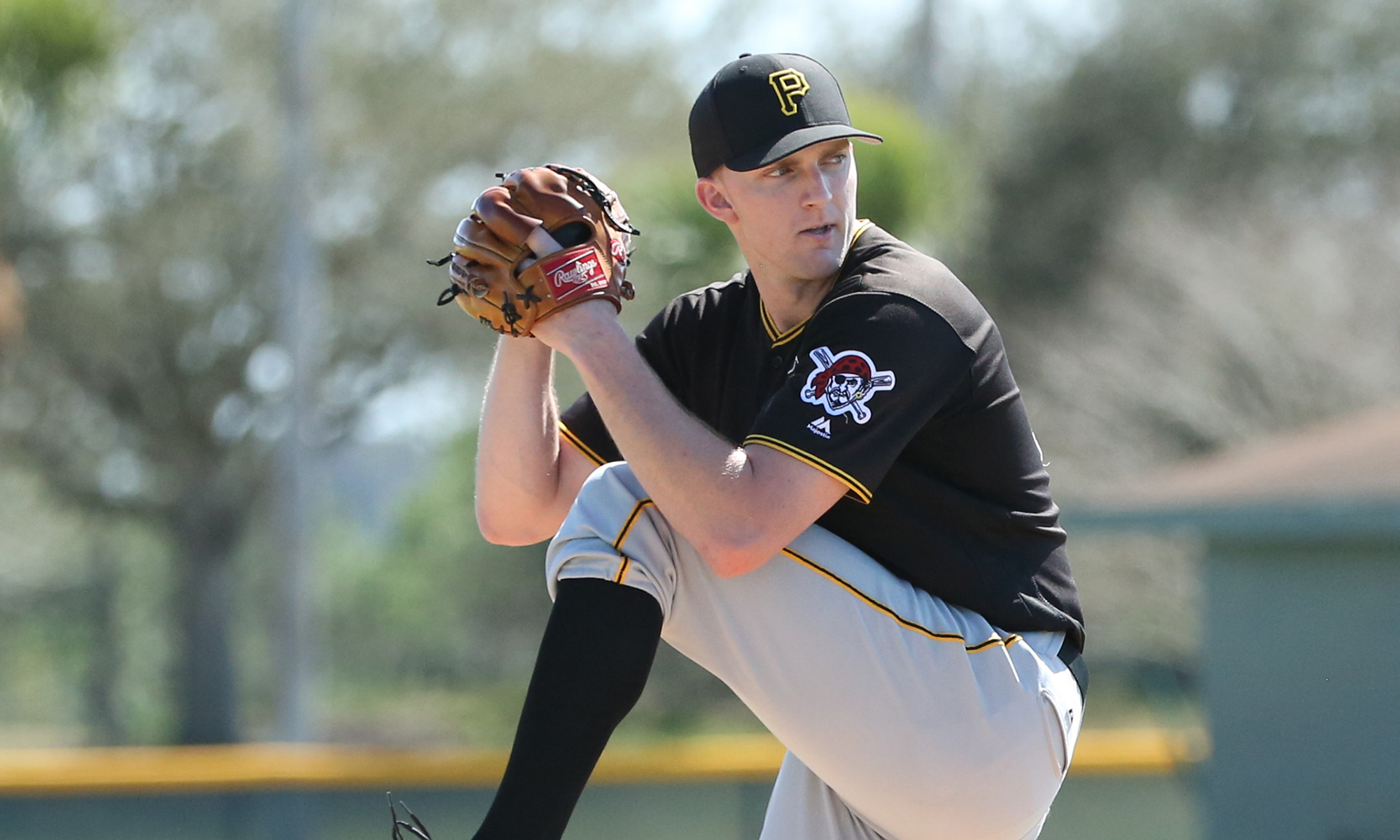 In Puerto Rico on Saturday night, Gage Hinsz pitched in a game for the first time since August of 2017 and he put together an outstanding outing. He tossed four shutout innings, allowing one hit and one walk, while striking out five batters.

Hinsz dealt with shoulder issues for most of 2017, which was eventually diagnosed as a scapular stress fracture on his right side, which is a rare injury in baseball. During his return from surgery this year, Hinsz had a heart issue that required open heart surgery in May. The Pirates said at the time that they believed he would be ready to go at the start of 2019 Spring Training, so he appears to be ahead of schedule. He was throwing on the side during the Fall Instructional League, but he obviously stepped up his throwing since then so he could go four innings during his first game back.

All three Pirates played tonight in Puerto Rico. Jordan Jess pitched for a second straight night and this one didn’t go as well as his debut, where he struck out two Major League players in a scoreless inning. On Saturday, Jess allowed two runs on three walks and one hit, in one inning.

Jerrick Suiter started at first base and went 1-for-3 with a single, walk and an RBI. He left for a pinch-hitter in the eighth. Suiter went 1-for-7 with a walk in his first two games of the season.

In the Dominican, Erik Gonzalez was on a hot streak when the Pirates acquired him, batting .314 at the time, with a seven-game hit streak. It was still early in the season though, so it didn’t take much for those numbers to drop significantly. After an 0-for-5 on Friday night, he went 0-for-4 with two strikeouts on Saturday, and now has a .267/.286/.317 slash line in 15 games. Gonzalez committed his first error at shortstop in his fourth game at the position. He has five errors in 11 games at third base.

Pablo Reyes was at third base on Saturday and he went 1-for-3 with his second double, a walk and an RBI. He was caught stealing for the first time in five attempts. Reyes is hitting .235 through his first 24 games, with two doubles, a triple, a homer and 12 walks.

Tyler Eppler started on Saturday night, but it won’t count in the stats because rain postponed the game before it could become official. He went three innings, with one run on one hit and a walk, while striking out four batters. In his five starts that have made it to the stat sheet, he has a 3.97 ERA in 22.2 innings, with a 1.15 WHIP and a 20:3 SO/BB ratio.

Alfredo Reyes struck out as a pinch-hitter. He is 6-for-26 in 20 games this winter.

In Venezuela, Elvis “the Vulture” Escobar swooped in for another easy victory. For the second game in a row, he picked up the win by retiring the only batter he faced. He threw six pitches in each game. Escobar has now made seven appearances, and has allowed one run on five hits in five innings, with no walks and four strikeouts.