Winter Leagues: A Look at the Results Through the First Month 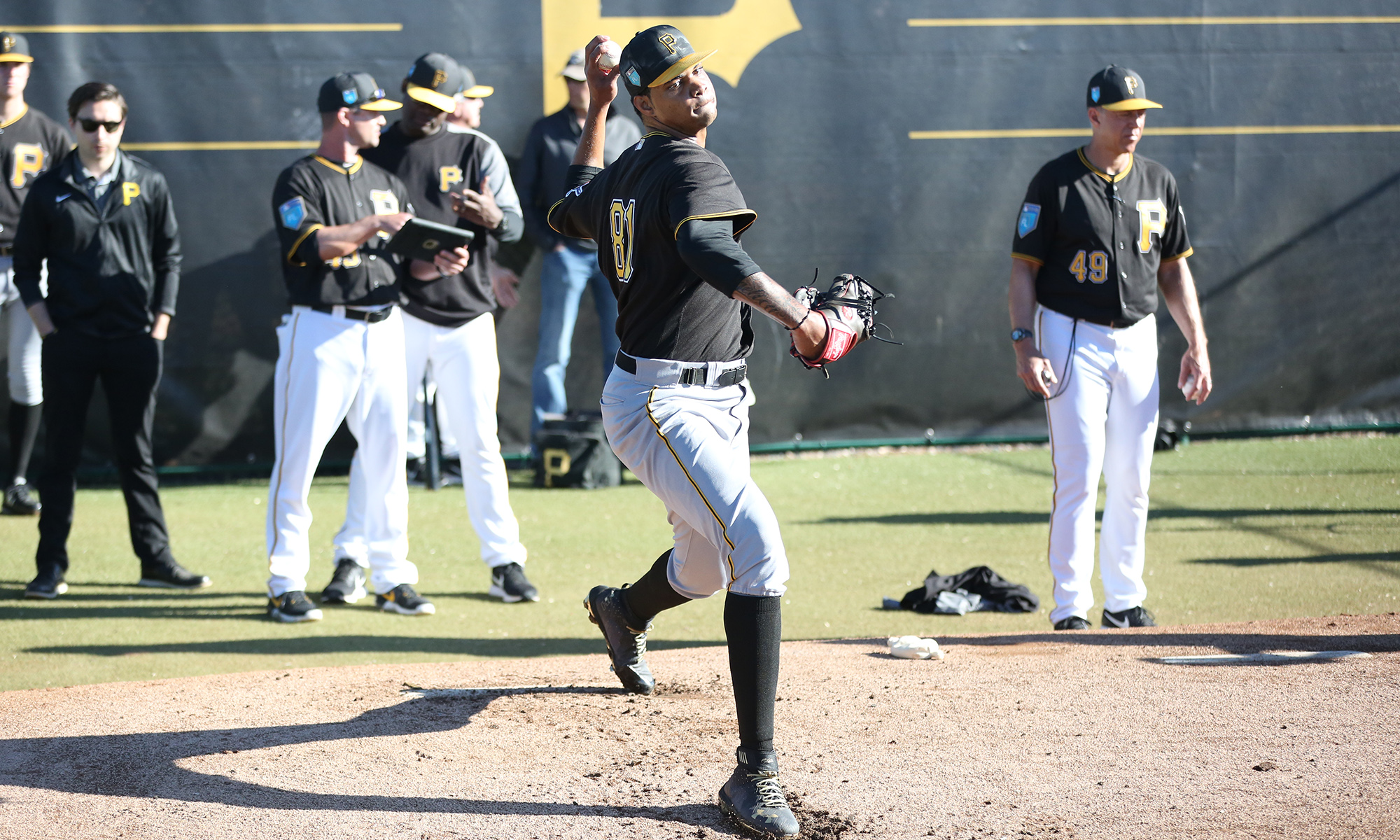 Only two Pittsburgh Pirates saw action in winter ball last night (and the AFL had off) so I thought I would give an update through the first month of action. As we have mentioned, this is a slow winter so far, with a total of seven Pirates seeing action. A few players are starting to play next week, but some key names also won’t be around much longer.

We start with Pablo Reyes, who is the only player in winter ball for the Pirates right now who has played in the majors. He played last night and did something that has only happened once in his seven-year pro career. Reyes drew four walks. He also scored two runs and stole a base. The only other time Reyes walked four times in a game was back on June 25, 2014 when he was with Bristol. He’s the only one of 14 players used by the Pirates that day who is still in the system. He’s hitting .239/.346/.313 in 19 games, while making starts at five different positions. Reyes is playing until the end of this month.

Jesus Liranzo also saw action on Thursday and he allowed a run on two hits in his one inning of work. It was just the second run he has allowed in 12.1 innings. He had previously given up just four hits this winter. Liranzo has allowed one walk, while picking up 16 strikeouts. In yesterday’s winter article, I noted that he made an adjustment in his windup and that has led to an extra tick in the velocity from someone who would already hit 100 MPH. Instead of sitting 97-99, touching 100 MPH, like he did during the regular season this year, he is showing better control while sitting 98-101 MPH.

As for the others in the Dominican, we start with Tyler Eppler, who has a 3.57 ERA, a 1.07 WHIP and 16 strikeouts in 17.2 innings. He has thrown shutout ball in two of his four starts, and given up seven runs over 7.2 innings in the other two starts. He has about two weeks left of winter ball before he returns home, which will likely give him three more starts.

Alfredo Reyes has received a lot of praise this winter for his defense at shortstop, but he isn’t receiving a lot of playing time. He’s hitting .217/.240/.217 in 14 games, though he has just 25 plate appearances.

Oddy Nunez (pictured above) looked like he was going to pitch a lot this winter, throwing multiple innings in relief once early in the season, then starting the next game (on a limited pitch count). He has pitched just once in the last two weeks. Nunez has allowed three runs on four hits and two walks, with three strikeouts in 4.1 innings.

In Mexico, Eduardo Vera has made four starts in which the Pirates have him limited to five innings each game. He has thrown 20 shutout innings. He has one walk, 15 strikeouts, an 0.50 WHIP and a .134 BAA. You could say he’s been good. He has one start left, which is scheduled for tonight. The Pirates have extended him a Spring Training invite already, but according to an interview he gave on Wednesday, a 40-man roster spot hasn’t been ruled out yet.

In Venezuela, Elvis Escobar is seeing limited mound time, throwing 3.1 innings over four appearances. He’s allowed five hits and no walks, while striking out three batters. The former outfielder has also been used twice as a pinch-runner on days he wasn’t available to pitch. It’s not a bad idea for him to get limited time, but continue to pitch, so he will be able to put in innings for the entire 2019 season without worrying about an innings limit.