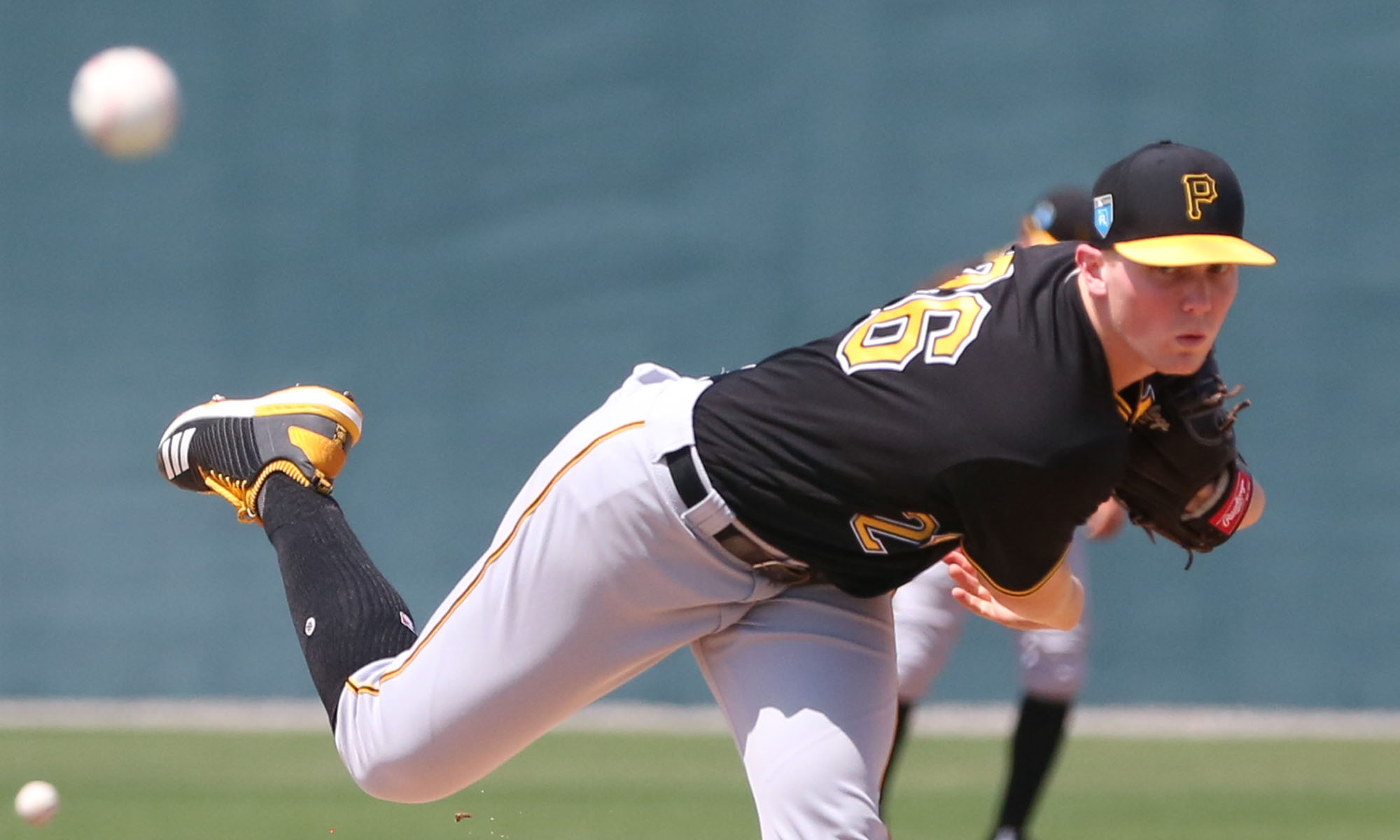 This year will be the ninth year that we’ve published our annual Prospect Guide, which profiles every player in the Pittsburgh Pirates’ system. The book has undergone a lot of changes over the years, but the layout has largely remained the same. This is due to the formatting needed for printing the book, which is printed in black and white.

Last year we made the switch to the book primarily being an eBook, although we still released a limited amount of printed copies. This year will be the first year that the Prospect Guide will be exclusively an eBook. For that reason, it made sense to update and upgrade the profiles in the book.

Here is a look at how the top 50 profiles used to look: The design was pretty simple. There was a photo to show the player, but it wasn’t a big focus, since the photo wouldn’t come through as well in black and white. The main focus was on the text, which had to be kept separate from the photo.

Now, here’s a look at the new format: We don’t have our rankings done yet, so I’m just using Keller as an example and assuming he will remain number one on our list. The design is much nicer, and more concise. So aside from having a better look, we’ll also have more space for the profiles, aka the most important information.

We’ll also have some other upgrades by the time the final book is released, again with the eBook allowing us to do things that couldn’t be done when the book was being printed.

The 2019 Prospect Guide will be released in multiple parts. The initial top 50 will come out in December before Christmas. The final release will include the full book. We will also have updates after every significant move that impacts the top 50 this offseason.

You can pre-order the book today, and as a special gift, you will get the 2018 Mid-Season Top 50 for free with your purchase. We also have Cyber Monday deals on gift subscriptions and older eBooks.