Prospect Watch: Big Nights at the Plate for Kevin Kramer and Jin-De Jhang 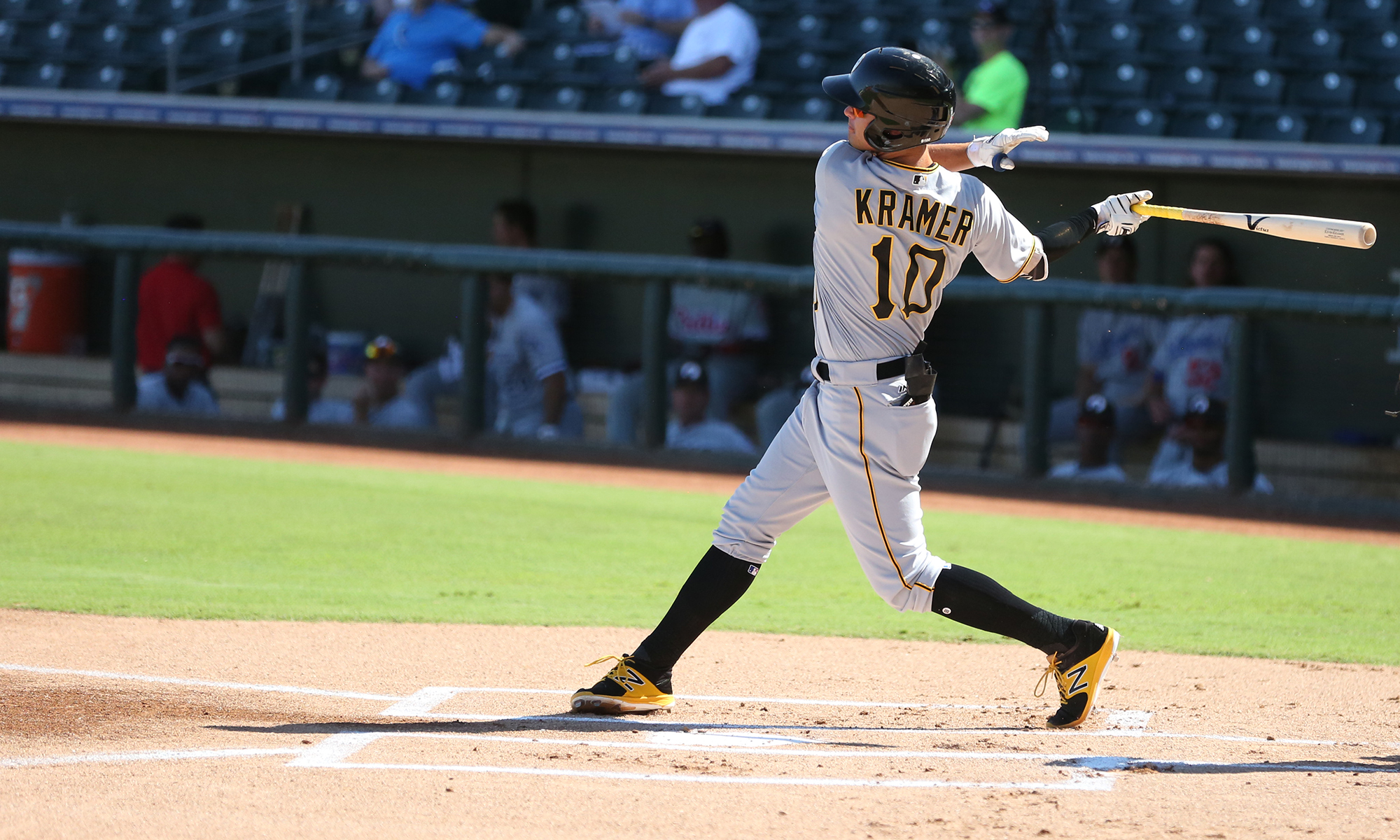 Mitch Keller got the start in a big game on Friday night. Indianapolis is competing for either a division title or a wild card spot, but with four games left going into tonight, neither was a guarantee. Keller didn’t have his best control from the start, and in the sixth it ended up hurting him. He allowed a two-run homer in the sixth, after giving up solo runs in the first and second innings. He went 5.2 frames, giving up four earned runs on nine hits and two walks, with six strikeouts. Keller finishes with a 4.82 ERA in ten starts with Indianapolis. He had 135 strikeouts in 142.1 innings this season.

Buddy Boshers recorded the final out of the sixth inning. Damien Magnifico took over in the seventh and tossed two scoreless innings, before giving up two runs in the ninth inning to hand him the loss.

Kevin Kramer had a great night with the bat in a losing effort. He had four hits, including two doubles and his 15th home run of the season. Kramer drove in four of the five Indianapolis runs. He now has 34 doubles, which is second most in the International League. Jose Osuna had two hits, a walk and a run scored. Pablo Reyes hit his 20th double and scored a run. Jordan Luplow had a single, RBI and a run scored.

James Marvel got the start for the Curve, as they look to move one step closer to a division title. He was strong in his first four starts for Altoona, but didn’t have his best stuff on this night. In six innings, he allowed four runs on eight hits and a walk. Marvel had three strikeouts, a 7:6 GO/AO ratio and he threw 59 of 87 pitches for strikes. He finished the regular season with 167.1 innings pitched. Sean Keselica followed with two shutout innings, then Matt Eckelman sent it into the 11th with two more shutout frames. Tate Scioneaux pitched the 11th with a five-run lead and he gave up one harmless run.

Jin-De Jhang matched Kevin Kramer with four hits and four RBIs. Jhang had two doubles and a walk. Ke’Bryan Hayes had four singles, an RBI and three runs scored. Will Craig drove in his 99th run. Tyler Gaffney doubled and drove in two runs. Altoona struck out 19 times in the game. Everyone in the lineup reached base safely at least once and had at least one strikeout.

This was the resumption of an earlier game that was suspended after the top of the first was played. The actual game scheduled for this day was canceled, as neither team had a chance to make the playoffs, so it was deemed unnecessary. Pedro Vasquez started the game and threw a scoreless inning, but he wasn’t on the mound when it resumed. Mike Wallace took over and had a night that he hopes to soon forget. He gave up four homers in two innings worth of work, but it was much worse than just that. Wallace allowed 12 earned runs on 13 hits and two walks.

Adam Oller took over in the fourth and had a rough time too, though not nearly as bad as Wallace. He went four innings, giving up six runs (five earned) on seven hits and two walks. Blake Cederlind went the final two innings and only allowed one run.

Albert Baur had a big game, going 3-for-4 with his 18th double and 13th homer. He scored both Bradenton runs. Adrian Valerio had two hits and an RBI. Brett Pope had a single and a walk.

Hunter Stratton got the start and while he wasn’t exactly pounding the strike zone, he had some solid results. He allowed two runs (one earned) on six hits and three walks, with three strikeouts over six innings. Stratton threw 100 pitches on the night, with 56 going for strikes. He has not allowed more than two runs in a start since July 6th. Ryan Valdes took over in the seventh and threw three shutout innings while striking out five batters. Cam Alldred took over in the tenth and allowed three hits to bring home two runs for the loss.

Jesse Medrano drove in all three runs for the Power. In the seventh inning, a two-run single tied the score. He singled home another run in the tenth. Raul Hernandez had a single, double, walk and a run scored. Travis Swaggerty didn’t factor in any of the runs, but he had a single, double and a walk.

Brad Case began the season in the GCL, moved up to Bristol for two starts, then joined Morgantown for this game. He put forth a nice effort, allowing two runs (one earned) on three hits and one walk over five innings. Case had two strikeouts and threw 46 of 68 pitches for strikes. Alec Rennard took over in the sixth and threw three scoreless innings. Nick Mears had the ninth and gave up a hit and a walk, but no runs. He had two strikeouts in his one inning, matching his first pro appearance five days ago.

Fabricio Macias had a game that would stand out on most days. He went 4-for-5, with a triple, RBI, two runs scored and a stolen base. He’s hitting .333 in 17 games with Morgantown. Zack Kone had a single, double, walk and his seventh stolen base. He has ten doubles. Mike Gretler hit his ninth double and drove in two runs. Edison Lantigua hit his fifth triple, walked and scored a run.