Francisco Rodriguez Traded to the Brewers 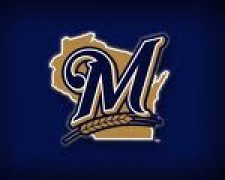 The Milwaukee Brewers made the first splash of the trade season in the NL Central last night when they added late inning reliever Francisco Rodriguez.  Rodriguez will give Milwaukee a strong combination in the back of the bullpen when paired with John Axford.  However, the move comes at a big price.  Rodriguez is making $11.5 M this year, and has a $3.5 M buyout on his option next year, which is almost a guarantee, since his option of $17.5 M is way too high.

I’ve talked a lot about how the Pirates could get a big upgrade to their team by giving up salary and very little else.  I mentioned this yesterday when I talked about how the Cubs would be the perfect team for the Pirates to trade with, as they could get Aramis Ramirez and Carlos Pena for minimal return, outside of salary relief for the Cubs.  The Rodriguez trade proves that point.

I calculated that Rodriguez has a value of -$1.6 M for the remainder of the 2011 season.  Add in his $3.5 M buyout, and you’ve got a -$5.1 M value.  Milwaukee got $5 M from New York in the deal, which means the total value they received was -$0.1 M.  As for the return of prospects, Milwaukee sent two players to be named later.  It’s hard to imagine that these players will be prospects of any note, as the biggest thing for the Mets is salary relief.  Rodriguez was their closer, and he was close to getting his 2012 option guaranteed if he continued closing out games.  The Mets couldn’t just remove him from the closers role, so the only option was trading him away, and avoiding that $17.5 M next year.

There are opportunities for the Pirates to make similar deals.  All they have to do is take on salary.  They can upgrade the major league team, keep the minor league system intact, and end up with a very affordable payroll of around $53 M in the process.