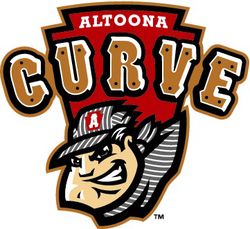 The following was submitted by reader Dave Morris, who was in attendance for the Altoona/Erie series in Erie, PA this past weekend.  Dave was kind enough to provide his thoughts on the players he saw this weekend.  A big thanks to Dave for the excellent reports on the Altoona players.

Holt looked excellent at the plate. In Sunday’s game he went up the middle three at-bats in a row, nearly taking out Erie starting pitcher Casey Crosby twice. Holt displayed good plate discipline and runs a bit above average. Defensively he has a well below-average arm, which must be why they moved him to second this year.

Marte was very unimpressive on Friday and Saturday, and looked unbelievably better on Sunday. One reason could be the weather. On Friday it was in the low 40’s and Saturday it was in the low 50’s, but on Sunday it warmed up into the mid 70’s. Marte didn’t hit anything hard the first two days, but showed good speed on a bunt single and a hustling double. On Sunday he led off with a flick-of-the-wrist opposite field double. The ball hit mid-way up on the wall about 360ft away. It looked absolutely effortless. Later in the game he crushed a homerun off a building beyond left-center field, the ball probably was hit over 400ft and again the swing looked effortless. I thought Marte looked smaller than his listed 6-2 213lbs, but not by a whole lot. Defensively he didn’t have to show anything, but the arm did look well- above-average on one throw to third on Saturday.

Mercer is in his second go-around with Altoona, and he didn’t look as smooth defensively as I’ve seen him. His bat also looks about the same, too many swings and misses and a lot of guessing. At this point, I wouldn’t be surprised if Mercer is more of a JJ Furmaniak-type AAAA player, but he’s still young enough to prove me wrong.

The one thing I wanted to see from Sanchez was his throws to second. Sanchez had a shoulder injury last year, and sometimes those injuries can linger without surgery. The throws looked smooth and crisp, the accuracy was excellent. He threw out a couple of base runners in the series. At the plate, Sanchez displayed a good batting eye and worked deep counts often. He hit a long homerun to dead center field on Sunday, and the ball seems to jump off his bat better than I’d hoped.

By now, Durham is just roster filler, since he is 27 years old. That said, he’s good protection for Tony Sanchez in the order and will still probably hit his fair share of homers. The Curve lineup doesn’t appear to have much power (much like the rest of the Pirate farm system), so his presence should lend some stability.

I was very anxious to see Latimore. I’m a big believer in minor league BB/K ratio, and Latimore’s has been awful in the lower minors. On Friday and Saturday Erie threw a couple of finesse right-handers, and both ate Latimore alive with offspeed stuff. Without major adjustments it’s tough to see Latimore being an actual prospect. For what it’s worth, he also looked horrible in the field, misplaying a couple of balls but showing off an above-average arm.

Farrell is one player who exceeded my expectations this weekend. I thought the Pirates would regret moving him so quickly after the injuries last season. Early on, it appears I may be wrong. Farrell showed good plate discipline, and even though he struck out in each game at least once, he had quality at-bats for the most part. He also has an extremely quick bat, and the ball really jumps well. He’s one to watch this year in a power-starved system.

Fryer is a bigger guy than I expected. In the cold, rainy weather on Friday night he crushed a homerun to straightaway left. He strikes me as a guy that could make it to the majors as a backup catcher, though he didn’t play the position well this weekend. He also seemed to have better speed than you’d think.

Hernandez wasn’t impressive, batting 9th on Sunday. He has below-average bat speed and looked terribly off-balance more than a few times at the plate.

The Curve appear to be platooning Chalk and Hernandez early in the season. Chalk is midly interesting, as he seems to have average tools all the way around. He’s probably just a warm body, but is young enough it’s possible the Pirates think enough of him to give him regular at-bats eventually.

Watts is a huge guy. Catchers are notorious for taking longer to develop, so there’s a chance he turns out to be an Erik Kratz type player. He has plus bat speed, but his pitch recognition needs work. It’s tough to see that happening this year, since he’s probably third on the depth chart.

Ford looked to be bigger than I remembered. As has been documented, he’s not a prospect anymore. He looked lost at the plate, going 1-5 with 2K’s on Saturday afternoon. Not impressive.

Locke did not have his best control, but the stuff is very obviously there. He threw a fastball at 90-92 mph and has above-average deception that didn’t allow anyone to get a solid swing on him. In the third inning, Locke ran into some trouble after an error, a walk and an infield single. His competitiveness was evident and he got out of it with a strikeout on an over-thrown outside fastball. I was surprised they let him go out for the fourth and after getting a couple quick outs he had nothing left. I’m not convinced he’ll be great, but his stuff is certainly good enough to be a #4 starter. If his control of off-speed pitches gets better, he probably has a ceiling of a #3. On a sidenote, I stood behind an Orioles scout who was intently watching Locke, and did not seem very impressed.

Thompson had decent stuff, particularly for a lefthander. His fastball was 88-91 mph, and it was obvious lefthanded batters couldn’t get a good read. He didn’t have very many strikeouts (2 in 6 IP), but there were enough off-balance swings you’d think he’d get his fair share as the season goes on.

Hughes is a big righthander, throwing 92-94mph with decent sink. His offspeed stuff was rarely in the strikezone, though he seemed to have better luck later in his outing with his big curveball. Hughes is getting up there in age, and I don’t see any Mike Crotta in him. I’d say he’s about at his ceiling in AA.

Alderson was the surprise of the weekend for me. I had extremely low expectations, and had never seen him pitch. His motion reminds me a little bit of Mike Fetters for some reason. He was throwing 86-88 and hit 90mph a couple times. He struck out a couple of guys and displayed pretty good control. Hopefully he can improve this summer.

Boleska seemed to have better stuff than I thought. He was at 90-92mph in his inning, with a slider that was solid-average and had good depth. Probably not a prospect right now, but he could still develop.

Leach had no clue where the ball was going most of the time. I didn’t get any radar gun readings for him, but it didn’t look like he threw especially hard. He had trouble getting any of his pitches over the plate and walked 3 in 1.1 IP. I was hoping for more from him.

Dubee has average stuff (fastball sits 89-91mph) with above-average control. His success is mostly due to a slider he likes to throw to righthanded batters that has good depth to it. Possible bullpen arm someday in the not too distant future.

Colla has an average fastball, 88-90mph with a couple of 91’s mixed in. His location allowed him to catch several Erie hitters looking, but without a good fastball it’s tough to see him being a major league arm.

Claggett made a brief appearance on Sunday, and it did not go well. He was throwing 90-92mph but wasn’t fooling anyone. Two Erie players hit long homeruns off him to left-center, and neither one looked to have much of a bat the rest of the series. I had hopes he’d turn into a bullpen option, but I’m not sure now.

Krol throws a slow sidearm fastball in the mid 80’s. He has a sweeping curveball that works well when he keeps it down in the zone. He’s probably a career minor leaguer at this point.