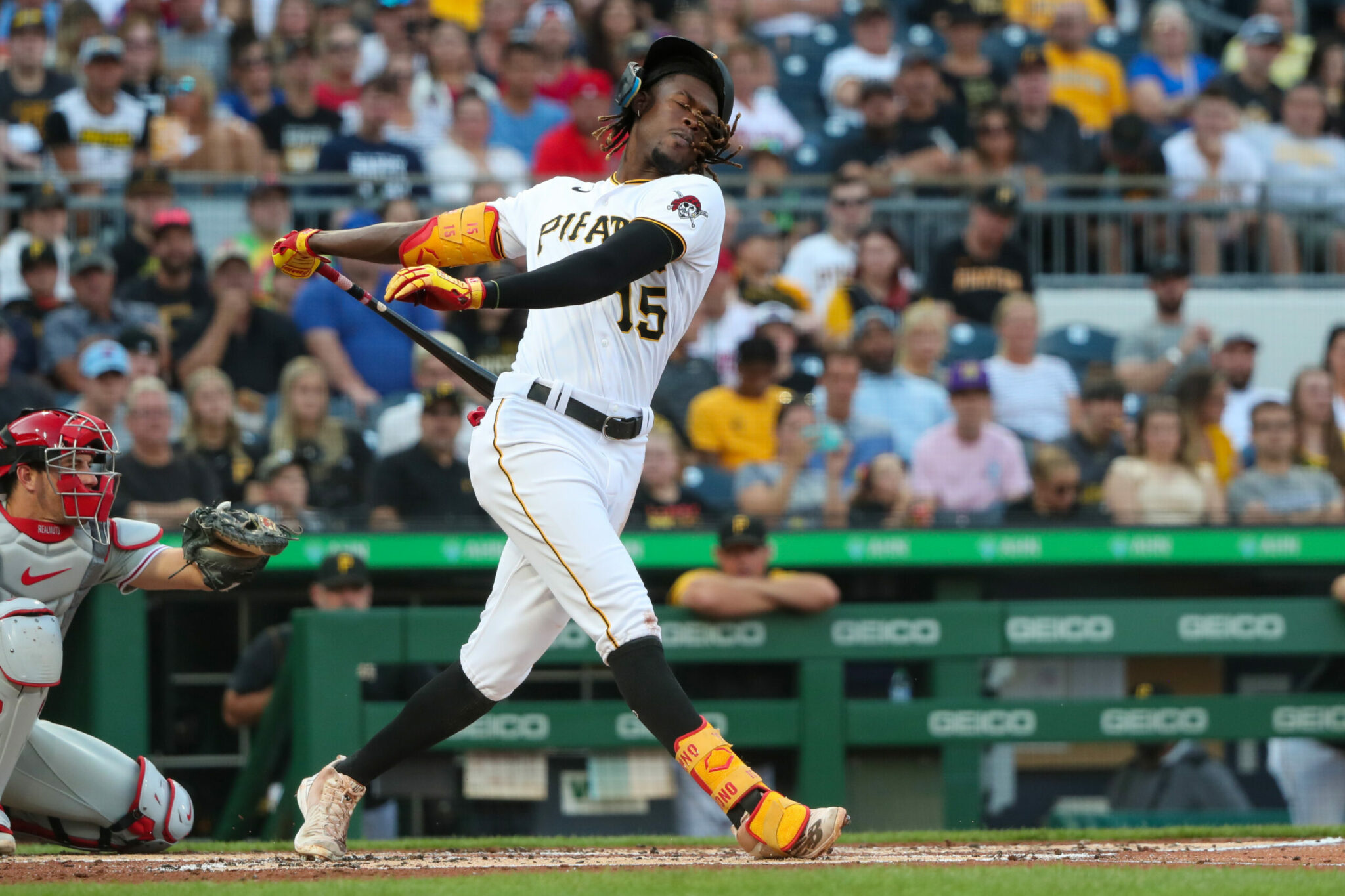 Just 141 plate appearances into his rookie season, Oneil Cruz is hitting .218/.255/.451. On any given day, he can look like a future Hall of Famer or someone who needs more time at Triple-A.

Cruz is a huge talent and one of the most interesting players in baseball, but he’ll need to produce more to keep everyone’s attention.

His attention should be on breaking balls.

To date, Cruz has been bedeviled by curveballs and sliders, which has led to these splits, per Baseball Savant:

He has just four hits on breaking pitches and all are singles. Three of those came off righties, and just one came off a lefty, who as a group are pounding Cruz with breaking balls on 50.8% of all pitches.

Digging into pitch types further by whiff rate, you can see that Cruz is struggling to connect with breaking balls:

Pitch recognition, swing decisions and swing efficacy can all improve, so the scouting report isn’t written in stone. In his first full season (2017), Aaron Judge’s xwOBA was 176 points lower on breaking balls than fastballs. The gap is only 76 points this year. Juan Soto had a 249 point gap his rookie year, compared with 117 this year.

But there are also cautionary tales of hitters who struggled to master the breaking ball and fell shy of prospect projections, like Chris Carter and Mark Trumbo.

Cruz will have to work favorable counts that put him in a position to see more fastballs. MLB Pipeline wrote last year that the Pirates “spent a lot of time with Cruz talking about chase rates and committing to a gameplan and approach for each at-bat during his time at the alternate camp last summer, with positive results.” More of that is needed.

But beyond that, Cruz just needs more experience facing breaking balls to show whether he can eventually handle them. If he does, he could be a superstar. Major league pitchers have higher Stuff+ and Location+ scores on their breaking pitches than their minor league counterparts – not to mention better advance scouting reports and pitch sequencing – and for Cruz, it’s a matter of learning and adjusting to reach his potential as a hitter.

“ On any given day, he can look like a future Hall of Famer or someone who needs more time at Triple-A.”

FWIW Cutch will likely cross the 8000 PA mark this week

As you point out it is not uncommon to see young hitters struggle most with breaking stuff, especially power hitters. We just need to be patient and let him learn from repetition. He may never learn to hit the breaking stuff, and that could be the difference from him becoming a superstar or good home run hitter. Another player that never did learn to hit the breaking ball was Pedro Alvarez.

down and away everytime

Cruz is a player that will bring fans to the Park and on their feet when they are there.

Is it time to offer Cruz a deal like Hayes got?

Clearly he has higher upside than Hayes from an offensive standpoint, so even if he needs to move to OF down the road, he should still have Superstar potential.

Personally, I’ve seen enough to believe he’s worth the first ever 9 figure contract ever given out by the Pirates.

I think we should give him the first 10 figure contract ever, or not.

Personally, I think he deserves a contract like Wander Franco got.

It will take time. Every hitter needs to learn to adjust to how they are being pitched. Those that can adjust and recognize pitches and still hit make it big. Others who can’t have short careers or are career journeymen. In the mean time, put a call into Cerrano:

Great article. So I have a question, that is related to how to teach someone how to do this. I would think in today’s world, there’s a pitching machine that Cruz could use that could do something like just throw breaking balls to get Cruz adjusted, then throw fast, break, fast, break. And then completely mix it up so that Cruz can better adjust. I also know that some teams are starting to use VR. So do you have any idea what the Pirates will do to help Cruz with this issue, given that Cruz has huge potential. I’d hate to see Cruz turn into a Polanco and not live up to his expectation. Actually, this would make a really interesting article. Thanks a mil!!!

Check out this recent FanGraphs article:

It’s very rare for guys to be able to make big, lasting adjustments to plate discipline. Most who improve overall over time do so by getting better at the stuff they’re already good at.

The only one I can think of off hand is Riley. His rookie year in Atlanta, he actually seemed a lot like Cruz. Huge power, huge K’s because of chasing. I think it was Klaw who mentioned that last season, Riley had made specific changes to what he was chasing (sliders away or heaters up, I can’t remember). He seems really rare though.

Great info! I know the Pirates were doing some stuff with VR earlier this year in the minors, so I’m curious how that is going and maybe if it’s applicable here. LIke I said earlier, I’d really hate to see him turn into what Polanco became, because I see a lot more potential for Cruz that what Polanco had. I truly believe Cruz has the ability to possibly hit some HRs 500+ feet. So anything the Pirates can do to help him, they need to absolutely do.

It’s called repetition. No one needs a bunch of numbers to know that he has been struggling with breaking balls. A lot of players, young and older, do. If the Pirates have a way to hasten his learning in batting practice, great. If not just let him play and learn. He’s a good enough athlete to adjust with time and will. Perfection from the start would be terrific but even with his struggles and low batting average, he’s currently hitting at a 30+ homer and 100+ RBI rate.