First Pitch: Can the Pirates Develop a Way Forward? 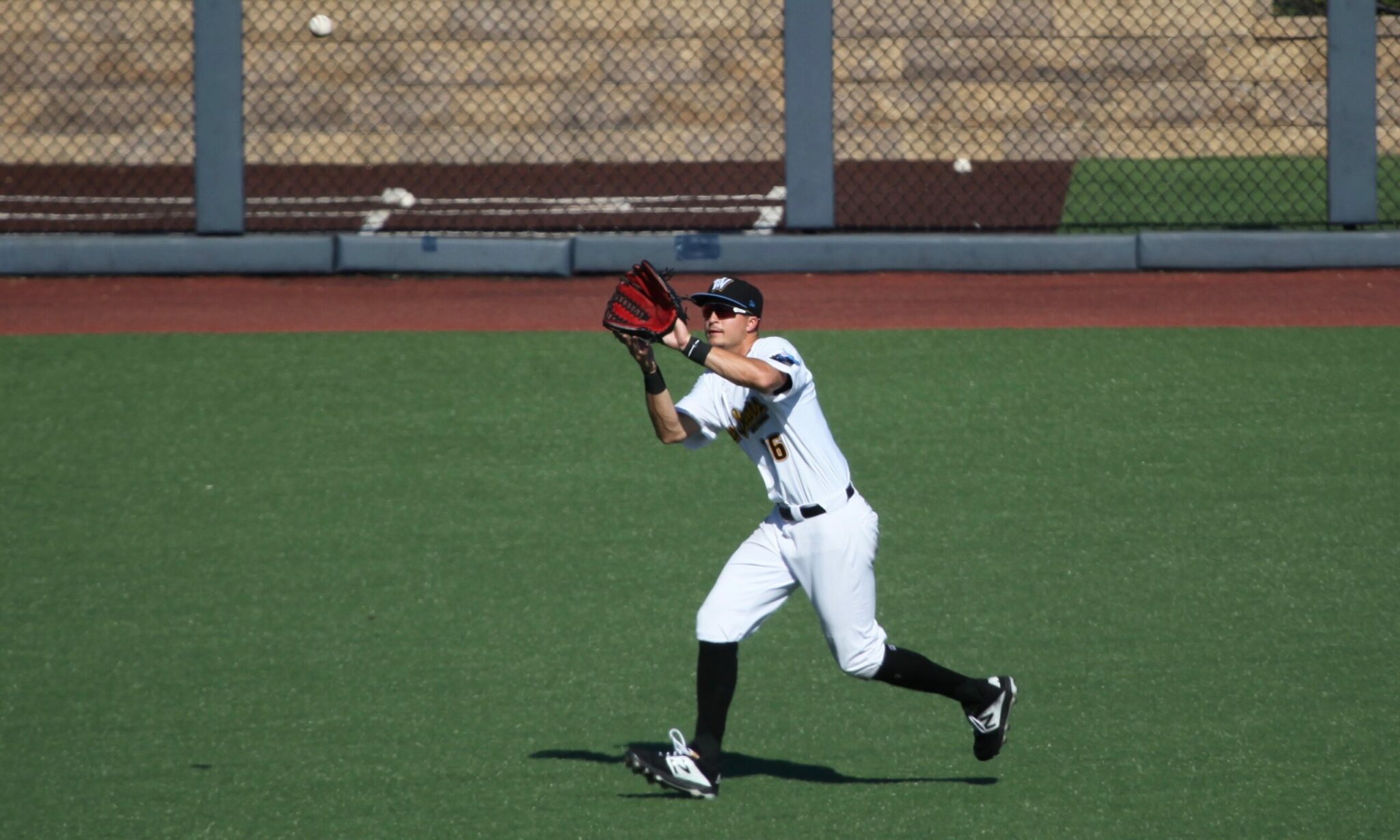 This is something of a followup to the discussion yesterday of the Pirates’ hitter development . . . more specifically, of some of the discussion of FanGraphs’ comments about Ke’Bryan Hayes and Travis Swaggerty.  The comment sections here are becoming a bit of an FG cult, which isn’t surprising considering that FG keeps providing glimmers of hope for us downtrodden fans.

The possibility that players like Hayes and Swaggerty have potential they haven’t tapped into is tantalizing.  It raises the hope that better development practices can turn the team around more quickly than having to start all over and wait for players drafted by the new management team.

Nevertheless, I still don’t buy into the idea that the Pirates’ problems in the minors have been all or mostly about development, rather than their scouting and drafting.  What makes me especially skeptical is their track record in drafting college hitters.  I tend to think that college hitters, in most cases, are at least close to finished products when they’re drafted.  When you see a consistent pattern of college hitters being overmatched right from the start, I think they’re most likely just the wrong guys.  (I’m not going to run through the litany of horrors; just look at 2019 Greensboro and 2018-19 Morgantown to see what I’m talking about.)

I had an exchange with Tim a while ago in which I pointed to the fact that the Pirates have often drafted college hitters with athleticism or power potential who needed swing adjustments, none of whom have made them successfully.  By contrast, they’ve had some success with prep hitters who still needed a lot of development, as most prep players do.  (Again, check 2019 Greensboro, where the prep draftees, and international players, drastically out-hit the older college draftees.)  I think that’s a drafting problem, a mistake in drafting college hitters who still have too far to go.  Tim saw it more as a development or overall strategy issue, drafting hitters the system wasn’t up to developing.

Still, I’d be happy to be wrong and find out that it’s not too late for the Pirates to develop their upper-minors hitting prospects into good major league players.  (I guess you can analogize a prep draftee who’s now in AAA to a college draftee to some degree.)  Hayes, Jared Oliva and Cole Tucker are all making swing adjustments to try to produce more power, with potentially big implications for the team.  Swaggerty also may still need more work; in fact, that was the expectation when he was drafted, which made him a bit unusual for a college hitter taken in round one.

There might be an even better measure of the new regime’s efforts to improve the development system.  Last year, the Pirates went heavily in the early rounds of the draft for college hitters who still needed a good deal of work.  Matt Gorski, Matt Fraizer, Will Matthiessen and Blake Sabol were all examples.  They all struggled to some degree in the New York-Penn League, except arguably for Sabol.  Fraizer was badly overmatched, although a hamate injury earlier in the year may still have been hampering him.

I’d really like to see whether the Pirates can turn some of the recent college hitting draftees into prospects.  That’d provide some evidence that targeting college hitters with raw tools wasn’t a bad strategy.  If they can get something out of those guys, along with helping Oliva and/or Swaggerty step up, it’d speed up the (re)building process.

One news note:  MLB reportedly has agreed to raise minor league salaries.  They’ll still be mighty low; players in class A, for instance, will only make about $11,000 for the season and nobody gets paid during spring training or the offseason.  Notably, MLB won’t implement the changes until 2021, after its current agreement with MiLB expires.  Not that MLB’s insistence on downsizing the minor leagues and eliminating over 1,000 roster spots is a reaction to the pressure to increase the pitiful pay in the minors.  Oh, no, of course not.

Along these same lines, Craig Edwards (FG again!) blows apart MLB’s claimed rational for the downsizing proposal in the last of an excellent three-part series.

Hopefully this won’t be the Pirates’ 2020 theme song.


THIS DATE IN PIRATES HISTORY

Three former Pittsburgh Pirates players born on this date, with one of them returning to the team this year as a coach.

Don Kelly, utility player for the 2007 Pirates. He began his career in the Tigers organization after being drafted in the eighth round of the 2001 amateur draft. He became a free agent after the 2006 season and signed with the Pirates two months later. Kelly hit well during the early part of Spring Training and made the Pirates Opening Day roster. He played 25 games that year, going 4-for- 27 at the plate, with all four hits being singles. Kelly played four different positions and he made three starts, two at shortstop and one at second base. He was released following the season and then played parts of six years with the Tigers, before two final seasons with the Miami Marlins.. He is the current bench coach for the Pirates, after two years as a Detroit scout and one year with the HoustonAstros as a first base coach.

Barry Jones, pitcher for the 1986-88 Pirates. He was a third round draft pick of the Pirates in 1984 and pitched that first season in the NYPL, making 14 starts, while going 6-3, 3.43 in 86.2 innings. His first full season in pro ball saw him start the year at high-A ball and work his way up to Triple-A for one game. He was moved to the bullpen and in 52 games (split between three levels) he went 6-4, 1.69 with 22 saves. He began the next year in Triple-A, getting called up in mid-July after posting a 3.56 ERA in 48 innings. He went 3-4 2.89 with three saves in 26 games for the Pirates that rookie season.Jones pitched poorly in 1987 and was sent to Triple-A during the season. He posted a 5.61 ERA in 32 games with the Pirates. He had a better 1988 season through late August, posting a 3.04 ERA in 42 games, when the Pirates decided to ship him to the White Sox in exchange for veteran starter Dave LaPoint. Jones pitched in the majors until 1993. He played for five different organizations after leaving the Pirates.

If you look at his player page on Baseball-Reference.com, it says he made his big league debut on April 20, 1986 when he was still in Triple-A. How could that be, you ask? On April 20th the Pirates played the Cubs at Wrigley before the lights were in place. The game went extra innings and was called due to darkness with the score tied. On August 11 the two teams hooked up to play the conclusion of the game prior to their regularly scheduled game. Jones came in and pitched four scoreless innings, striking out eight and picking up the win. Since the game was started on April 20th, that is when the records for that game count for, so while he didn’t actually throw a pitch for the Pirates until July, he picked up his first major league win on April 20,1986.

Charlie Reilly, third baseman for the 1891 Pirates. When MLB players thought they were being treated unfairly in 1889, they decided to form the Player’s League. A league run by the players and full of star power. That left the 1890 Pittsburgh Alleghenys as a very weak team with the majority of their roster leaving for the new league. The league folded after one season and most players returned to their 1889 team. However, the newly dubbed “Pirates” added plenty of star power from other teams, including Pete Browning and Louis Bierbauer. They also picked up “Princeton” Charlie Reilly from the Columbus Solons of the American Association, a third Major League running at the time. He had hit .266 with 75 runs scored, 77 RBI’s and 43 stolen bases in 1890. In six October games in 1889 he had 11 hits and nine stolen bases for the Solons.

Even though the Pirates were a stacked team between new stars and their old lineup from 1889, the team struggled. Reilly was very little help as he hit just .219 in 114 games. He was released just prior to the end of the season. Princeton Charlie went on to play the next four seasons for the Phillies, then spent a year in the minors, before returning to the majors for one last season in 1897 with the Washington Senators. He then played in the minors for seven more seasons, finally ending his 20-year pro baseball career when he retired in 1904.