Morning Report: What’s Up With the Pirates’ 2018 Draftees? 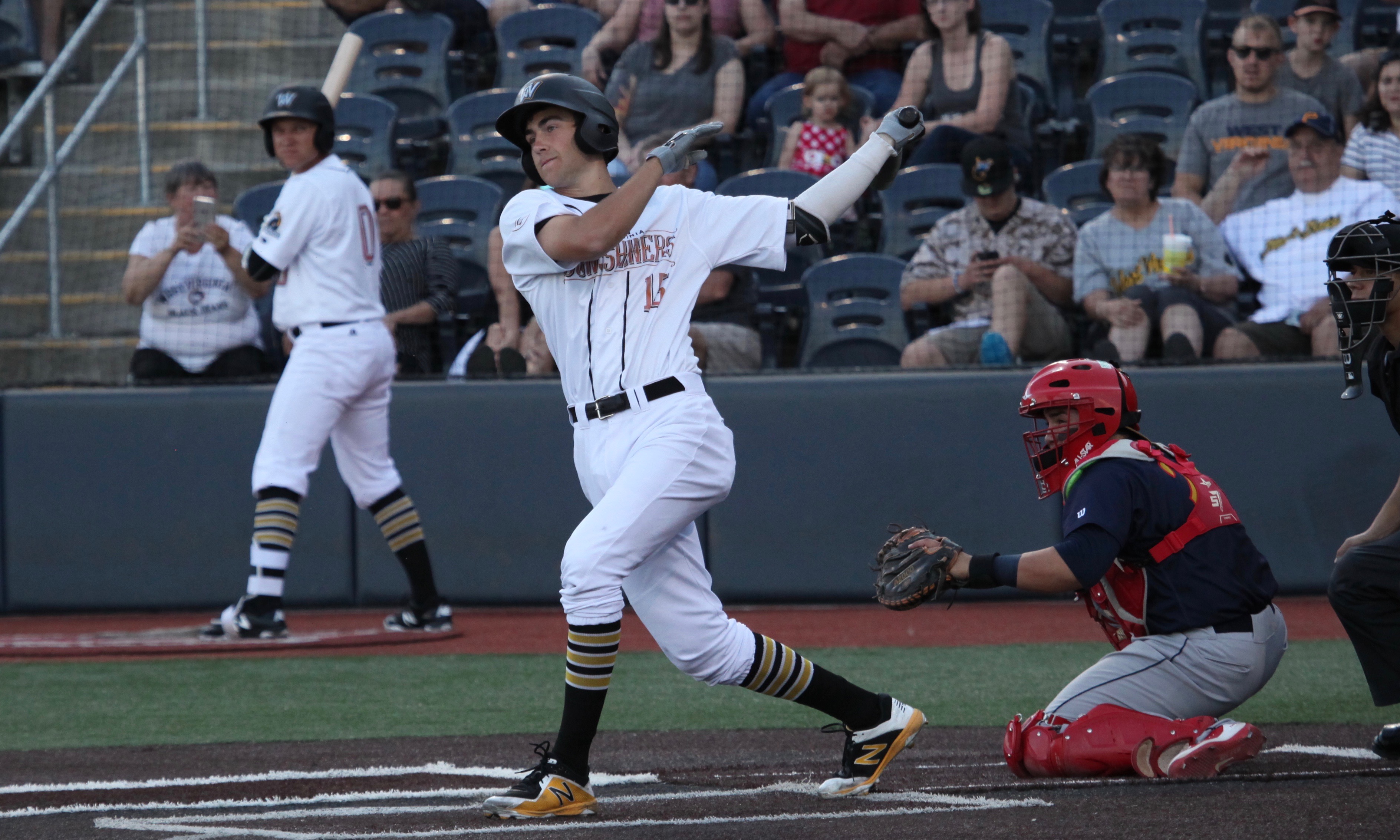 I normally try to hold off drawing any definitive conclusions about the Pirates’ drafts.  I’ve generally found that my initial impressions usually aren’t very accurate.  So when I really disliked the Pirates’ 2018 draft, I just figured I could be wrong again.  So far, though, it’s not looking good.  I’m going to focus here on the Pirates’ college picks from the top ten rounds, which excludes prep pitchers Braxton Ashcraft, who hasn’t pitched much yet, and Gunnar Hoglund, who didn’t sign.  I’m also going to leave aside Travis Swaggerty, who probably needs more than a quick look.

A quick aside first — The Pirates generally send their early-round college picks to Bradenton for their first full seasons.  An advanced college player, if he’s a real prospect, generally should be able to handle skipping low class A, or playing there only briefly at the end of his debut season (as Swaggerty and Connor Kaiser did).  By the same token, a college draftee, if he’s truly a good prospect, should be able to dominate low A if he does end up there for one reason or another, like being blocked by another prospect.  (Are you old enough to remember Matt Curry?)  So a college draftee struggling in low A, even briefly, is reason for concern.

Here are the 2018 picks, with round in parentheses:

Aaron Shortridge, RHP (4):  The success story so far in this group, Shortridge pitched very well for Morgantown and moved up to Bradenton this year.  Through three starts, he has an 0.53 ERA and 0.77 WHIP.

Michael Flynn, RHP (6):  Flynn gets an incomplete.  He mostly pitched well for Morgantown last year, but unknown health issues limited him to just 16.2 innings.  This year he wasn’t pitching in camp and isn’t assigned to a full season team.

Zach Spears, LHP (8):  Spears had a rough time at Morgantown, posting a 6.07 ERA and 1.72 WHIP, with poor walk and strikeout rates.  He wasn’t assigned to any full season team out of spring training.

Logan Stoelke, RHP (9):  As a late-inning reliever at Morgantown, Stoelke dominated.  He allowed just eight walks and eight hits in 20.1 IP, and fanned 31.  The Pirates sent him to Greensboro rather than Bradenton, which was a little surprising, but he’s had a rough time there so far, with an ERA of 9.00.  He’s only thrown five innings, so hopefully it’s a minor glitch.

Mike Gretler, 3B (10):  Gretler is a good defensive player who had a solid debut with Morgantown, albeit without much power.  The Pirates moved him up to Bradenton, but he’s served as a utility player, so it seems likely that could be his role going forward.  So far he’s batting 189/231/216.

Obviously, it’s very early and any of these guys could turn things around.  But the results are so poor across the board, and at this point are occurring mostly at a level where college draftees should do well, that it’s hard not to be concerned.  It’s another thing to monitor as the season goes along.

Today’s Starter and Notes: The Pittsburgh Pirates won 3-2 in ten innings over the Detroit Tigers on Wednesday night. The Pirates are off today. They begin a seven-game homestand with three against the San Francisco Giants, starting on Friday night. Jordan Lyles will make his third start. He has allowed one earned run in 11 innings this season. His mound opponent will be Madison Bumgarner, who has a 3.12 ERA in 26 innings over four starts. He has an 0.92 WHIP, a .213 BAA and 23 strikeouts. Bumgarner allowed two runs over seven innings at home against the Colorado Rockies in his last start.

The minor league schedule includes the third start for Eduardo Vera in Indianapolis. He threw six shutout innings in his first game, then gave up three runs in the first next time out. He ended up allowing four runs over five innings in that game. Altoona’s Scooter Hightower has made two starts since moving to the bullpen, giving up two runs in each outing. Cody Bolton has made two starts for Bradenton and allowed one run in each outing. He has 14 strikeouts in 11 innings. Greensboro’s Brad Case has an 0.69 WHIP and a .159 BAA in two starts, to go along with his 0.77 ERA and 10:1 SO/BB ratio

From Indianapolis on Tuesday, Mitch Keller picking up his fifth strikeout

Enjoy the souvenir, kiddo. @ErichWeiss6 hit one out for today's play of the game. 👍@Toyota | #RollTribe pic.twitter.com/SXLvXpwqa8

Six former Pittsburgh Pirates players born on this date, including pitcher/announcer Steve Blass. He won 103 games over ten seasons for the Pirates and was on the mound at the end of the 1971 World Series. Blass has been announcing for the Pirates since 1983. You can check the link for a detailed bio from his playing days.

Other Pirates born on this date are: catcher Angelo Encarnacion (1995-96), pitcher Larry Foss (1961), catcher Bob Linton (1929), pitcher Jack Scott (1916) and first baseman Jack Rothfuss (1897). Linton has an interesting footnote to his career. He spent the entire season with the Pirates in 1929 and never saw his name in the starting lineup. All 17 career games he played were off the bench. Scott was a pitcher, who played just one game for the Pirates and came into that game as a pinch-hitter before getting on the mound. Rothfuss hit .313 in a late-season trial for the Pirates in 1897 and had the starting first base job going into 1898, but a three-month illness cost him that spot and he never played in the majors again.

Two significant Opening Days have occurred on this date, both before the Pirates moved to the National League. In 1885, the Pirates (then called the Alleghenys) played their first game in April. Their first three seasons all started in May. The next year, the team played their one and only Opening Day doubleheader in franchise history. They lost both games to the St Louis Browns, who are now the St Louis Cardinals, not to be confused with the St Louis Browns team that played in the American League. That AL Browns team is now the Baltimore Orioles, and they actually started as the Milwaukee Brewers in 1901.