Morning Report: What Kind of Bullpen Depth Do the Pirates Have Right Now? 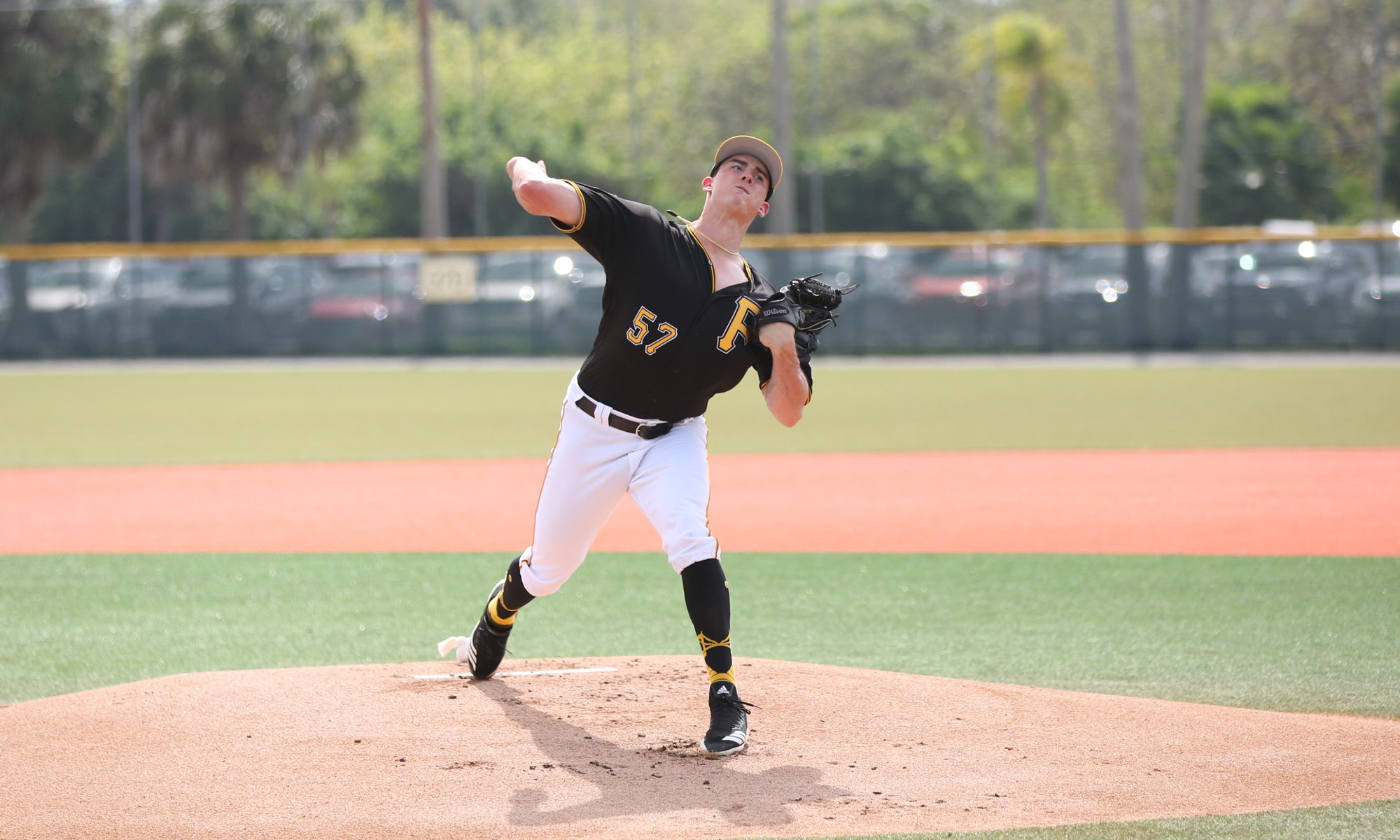 Yesterday I wrote about how the Pirates were getting good results from their depth early in the season. You might have noticed a trend with that depth — it all came on the offensive side of the ball.

The pitching depth has mostly been untested this year. I say “mostly” because it has been tested a bit for certain roles. For example, the Pirates have seen struggles from some of their late inning guys, specifically Richard Rodriguez and Keone Kela. That has been overcome by Nick Burdi stepping up as a dominant late inning reliever early in the season.

Unfortunately, Burdi went down last night with an elbow and biceps injury. We don’t know the details yet, but it’s never good when a pitcher throws a pitch, then collapses to the ground in obvious agonizing pain. That’s not usually a “see you in a few weeks” injury. That’s more of a “hopefully you’re back for the start of next season” situation, and maybe worse.

Regardless of how long Burdi will be out, this will be the first time the pitching depth really gets tested this year. Someone will likely be coming up from Triple-A, and that gives us a great opportunity to examine the depth that the Pirates currently have. Note that I won’t be including starter-only options for this article, so don’t expect to see Mitch Keller on this list. There will be some current starters, but only guys who I feel the Pirates would use in relief roles in the majors.

Steven Brault – He’s probably not first on anyone’s list, based on the results early in the season. However, Brault was just up in the majors, until being sent down yesterday for the returning Gregory Polanco. He could return if (when?) Burdi goes on the IL, without having to spend a full ten days down. The question is whether the Pirates feel he’s the best option to come back up.

JT Brubaker – Here’s the most interesting guy to me. Brubaker has a 1.69 ERA in three starts, spanning 16 innings. In that time he has a 15:3 K/BB ratio. Brubaker throws a fastball that can work mid-90s and hit the upper 90s, and has improved his breaking pitch, throwing a cutter over the last year with better results. It would be interesting to see how he does in a relief role. The potential downside here is that he hasn’t pitched since April 15th, and left that start after favoring his arm, pointing to his elbow, and leaving with a trainer. He’s not on the current upcoming starting schedule, so I’d doubt he would be available to replace Burdi.

Dovydas Neverauskas – I’m sticking with the rest of the 40-man guys for now. Neverauskas hasn’t had success in the majors in the past, but is off to a good start in the minors since his rehab. He’s thrown four shutout innings with six strikeouts and two walks. The only question is whether that’s enough to show that he would do better in the majors this time around.

Michael Feliz – He’s got a 1.13 ERA and a 12:3 K/BB ratio in eight innings so far. Feliz is another guy who has struggled in the majors. He struggled last year, then was sent to Triple-A, where his numbers were worse. They’re better this time around, and like Neverauskas, the Pirates would have to determine if the small sample represents an actual change that will lead to better results going forward.

Clay Holmes – The Pirates transitioned Holmes to relief this year, and on the surface, the move hasn’t gone well. He has a 4.66 ERA and a 7:6 K/BB ratio in 9.2 innings over six games. However, his first game of the season saw him give up four runs in one inning, with two walks and no strikeouts. Since then, he has given up one run in 8.2 innings, with a 7:4 K/BB ratio. The control is a concern for me, but outside of that first appearance, he has done well.

Jesus Liranzo – I’m only including him here because he’s on the 40-man roster. I also think that could change soon if the Pirates needed a spot, or wanted to go with someone who isn’t on the roster right now. Liranzo is a hard thrower who can hit triple digits, but his control is bad. He has seven walks in seven innings this year, and a 9.00 ERA in the process. He’s an interesting project due to the velocity, but won’t be an MLB option until he fixes the control.

JB Shuck – A lefty throwing 88-90, and touching 91, while throwing a scoreless inning in his first game pitched in almost three years? Plus you can carry an extra bat off the bench? What’s not to like?

Geoff Hartlieb – Now we’re getting to guys who aren’t on the 40-man roster. The Pirates have some room to clear space, so it wouldn’t be difficult to get one of these guys in the mix if they’re better than the above options. Hartlieb might have the best case of the group. He’s thrown eight shutout innings in five games, and has good velocity with a good strikeout rate. The issue is that he has eight walks in his eight innings. It would be tough to argue that Hartlieb deserves the call over anyone else with those control issues.

Brandon Maurer/Tyler Lyons – The Pirates added both of these guys as minor league free agents. Neither is looking like a good option right now, with identical 4.26 ERAs in 6.1 innings. They’d also come at a higher price than the above guys, and it would be difficult to see that price being paid when they aren’t looking like the best options right now.

Eduardo Vera – The final guy I’ll highlight is Vera, who has a 3.38 ERA over three starts and 16 innings, with a 12:5 K/BB ratio. Vera has pitched as a starter since working his way into the rotation in 2017, and has posted consistently good results, similar to what he’s put up early this season. I could see him making some starts in the majors eventually, but his path to breaking into the big leagues would probably involve pitching out of the bullpen at first, and it would be interesting to see how he’d do in a relief role now.

My easy choice for the top replacement would be Brubaker, except that he appears to be injured right now. My best guess on what would actually happen is that the Pirates would bring Brault up again.

I think it would be worth giving Michael Feliz or Clay Holmes a shot. This could be the last chance to see if they can get anything out of Feliz, since he’s out of options after this season. I’d take either of them over Brault right now.

With everything that has happened on the offensive side with Cole Tucker, Bryan Reynolds, and Jason Martin coming up and handling their promotions well, it would be tempting to do the same on the pitching side, and go for a deeper depth option like Hartlieb or Vera. I’d point out that the Pirates had to lose starters and backups in order to get to those position players, and your deeper depth options don’t always work out right away like those three hitters are working. So while I’d like to see either player (Vera would be my choice, due to the control issues from Hartlieb), I think there’s a better argument for Feliz or Holmes right now.

Today’s Starter and Notes: The Pittsburgh Pirates lost 12-4 to the Arizona Diamondbacks on Monday night. The Pirates will send out Trevor Williams tonight for his fifth start. He has gone at least six innings in each of his first four starts. The Diamondbacks will counter with 25-year-old right-hander Luke Weaver, who has a 3.92 ERA in 20.2 innings, with 24 strikeouts and a 1.21 WHIP. He threw five shutout innings with nine strikeouts in his last start against the Atlanta Braves.

From Indianapolis on Sunday, Eric Wood with the bases loaded walk-off single in the 11th inning

How do you want your egg-stra inning walk-off cooked, @ericwood24?

Clay Holmes with a big strikeout, bases loaded, tie score in the ninth

The final pitch of all eight strikeouts by Mitch Keller

Hopping down the bunny trail, which leads to the dugout. ✌️#RollTribe pic.twitter.com/DV4quDAwMI

Five former Pittsburgh Pirates players born on this date, including one that made his only big league appearances in a significant game in Pirates history. Connie Walsh pitched one inning in the Majors, playing his only game on September 16,1907. He pitched in relief of Babe Adams, who was making his first start with the Pirates. Adams went on to win 194 games with the Pirates, the second highest total in team history. Walsh gave up one run on a walk and a hit in his inning. He pitched in the minors until 1914 and managed for three seasons, but never made it back to the Majors. During that Walsh/Adams game, the Pirates lost 5-1 to the St Louis Cardinals in a game that took 90 minutes to play. It was the second game of a doubleheader. The Pirates won game one by a 4-2 score.