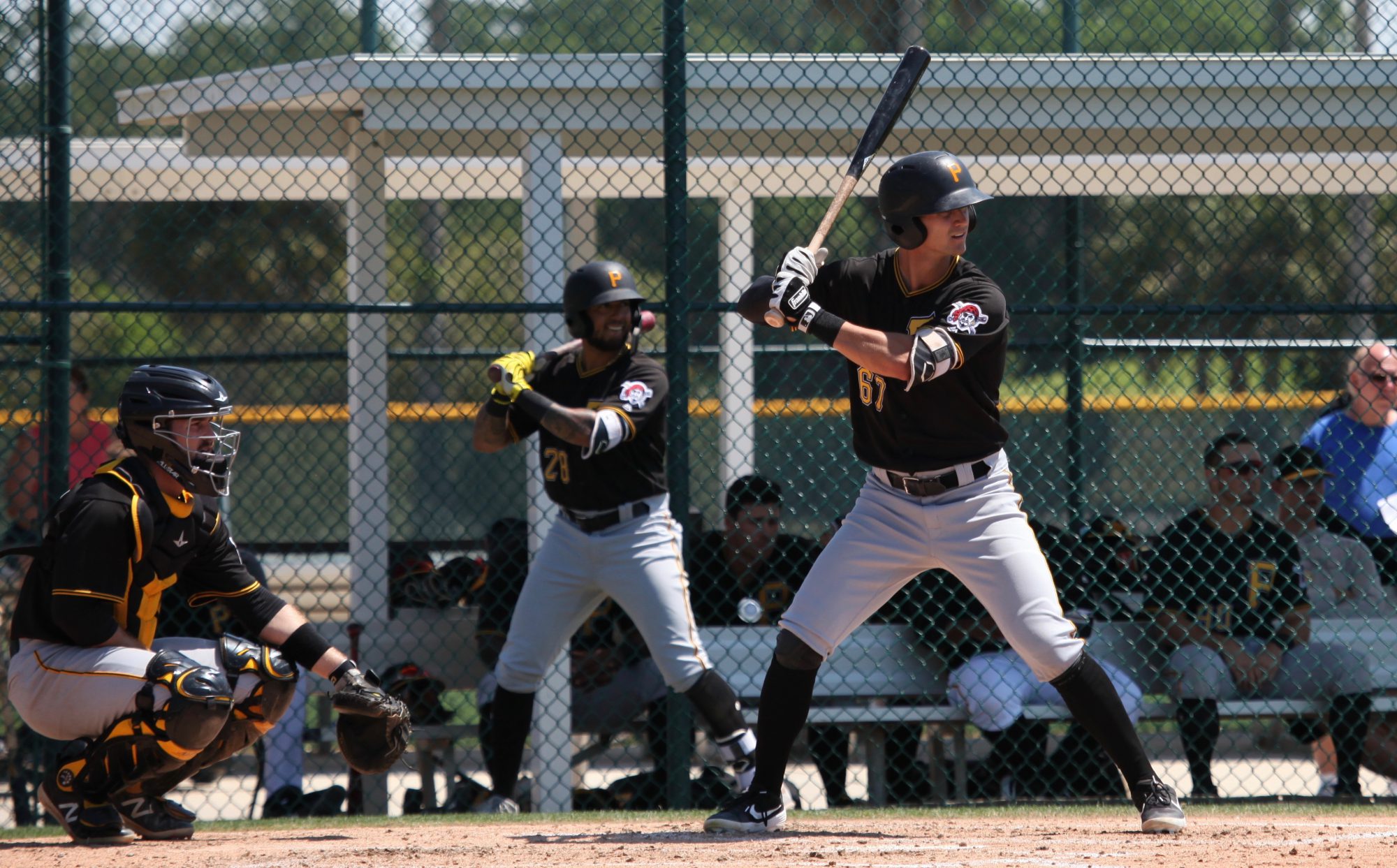 Center fielder Jared Oliva has been activated from the injured list on Monday and he is batting lead-off in tonight’s lineup. Oliva and Bralin Jackson collided in the first inning on Opening Day while going for a fly ball. Jackson didn’t get hurt, but Oliva was placed on the 7-day IL with a concussion.

Oliva is currently the 24th best prospect in the system. The 23-year-old right-handed hitter had a strong first half at Bradenton last year at the plate, while also showing plus speed and strong defense in center field. His stats fell off as the season went along, but he still posted a .778 OPS in the pitcher-friendly Florida State League. He walked in his only plate appearance this season before the injury.

To make room on the roster, outfielder Ryan Peurifoy was assigned to Extended Spring Training. He joined the team the day after Oliva got hurt and went 0-for-13 with a walk in five games.

In Greensboro, Steven Jennings has been added to the roster for his start tonight. Braeden Ogle, who pitched last night, has been assigned to Morgantown. Full-season teams use the short-season rosters (or Extended Spring Training) to help them carry extra players during the season. Since starting pitchers have four games between starts, moving Ogle when Jennings was added allows them to keep an extra player without placing someone on the injured list with a phantom injury and losing them for longer.