2017 Bradenton: A Look Back at the Top Ten Prospects 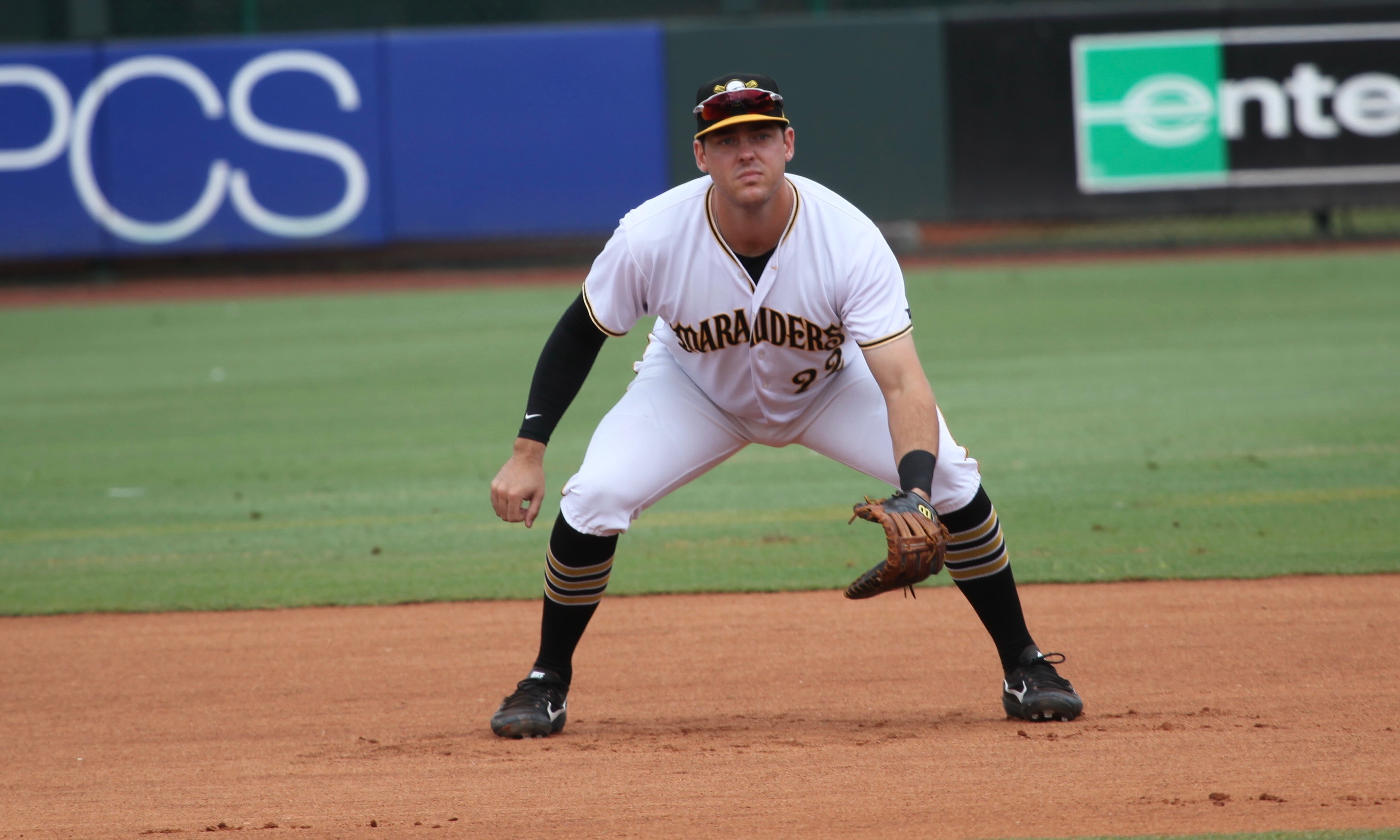 Last year’s club in Bradenton was top heavy with prospects, especially in the infield and the starting rotation. All five starting pitchers were interesting and they all made the top ten prospects list at the end of the season. The rest of the list included the starting four infielders and one outfielder. There were even some players of interest outside the top ten, with catcher Christian Kelley leading the way.

1. Mitch Keller, RHP – Keller had a rough time in High-A which many people forgot about. He was only there for half of the year but he left starts early due to back pain, a line drive off his leg and a bee sting…yes, remember the bee sting while he was on the mound? He didn’t have any issues like that this year, though he wasn’t showing his excellent command early with Altoona and then had a lot of trouble when he first got to Indianapolis. Keller finished strong, so he should be on track for a 2019 debut in Pittsburgh.

2. Cole Tucker, SS – Tucker had a big half season at Bradenton last year before being promoted to Altoona. He was in Double-A all of this season after a very poor stretch at the plate during the first half. Even his base running was poor early on, going 0-for-5 in steals through May 19th after picking up 47 stolen bases in 2017. Over the final 98 games, he stole 35 bases. He also posted a .777 OPS after the All-Star break and hit two homers in the playoffs, plus his defense at shortstop was above average all season. He’s in the AFL now and should be in Indianapolis at the start of next season.

3. Ke’Bryan Hayes, 3B – Hayes had a rough off-season going into 2017, which prevented him from working out. Predictably, he didn’t add any power in the jump to the pitcher-friendly FSL. He still showed his strong plate approach, speed on the bases and outstanding defense, so it was a solid season. This year he showed more power to go along with everything else, making him a more complete player and a top 50 prospect in the game. Hayes could be in Pittsburgh at some point in 2019.

4. Taylor Hearn, LHP – Hearn isn’t in the system anymore, so we will keep this brief. He was pitching great before being traded to Texas for Keone Kela, then had some trouble in five starts after the trade. He still showed improved control and the high strikeout rate, but he was much more hittable (including more homers) with Texas in Double-A.

5. Will Craig, 1B – If Craig can combine his mediocre/average seasons from 2017 and 2018, he will be considered a much better prospect. In 2017, he did an excellent job of getting on base. In 2018, he showed a lot more power. So he has the ability to get on base and hit for power, we just need to see both at the same time. He played better defense at first base and was in much better condition in 2018, showing improved speed on the bases. He’s in the AFL right now, which should be great experience for him going into 2019 when he should jump to Triple-A.

6. Dario Agrazal, RHP – The second half of this list really dropped off from last year, starting with Agrazal. For the second straight season, he missed significant time due to injury. He also finished the season off with three straight extremely poor outings and the rise in his strikeout rate that we saw last year didn’t return, so his stock is way down. He gets a chance to recover this off-season in the Arizona Fall League, which could be an audition for him to remain on the 40-man roster this winter. That didn’t begin well with five runs over five innings and no strikeouts.

7. Gage Hinsz, RHP – Hinsz also saw a drop in his stock, though it was nothing that he could control himself. He had open heart surgery this year and did not play. The Pirates believe that he could be healthy and ready to go next spring, so we will see if he can get back to 2016 standards. In 2017, he saw a drop in his stock due to shoulder soreness for much of the season and an eventual surgery in August. So he will really be returning from two significant issues in 2019.

8. Logan Hill, LF – Hill wasn’t injured in 2018, but he struggled at the plate for most of the season. After showing a lot of power last year, Hill hit 17 homers this season. That’s where the positives ended. He saw a slight decline in his walk rate, while striking out 38 more times this season. His strikeout rate in 2017 was slightly high, but acceptable for a power hitter, who also had a .359 OBP. He saw a 135 point decline in his OPS in 2018, which combined with his lackluster defense in a corner outfield spot and his below average speed (plus he’s 25 years old) made it a very poor season in Altoona.

9. Mitchell Tolman, 2B – Tolman was his own worst enemy, receiving a 50-game suspension for drug of abuse prior to the season. Despite finishing 2017 in Altoona, he spent all of 2018 in Bradenton and couldn’t repeat last year’s stats. He was on track to be a possible MLB bench option one day, but that suspension really hurt his progress.

10. Pedro Vasquez, RHP – Vasquez was sick for a little while during Spring Training and it seemed like he never really recovered from that malady. He was in Altoona for a short time after he returned, but finished the year back in Bradenton and really didn’t pitch well in either spot. He made a lot of progress in the second half last year and considering that he was 22 years old this season, there was a lot of hope that he could move up in the prospect rankings this year.