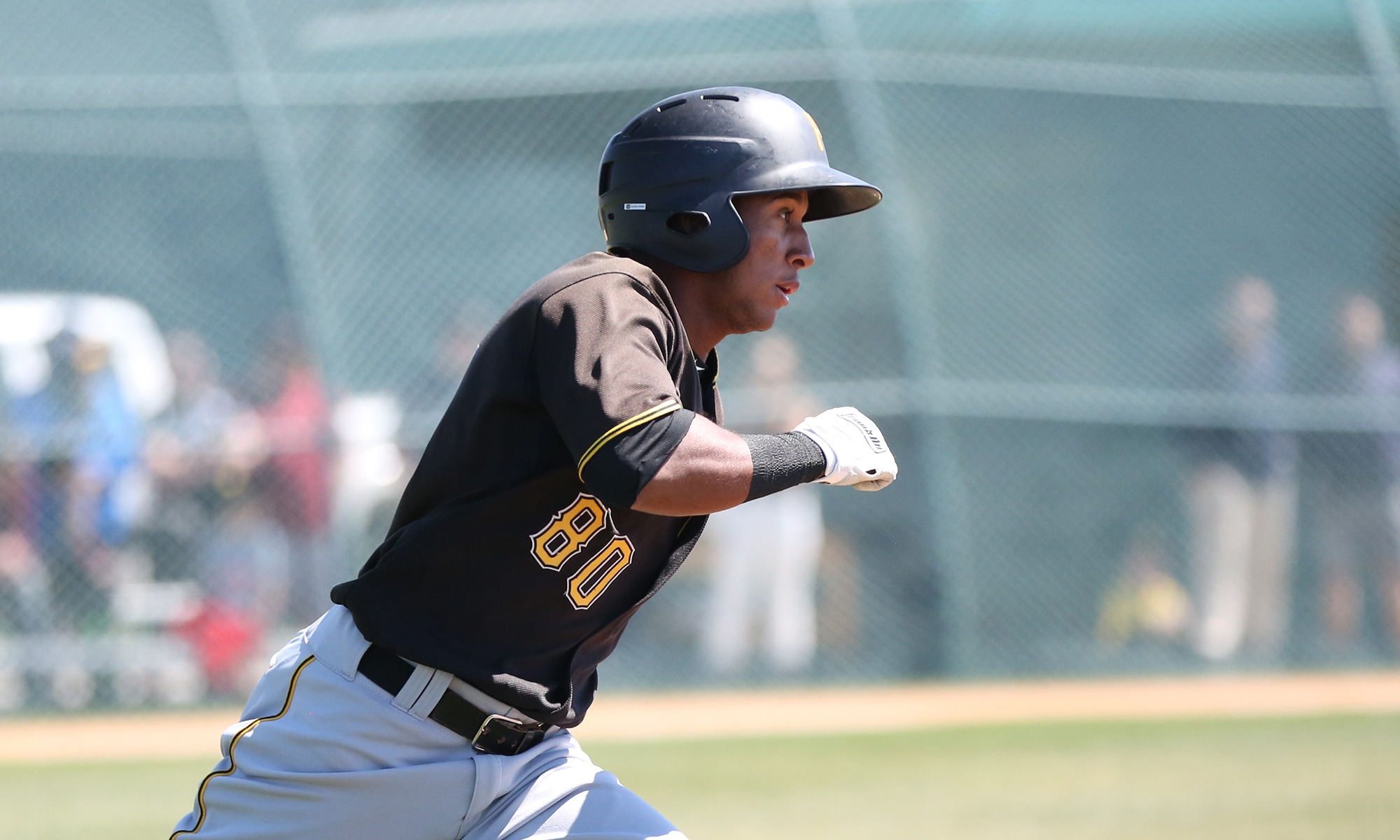 Last week I took a look at five Pirates prospects who took a big step forward this year. The list didn’t include every prospect who had a big year and raised their prospect status, but focused on some of the key players.

This week I’m taking the same approach on the opposite side, looking at five prospects who had disappointing seasons. Once again, this list doesn’t say that there were only five prospects who had disappointing years. I also stayed away from short-season guys, due to sample sizes and the fact that we focus more on stuff than results in those levels. There are still players who disappointed with their stuff in the lowest levels, but those players are still early in the development stage and get a pass for now.

Here are five players who had disappointing seasons this year:

Lolo Sanchez – Sanchez was my breakout prospect pick heading into the season, and well deserved. He was crushing the ball throughout Spring Training, and hitting everything in sight. That followed an impressive season last year in the GCL. He even had a few highlights in his brief appearances in big league camp that put him on the radar as a prospect to follow. But all of that stopped right when the season started. He had a .650 OPS, seeing a drop in his average, despite a similar BABIP, along with a drop in his power, even thought that had been the highlight for him this spring. By the end of the year the Pirates moved him off of center field in favor of Travis Swaggerty. That doesn’t say a lot about his defense, as he’s solid in center, but it might say more about how his stock has fallen. He’s still a toolsy guy, and has everything needed to be a five tool player. He’s also only 19 years old, and won’t turn 20 until next April. It wouldn’t hurt him to return to West Virginia next year and see if he can improve on this year’s results. He was looked at as a potential future impact guy, but that’s a lot more questionable after this year’s results.

Cole Tucker – I wrote an article over the weekend about how Cole Tucker may have been turning things around the final two months of the season, carrying that performance over to the playoffs. However, just because he finished the season on a strong note doesn’t mean he can’t make this list. His overall results led to a .689 OPS. His walk rate was slightly down compared to last year, and his power and average both took a hit. He’s not at the point where you write him off yet, and he could drastically change his status with a solid performance in the AFL this offseason. But Tucker’s season this year raises some doubt about when he could reach the majors, along with wonders about the limits to his upside when he arrives. He’ll either need a strong AFL season, or a bounce back year next year to erase those doubts.

Adrian Valerio – Valerio has always been a toolsy guy, highly touted for his defense at shortstop, and with some offensive potential. He’s dealt with a lack of consistency on both sides in the past — missing some routine plays on defense, and trying too hard to hit for power on offense, which takes away from his game of getting on base and hitting gap shots. Both sides of the game started to come together last year in West Virginia, leading to more consistent play on the field, and a .743 OPS. The defense returned this year, but the offense took a step back with a .608 OPS. That came with a slight increase in his strikeouts, the same extremely low walk rate, and a poor average, despite a similar BABIP as last year. His power also dropped in the process. Valerio is going to need to learn to take a walk in the future, or will need to maximize his average and power like he did last year to offset the lack of walks. Otherwise he’ll be looking like a defense only option with a slim chance of making the majors.

Oddy Nunez – Nunez was one of the breakout guys last year, so it’s disappointing to see him on the opposite list this year. He made the jump to Bradenton at the start of the season, but struggled with a 4.70 ERA in 99.2 innings. He also didn’t see the same velocity that he had last year when he was sitting in the low-90s, saw reduced control and wasn’t getting as many strikeouts. He was eventually demoted back to West Virginia, where his numbers improved in terms of his ERA and his control. However, that raised doubts about whether he can be a prospect going forward, and especially a starting pitching prospect. He’ll probably get another shot at Bradenton next year, but it wouldn’t be a surprise if he switches over to the bullpen.

Mason Martin – Martin was a big surprise last year, putting up record setting numbers in the GCL, with a .307/.457/.630 line and a record 11 home runs. The Pirates gave him an aggressive push to West Virginia this year, but the results didn’t follow. He had a .200/.302/.333 line, and also was benched several times due to a lack of hustle — a common thing for players at the lower levels to send a message about hustling, but alarming that it happened so often with Martin. He was eventually demoted to Bristol, and the good news is that the benchings didn’t follow him, as he wasn’t benched once the rest of the season for a lack of hustle. His numbers still struggled, with a .233/.357/.422 line, along with a n alarming 32.3% strikeout rate. His OPS looks fine due to a high walk rate and good power production, but that can be misleading in the lower levels. Martin can be too selective, waiting on a pitch to crush. That leads to high power, high walks, and high strikeouts in the lower levels, and leads to more results like he saw in West Virginia, where all of the numbers take a dip against better pitching, and the strikeouts still remain high. This is something that can be corrected as a player moves up, but if it’s not corrected, expect Martin to struggle the further he moves up the system with this approach.