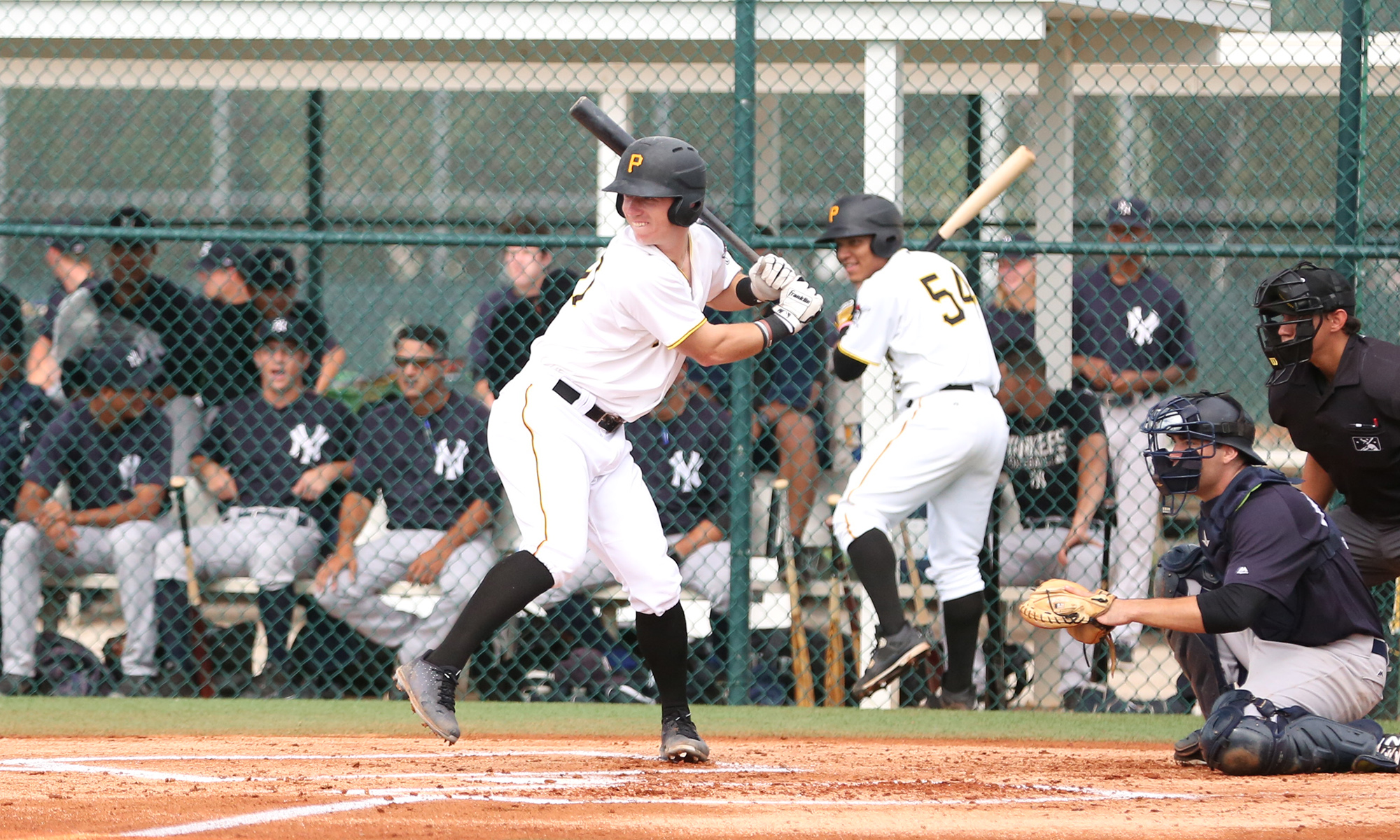 Dorrian did something you rarely see with our Player of the Month. Due to how he split his time between the GCL and Bristol, he isn’t listed in our Players of the Month by level section below. The jump in a level late in the year after the Sherten Apostel trade, helped Dorrian win the overall award. Bristol had more games left and it was a more appropriate level for a college player. He played nine games there and ended up with a 1.124 OPS. Before he left the GCL, he had a 1.072 OPS in 13 games in August. When you combine those stats over the course of a month, you come up with a 1.091 OPS that was more than 100 points ahead of anyone else in the system. That stretch at the plate made Pat Dorrian the Pirates Prospect Player of the Month for August.

Dorrian was signed as a non-drafted free agent not long after the 2018 draft concluded. He wasn’t your typical NDFA player because he wasn’t eligible for the draft. He signed with the Atlanta Braves out of high school as a 12th round pick in 2014. Shortly after joining the team, he decided that he wasn’t ready for the life of a pro baseball player just yet and he needed to go to college first. Dorrian couldn’t get into a Division I school because he signed a pro deal and the NCAA has rules against Division I players having previous pro experience. So after his college season ended this year, Dorrian needed to wait until the draft was over before he could sign a pro contract. While some other teams were showing interest, the Pirates ended up being the first team to make him an offer.

Dorrian put up big stats at Lynn University for two seasons and they immediately carried over to pro ball. That’s not a big surprise that he hit well because he was in the GCL, but it’s not a given that you’re going to hit just because you’re older than the average age of the league. The Pirates put some 2018 college draft picks in the GCL this year and watched them struggle at the plate. Dorrian hit from the start, putting up a .328/.427/.511 slash line in 40 games in the GCL, which was good for the third highest OPS in the league this year. He was our Player of the Month for the GCL in July and was considered for the overall award, which ended up going to Jonah Davis.

The strong finish after moving up a level helped show that he wasn’t just a college player beating up on younger players. He was able to compete against a more age appropriate group of players. It would have been great to see how he could handle playing in Morgantown, or even if he got to Bristol sooner, but the Pirates had Sherten Apostel at Bristol and Mike Gretler, the tenth round pick, at Morgantown. That didn’t leave any room for a third baseman to move up in the system. So Dorrian just did his best at the level he was at, then once he got a promotion, he continued to succeed.

It will be interesting to see how the Pirates handle him next year. First off, he has to earn a job in West Virginia, which isn’t going to be an easy job for an NDFA player. He was more of a middle infielder in college, so there’s always the possibility that he switches positions next year, or he becomes a utility fielder. The one thing that is guaranteed is that if he keeps hitting like he did this year, they will have no trouble finding a place for him to play. He has a nice mix of plate patience and power, which got him drafted out of high school and helped him put up big numbers in college. It carried over to pro ball and it should help him at the high levels as well if he’s given the proper chance.

PLAYERS OF THE MONTH BY LEVEL