Morning Report: Are Things Starting to Come Together For Cole Tucker? 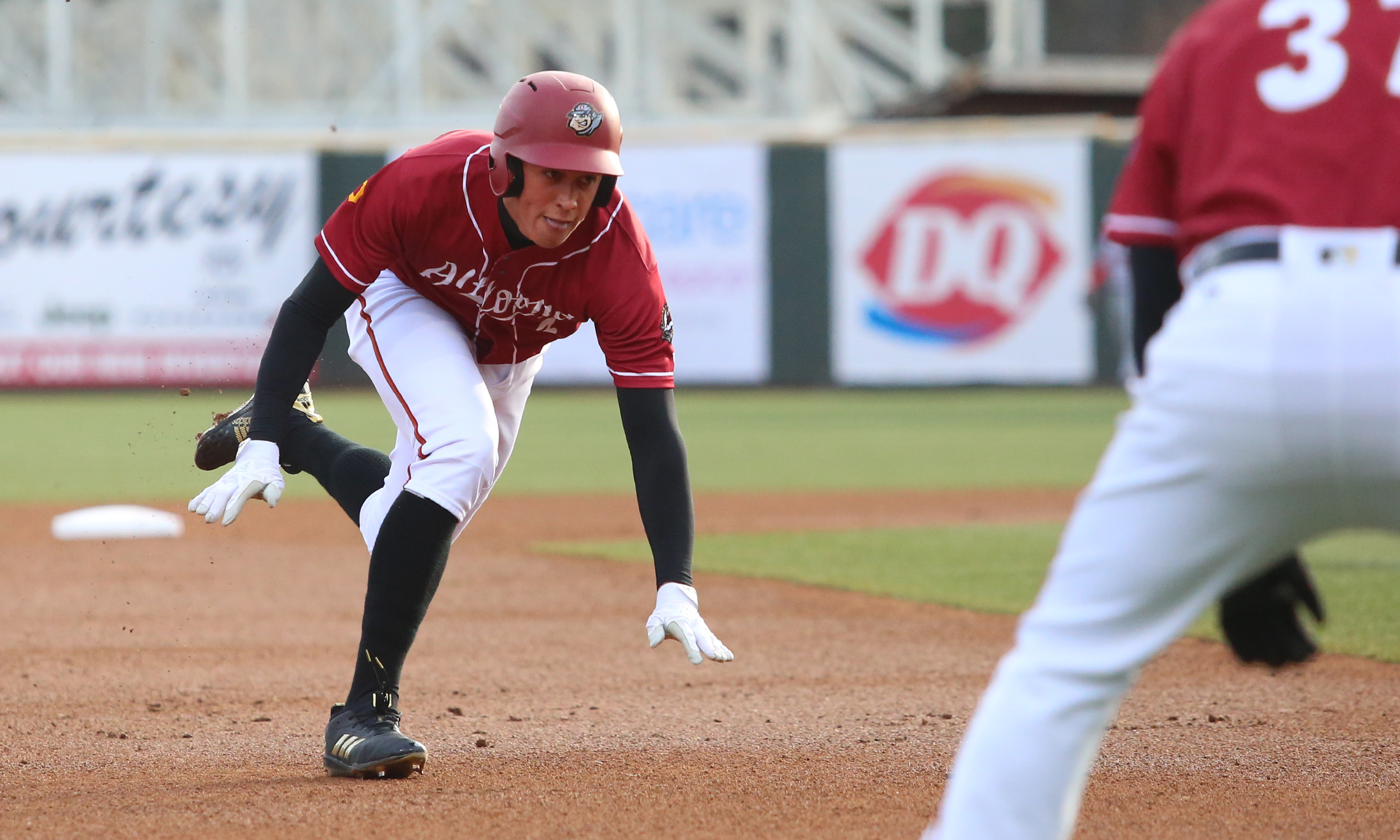 The player who led to the most divide in our mid-season prospect rankings was easily Cole Tucker. We ranked him third in the system, and the second best hitting prospect behind Ke’Bryan Hayes. That ranking wasn’t unanimous, and honestly very few of the rankings are unanimous. But this placement led to a longer debate than most.

When we released the list, the debate returned on the public side of the rankings, with several people chiming in that they would have Tucker ranked lower.

That’s understandable. He just finished his first full season in Double-A, hitting for a .689 OPS. That’s not much higher than his .704 OPS in his minor league career. His best total is a .790 OPS in Bradenton in 2017.

By comparison, Hayes only has a .755 OPS in his minor league career, but had an .819 OPS this year, showing that he took a step forward on offense, and leading to his jump in the rankings.

Tucker was already high in the rankings. This wasn’t a case of us moving him up, but waiting a bit to move him down. Typically you grade based on tools and skills in the lower levels and when players are younger, while grading more on results as they get older and reach the higher levels. Tucker is at that stage where it’s time to start putting more weight on his actual performance, rather than banking on his potential and future improvements.

We treated him in the rankings more like a lower level player, letting the tools win out over the poor numbers.

Those tools are still on display, albeit in an inconsistent manner. Tucker hit for a .777 OPS after the Eastern League All-Star break, with a .281/.370/.407 line. The average and OBP were there, but the .126 ISO could use some improvement. Tucker has power, but hasn’t shown that much this year.

Perhaps that is changing lately as well. Or maybe we’re just getting a small burst of power that would remain inconsistent. He has homered in each of his last two games, including a grand slam last night that led Altoona to extend their playoff run for another game. He has three home runs in his last nine games, after previously going a month without hitting a homer.

Tucker is going to need to be more consistent than this. I’ve seen good results out of him sporadically at his worst in 2016, when it felt like his potential would only shine through in one out of every five at-bats, with the other four being weak ground outs. I saw more consistent results when he returned to Bradenton last year. He struggled in his jump to Altoona, then hit well down the stretch that year.

He hasn’t shown anything close to that this year, outside of the final two months of the season. I’m sure he’s going to be a big debate again for the pre-season rankings next year, which will come after seeing what he can do in his AFL performance.

I’m also interested to see how the Pirates handle him next year. Will they keep him in Altoona again, hoping for better numbers? Or will they continue to push him, even without the numbers to back up the promotion, banking on the skill?

The situation reminds me a bit of Kevin Kramer. He didn’t have the best numbers in the lower levels, but finally put up results in his age 23-24 season, was placed in the AFL by the Pirates, and got the push to Triple-A this year, making the majors a month before he turns 25.

Tucker got a more aggressive push out of high school. This was his age 21-22 season, turning 22 in July. By comparison, Kramer was in West Virginia and Bradenton at those ages. Kevin Newman was in West Virginia during that time. Continuing the comparison, 2018 first rounder Travis Swaggerty will likely be in Bradenton next year for his age 21-22 season.

I haven’t been as hard on Tucker’s numbers because I believe he’d be putting up better numbers if he was in West Virginia or Bradenton this year. The Pirates have given him a lot of aggressive pushes out of high school, and if he would have come out of college in the 2017 draft, he would be looking at making his full-season debut in Double-A next year.

I’d expect the Pirates to continue pushing him, especially if he does well in the AFL this offseason. He still needs to show results, and preferably that would come next year after an AFL and possible Indianapolis push.

As far as upside, he’s got the highest of any shortstop prospect in the system, including Kevin Newman. The Pirates are good with Newman for the time being, but they’re going to need to see some results out of Tucker soon in order for him to eventually take over that starting role.

Today’s Starter and Notes: The Pittsburgh Pirates won 5-3 over the Miami Marlins on Friday night. Ivan Nova will get the start today, coming off of his outing on August 28th in which he allowed four runs over 3.2 innings against the St Louis Cardinals. The Marlins will counter with left-hander Wei-Yin Chen, who has a 4.64 ERA in 114.1 innings, with 92 strikeouts and a 1.30 WHIP. He has allowed a total of one run over 14 innings in his last two starts combined (same line as Dan Straily from yesterday).

The Pirates are in fourth place in their division, trailing by 13.5 games with 21 games left on the schedule. They trail the second wild card team by eight games.

The minor league schedule includes Altoona playing game four of their best-of-five first round playoff series. Dario Agrazal is scheduled to get the ball today. He faced Akron twice this season and threw 13 shutout innings on just four hits. The downside to those games in that they came on April 6th and April 19th, so it’s been almost five months. In his last two starts combined, he has given up 23 hits and 15 runs in ten innings. The Akron pitcher is Sean Brady, who faced Altoona five times this year and has given up at least three runs in every outing.

From Altoona’s playoff game on Thursday, not the best videos, but the Curve posted GIFs of Cole Tucker’s lead-off homer and Matt Eckelman sending the game into extras with a strikeout.

GONE. @cotuck starts things off with a bang. His lead-off homer has us up 1-0 in the first. #FullSteamAhead pic.twitter.com/SxcJuSwfO6

We're heading to extras in Akron

Six former Pittsburgh Pirates players born on this date, plus a game of note. Starting with the most recent players first, we have 1994-95 pitcher Mike Dyer. He pitched 69 times out of the bullpen between mid-1994 and the 1995 season, both of which were interrupted by the strike. Dyer was put on waivers and lost to the Expos at the end of Spring Training the following season.

Jim Smith, 1982 infielder. Made the Opening Day roster after the Pirates traded away infielder Vance Law. Smith saw very limited playing time, hitting .238 with seven errors, serving as the backup for all three infield positions. The Pirates sent him to the White Sox after the season, where he was in the minors as depth behind Law.

Jim Bagby Jr., 1947 pitcher. He is famous for being the last pitcher in the game that ended Joe DiMaggio’s 56-game hitting streak. Bagby only played one year in Pittsburgh, but he has an interesting footnote to his career. His dad Jim Bagby Sr. pitched for the 1923 Pirates. They both spent most of their career in Cleveland as well. The older Bagby won 31 games for the 1920 Indians team that won the World Series.

Val Picinich, 1933 catcher. Played 18 years in the majors, although he only played 1,037 games. Signed with the Pirates in June 1933, getting into 16 games. He caught 86 starts from Walter Johnson.

Rosie Rosebraugh, 1898-99 pitcher. Pitched four games as a September addition in 1898, then made two unsuccessful starts the following year. That was his only Major League experience.

Russ McKelvy, played right field for the Pittsburgh Alleghenys on August 24, 1882. Went 0-for-4 in his only game. His only other Major League time was in 1878 for Indianapolis, where he led the league in games played. McKelvy played for the 1877 Pittsburgh Allegheny (no “S” at the end) of the International Association. That team/league is considered the first minor league ever.

On this date in 1909, the Pirates lost 4-2 to the Chicago Cubs, the team that trailed them by five games in the standings. In most seasons, the Pirates would be running away with the NL crown with a 90-36 record, but the Cubs were holding tough. This loss though would be the low point for the Pirates, as the next day they beat the Reds by a 3-1 score. That win was the start of a 16-game winning streak that put the NL title away at the end, and the season finished with their first World Series title.