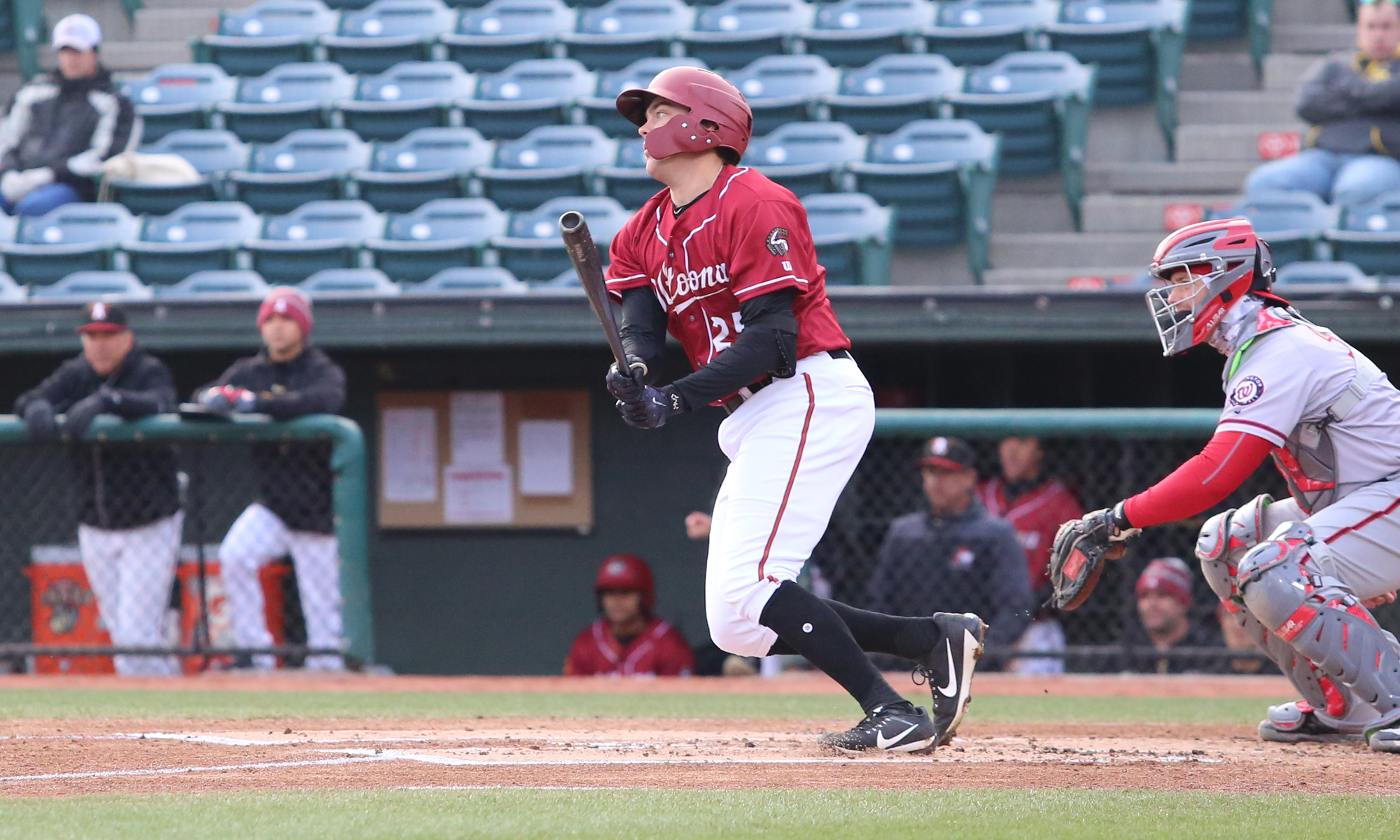 Switching up the live discussion topic because the Pittsburgh Pirates are off today. This will also serve as the Prospect Watch for Altoona’s playoff game against Akron. I’ll be adding updates below as interesting things occur during the game. You can follow along with the game here, either with the boxscore or watch along if you have MiLB.tv.

Eduardo Vera gets the ball today in game two, trying to send the series back to Altoona even up at one win apiece in the best-of-five first round series. Vera has allowed just one run in his last 20.2 innings, while striking out 22 batters. He faced Akron four times this year and posted a 2.78 ERA.

Akron is going with Jake Paulson, who had a 3.04 ERA in 115.1 innings in Double-A this season. He faced Altoona once back on July 1st and gave up three runs over five innings.

That didn’t take long for the scoring to start. Cole Tucker begins the game with a home run. Curve up 1-0.

Vera walks one in the first, but erases that runner on an inning ending double play. Curve up 1-0 after one inning.

A quick top of the second (game is only 19 minutes old) ends on the third double play already. Curve up 1-0.

Cole Tucker and Ke’Bryan Hayes are both 2-for-2 after singles in the third, but Bryan Reynolds can’t come through with a two out hit. Curve up 1-0 heading to the bottom of the third.

Vera gets through the third inning on just six pitches. Curve up 1-0.

Curve hit into their third double play in the fourth inning, Logan Hill strikes out to end the frame. Curve up 1-0.

Vera has retired ten batters in a row, using eight pitches to get through the fourth inning. These team must have a train to catch with four innings in 51 minutes. Curve up 1-0.

Altoona avoids the double play in the fifth by hitting three straight ground ball outs in another quick half inning. Curve up 1-0.

I lost the video feed in between innings, but Vera has retired 13 in a row now, with his third straight inning under ten pitches. He’s at 46 pitches through five frames. Curve up 1-0.

Curve go down in order again, Tucker, Hayes and Reynolds this time. Curve up 1-0.

First hit for Akron to start the top of the sixth. A second single, followed by a ground out, ties the game. Vera throws a wild pitch to move the runner to third base, before getting the second out on a strikeout. A ground out kept the game tied and sent it to the seventh. Game tied 1-1.

A Logan Hill walk with two out in the seventh broke a string of ten in a row retired. Jordan George followed with a ground out to send it to the stretch. Game tied 1-1.

Vera retired them in order in the seventh. He’s at just 71 pitches. Akron going to the bullpen. Game tied 1-1.

Two Akron pitchers combine to retire the side in order in the eighth. Their last hit was a Will Craig single to start the fourth inning. Game tied 1-1.

Vera gets them through eight innings, with one runner reaching on a booted grounder from Cole Tucker. Game tied 1-1.

Hayes just missed a home run to lead-off the ninth. Had the distance, but it went foul. He then struck out. Reynolds walked next to bring up Will Craig and bring out a new pitcher. That pitcher is Jordan Milbrath, the Pirates Rule 5 pick this past winter…stay tuned. Craig flew out to right-center, then Reynolds was thrown out at second base trying to move up on a ball in the dirt. To the bottom of the ninth we go. Game tied 1-1.

Matt Eckelman out for the ninth. Vera allows a run on two hits and a walk in eight innings. Have I mentioned that he’s a free agent at the end of the season?

Eckelman with two strikeouts and a fly out. We are headed to extra. Game tied 1-1.

Just a note that playoff games in extra innings don’t have the designated runner. I noticed the boxscore log says they do, but they don’t. Altoona went down in order, then Akron won it on a homer on the first pitch of the bottom of the tenth.

Series is now 2-0 Akron, with the next three games in Altoona. Each game will be an elimination game for the Curve in this best-of-five series. James Marvel is the scheduled pitcher tomorrow. Live discussion tomorrow will go back to the Pirates game.