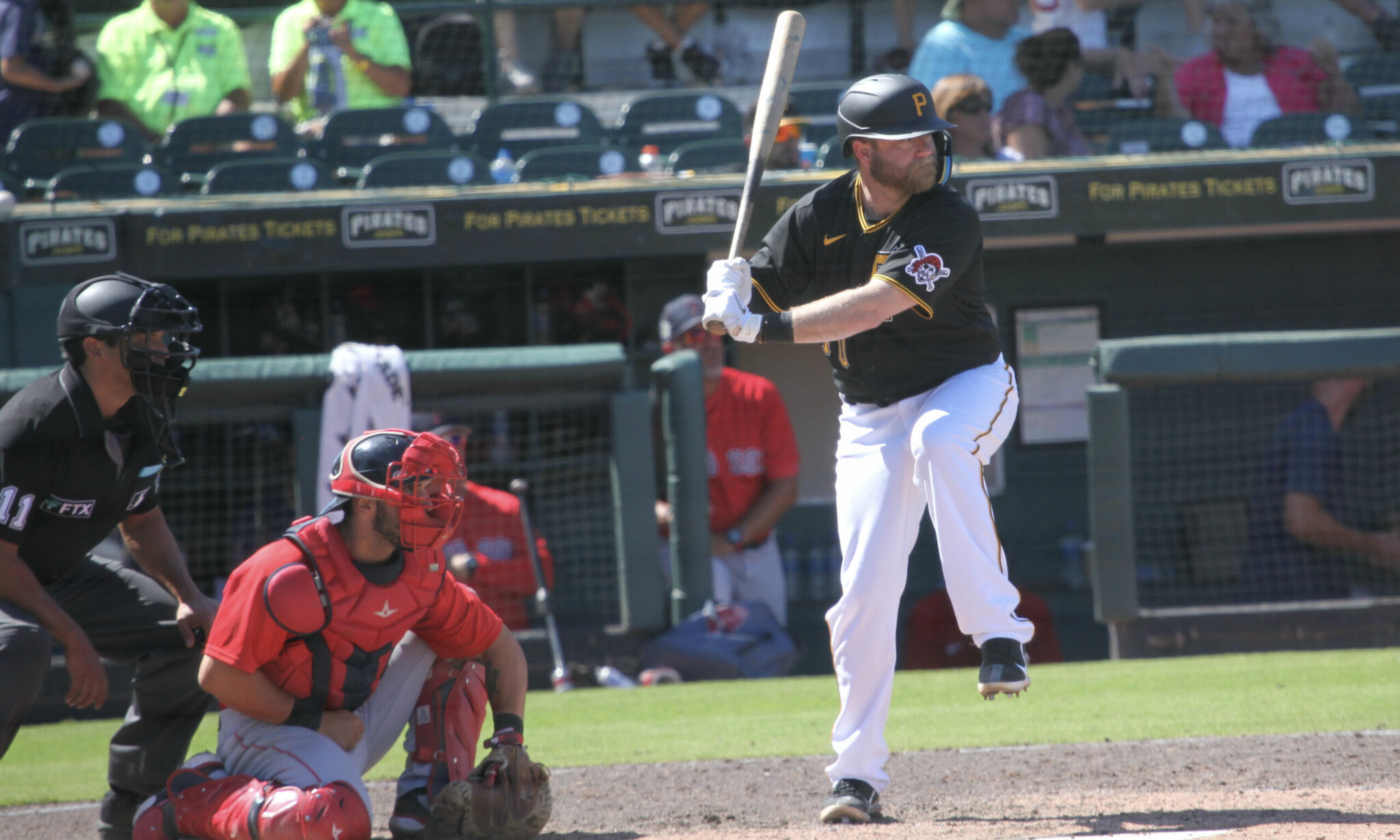 The Pittsburgh Pirates had to make some moves ahead of Thursday’s day game against the Milwaukee Brewers. Catcher Tyler Heineman was placed on the 10-day Injured List with a groin strain, and pitcher Dillon Peters was placed on the 15-day IL with left elbow inflammation. To take their place on the 26-man roster, left-handed pitcher Eric Stout was recalled from Indianapolis and catcher Taylor Davis was added to the 40-man roster and recalled. The 40-man roster had an open spot after the trade deadline.

Davis has played parts of four seasons in the majors, including time with the 2021 Pirates, though that has amount to 22 games. The 32-year-old can play both corner infield spots as well. He’s been with Indianapolis all year, where he was hitting .282/.358/.320 in 35 games.

Stout has split the season between Triple-A and the majors with both the Chicago Cubs and the Pirates. His big league time has been limited to four games so far. He has allowed one run in 11.1 innings with Indianapolis, and one unearned run in 1.2 innings with the Pirates.

I’m surprised it wasn’t Oviedo. Maybe this indicates they are stretching him out to start.

Figured it would be Davis. Might be last games with Pirates org as he’ll be dropped from 40 and subject to waivers soon as Heine returns. Couldn’t risk that with Bins.

Bins is struggling at Indy with a 36.5% K rate. I don’t know that I would even consider him for a callup, but I definitely wouldn’t be fazed by the “risk” that they might lose him on a waiver claim either. At this rate, Delay is probably the presumptive 2nd catcher in 2023 backing up a free agent signing, and the emergency 3rd catcher could easily be someone like Ritchie while Hank Davis gets his reps in the upper levels. I wouldn’t lose sleep over Carter Bins one way or the other.

All that said, it’s both cleaner and in line with what they’ve been doing all year to do the vet a solid and call him up to the show. Get some major league pay in the bank account.

At this point, they’re probably considering just pulling the Fort out of the broadcast studio.