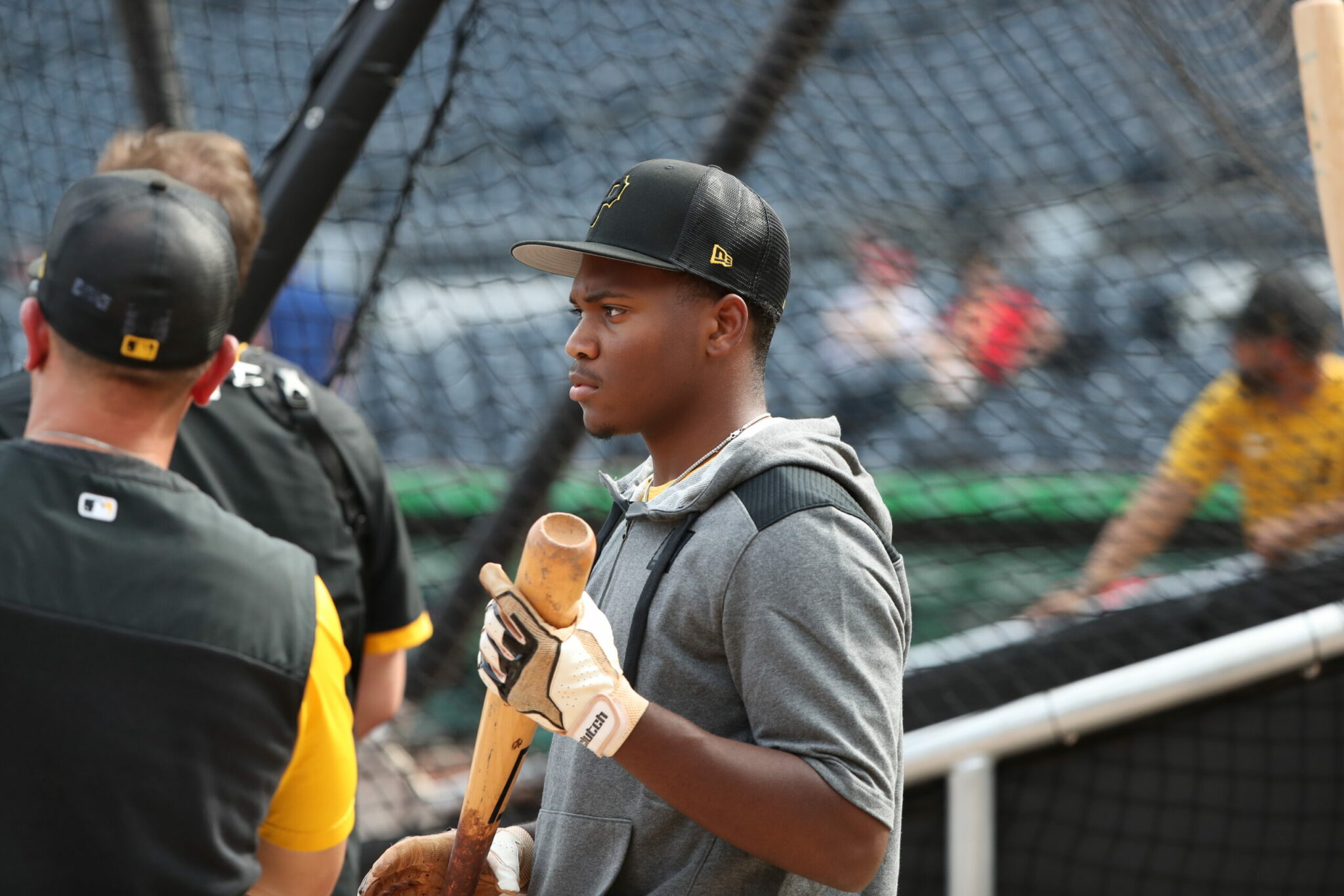 Baseball America updated their farm system rankings to include draft picks on Thursday and the Pittsburgh Pirates saw a drop from their preseason rankings, despite having five top 100 prospects in the latest BA update.

The Pirates ranked third in the preseason rankings when they had Oneil Cruz and Roansy Contreras among the top 100 prospects in the game. Both players have graduated from prospect status this year, as well as numerous other lower tier prospects like Jack Suwinski, Cal Mitchell and Diego Castillo. Even with draft picks added, including Termarr Johnson ranking tops in the system now (44th overall), the Pirates dropped to ninth in the mid-season organizational rankings.

While ninth is still a strong farm system ranking, the Pirates got jumped in the rankings by two NL Central teams, the Cincinnati Reds (seventh preseason/fifth mid-season) and St Louis Cardinals, who leaped from 22nd to seventh. That Cardinals ranking is impressive considering that they didn’t draft high this year and they were buyers at the trade deadline, trading with the Pirates. That’s all from development.

The Baltimore Orioles hold the top spot, and they are followed by the Los Angeles Dodgers. Cleveland (3rd), Arizona Diamondbacks (4th), Texas Rangers (6th) and New York Mets (8th) are the other clubs ahead of the Pirates. The other two NL Central teams rank 13th (Milwaukee Brewers) and 16th (Chicago Cubs).

Just looking at our past 1st round picks tells me why they are now ranked 9th. Newman, Tucker, Swaggerty, Gonzalez haven’t looked like 1st rounders. Baz was traded away and Davis is always hurt. Priester has been the only decent one.

Cardinals ranking is impressive considering that they didn’t draft high this year and they were buyers at the trade deadline, trading with the Pirates. That’s all from DEVELOMENT.
That’s the operative word. I’m guessing, but in the last 15 years the Cardinals never pick ahead of the Pirates. Yet, look at their record. The Dodgers, Yankees and Tampa all are superb at developing talent. I thought this new management would be different, but this year might prove them just like all the would be coaches they have hired.

Their first four picks from the 2020 draft are all now Top 100 prospects, absolutely remarkable.

in my opinion, a number of the Pirates “prospects” are no longer real prospects – although a do agree a player can turn things around from one year to the next. For example, I do not consider Swaggerty, Martin, Yajure, MacGregor, or Bolton to be prospects and I don’t expect any of them to be productive and successful major leaguers for the Pirates. Performance and age played a role in my assessment of them. Guys like Siani, Head, Escotto, Yean, Bins are all trending in that same direction as well…..

Considering how high they have been drafting for the past 5-6 years and all of the seller trades made over that time, being 9th in farm system ratings is pretty poor. I am not shocked that the Cardinals have leap-frogged the Pirates however – they are a real professional baseball organization run by competent ownership and management.

The ranking is not good when you consider our top prospect is there only because of reputation. He has but a dozen or so AB’s as a professional.

Not much high talent near the majors to help this god awful team. The crap will continue for the next few years at the MLB level.

I still see people praising their 2021 draft. That might be as big a myth as the system ranking of the last few years. All these high ranks have yet to improve the major league team.

I prefer seeing our system ranking in this range as it clearly implies there is talent there but shifts the narrative a bit from “Cherington has built this great system–be patient” to “there is work to be done with development”.

And it’s a fair ranking as our prospects still aren’t transitioning their potential to major league success and with Cruz and Contreras having graduated, there is nobody left behind that has shown quite their upside yet.

Well the Reds traded off a bunch of quality vets for top prospects. As for the Cards more
fairy dust spread on a few high picks 😉

Do the hot seats get hotter?

Is this a vote of no confidence for the Build?

Last edited 1 month ago by James_Robert5
0

No, just no. This has no bearing on any Pirate operations. All a matter of opinion (see- post from 20 min ago with higher rankings on the farm). What the media thinks of the farm has nothing to do with how the team is run.

Have they called Endy up to the big league team…

That is a valid concern. Looking at his game log,…

would like to see Sabol break camp with the team…