P2Daily: Nick Garcia Leads a Strong Weekend of Pitching in the Pirates System 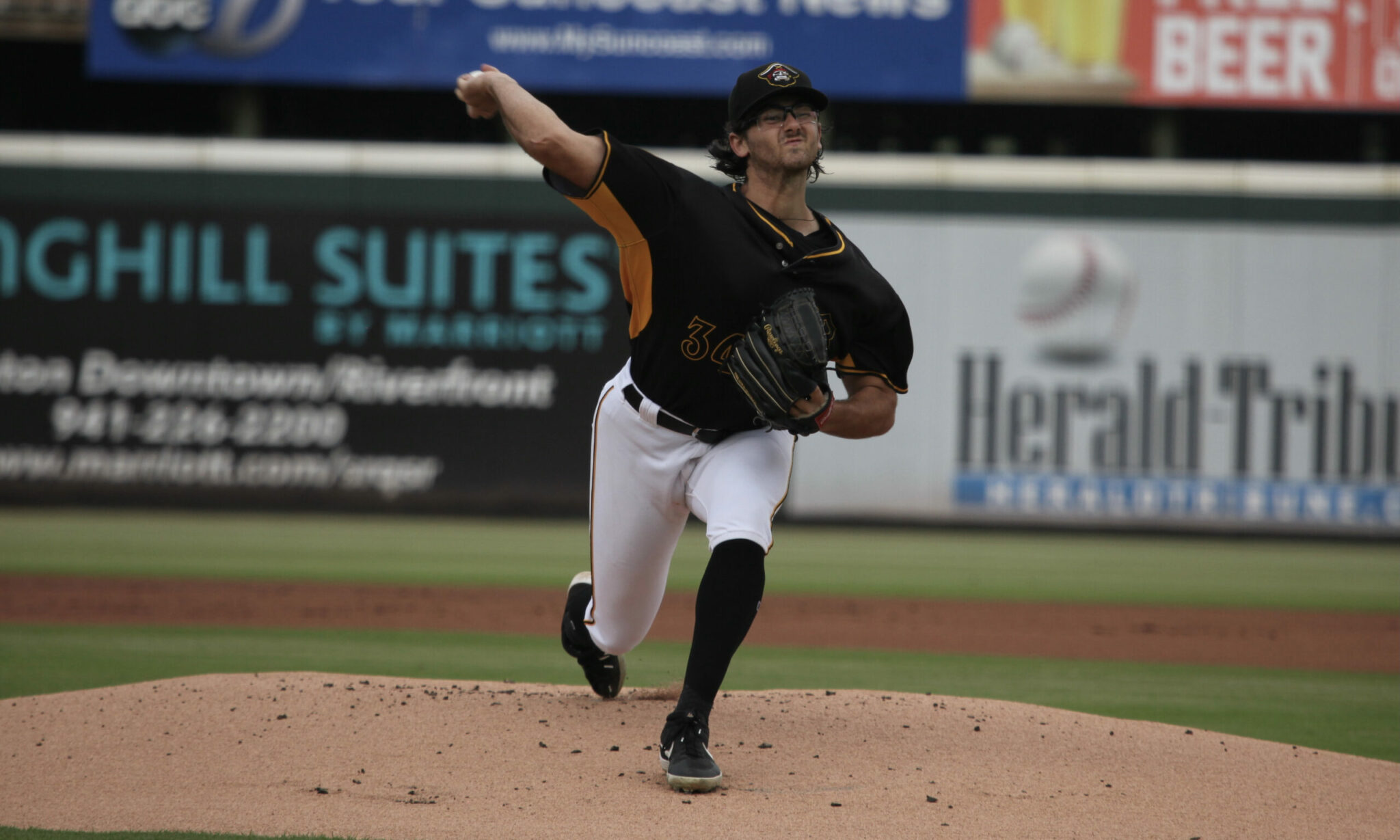 This past weekend saw some fantastic pitching performances in the Pittsburgh Pirates’ system — most notably by Quinn Priester and Mike Burrows making their Double-A and Triple-A debuts, respectively.

It also went deeper into the system, with Carlos Jimenez pitching four innings in relief for Bradenton, striking out seven. Maybe the biggest performance over the weekend was Saturday’s double-header by Greensboro, pitching a pair of shutouts against Hudson Valley.

Game two saw Sean Sullivan throw six shutout innings to wrap up the double-header. I highlighted him that morning on how his fastball command was the driving force of his approach facing pitchers.

It was Nick Garcia that stole the show for the Grasshoppers, pitching a complete game (seven innings) shutout in game one. He allowed just three hits, struck out four and threw 50 of his 92 pitches for strikes.

While it’s an often overused talking about the home ballpark in Greensboro, it’s for good reason. It can be hard to pitch there, but that hasn’t deterred Garcia. He’s in fact relished in the opportunity, putting up better numbers at home than on the road.

Part of the small draft class in 2020, Garcia didn’t have the most experience on the mound, starting at Chapman as a third baseman before moving to the bullpen the year they won the Division III World Series. He moved to the rotation in the shortened 2020 season, so he was on the raw side, which explains him spending all of last year in Bradenton.

Now this season, on a team that has struggled to have anyone stand out, Garcia has been one of the stabilizing forces in the rotation.

With his performance, there may be an opportunity to move up, as two spots opened up with Altoona after Noe Toribio and Travis MacGregor were promoted to Indianapolis. The Curve have had to scramble at times with their pitching staff, opting for bullpen games multiple times in a week.

Garcia could be an option to fill out one of those rotation spots. With Nick Gonzales hurt, and Jared Jones struggling a bit in Greensboro, Garcia could be a fast riser out of that draft class.