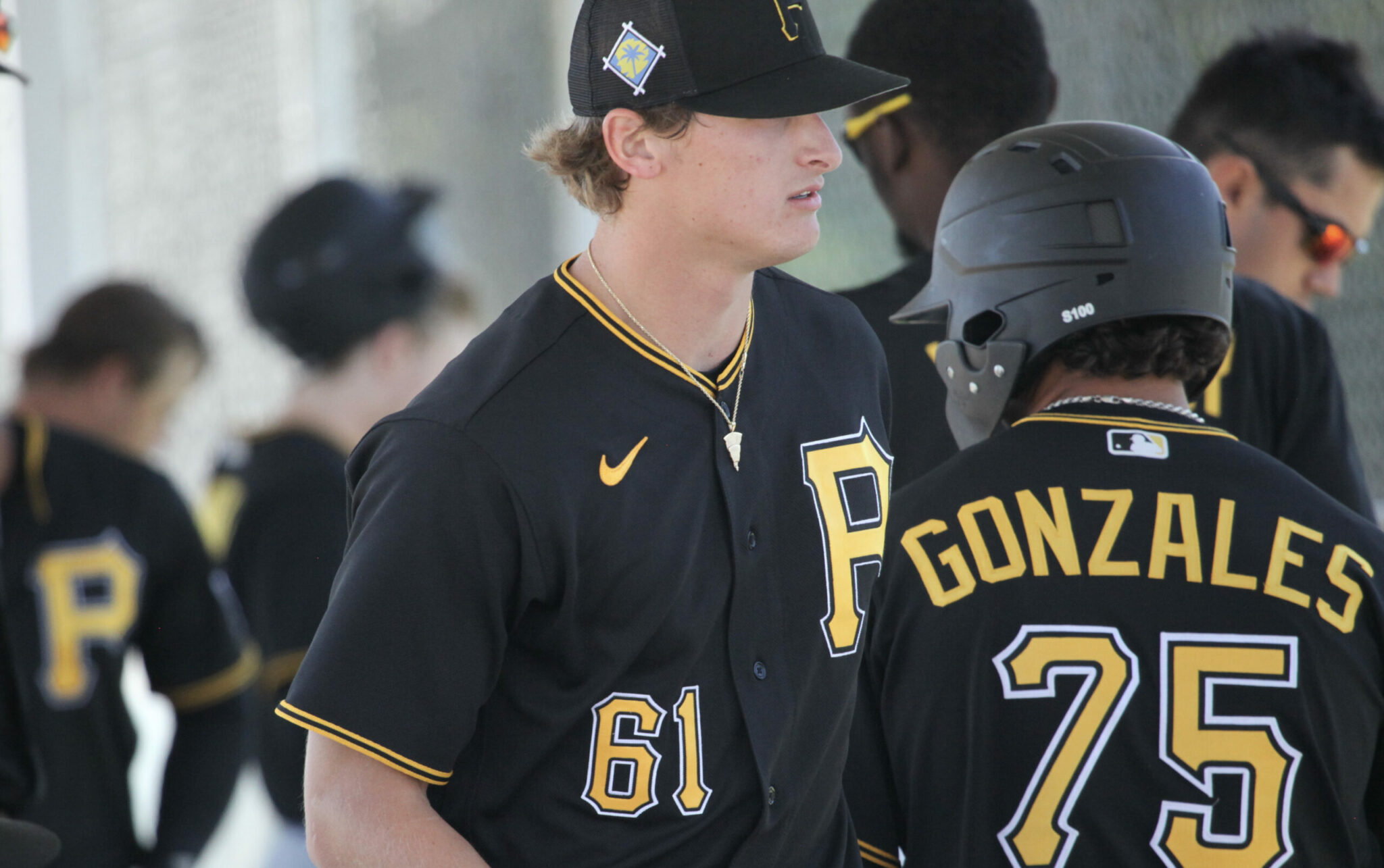 After making one rehab start that went great with Bradenton and one that didn’t go so well with Greensboro, 21-year-old right-handed pitcher Quinn Priester has joined Altoona, where he was slated to start the 2022 season before being sidelined by an oblique injury. Priester tossed three no-hit frames in his season debut, then gave up five runs in 2.2 innings with Greensboro.

We heard about the move a few days ago, but Mike Burrows was officially promoted to Indianapolis today. Priester will slide into Burrows spot, which was coming up on Sunday. Burrows will now start for Indianapolis on Sunday. He also got roughed up in his last outing, but before that game, he was leading the Eastern League in ERA, while ranking top three in WHIP and BAA as well. In 52 innings with Altoona, he had a 2.94 ERA, a 1.10 WHIP and 69 strikeouts.

Some other moves from today include Jasiah Dixon moving up to Bradenton to replace Luke Brown, who was promoted to Greensboro. Dixon has played just two FCL games this year. He began the 2021 season in Bradenton, but got sent down to the FCL to finish the season. Brown hit .234/.376/.287 in 33 games for Bradenton.

Nic Laio has been released. He was a minor league Rule 5 draft pick over the winter, but his only time this year came in the FCL last week at 25 years old. Eudys Carrasco was also released. He played for the DSL Pirates during the 2019 and 2021 season, but did not appear in a game this year.

Quinn just in time for Altoona hockey jersey auction. Not cause I’ll bid on his, but hopefully he’ll take attention away from others.

Keep up that attitude and you’ll never write for the organization. 😉